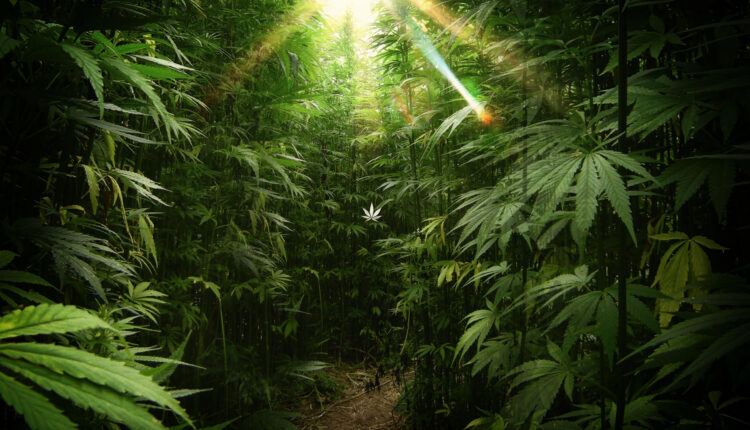 Pop onto the internet for at least five seconds and it’s clear: everyone’s “buy” fingers have been itching lately, thanks to all the news concerning SAFE banking and the NDAA, along with some other chatter about the specter of federal legalization. Basically, after a deeply punishing year for pot stocks, the dominant narrative this week seems to be that it feels good to feel good.

Three companies, in particular, have been heating up chatter this week: Green Thumb Industries (GTBIF), Verano (VRNOF), and TerrAscend (TRSSF).

Regarding TerrAscend, the recent news has been solidly good, especially considering their Gage acquisition. Gage CEO Fabian Monaco gave a solid interview to The Dales Report following the news, which showed spot on foresight about Massachusetts, Pennsylvania, Michigan, and the New Jersey markets and displayed that TerrAscend and Gage together should prove to be a powerful duo in the future. Green Thumb is regularly lauded for solid fundamentals and good leadership, while Verano is making waves for being a good value play. All of them, importantly, are well-positioned for recreational cannabis to come online in New Jersey, which is expected early next year.

I checked in with CB1 Capital’s Todd Harrison, who holds positions in each, to find out what he thinks makes each of these picks really tick.

“All of the stocks have reset from where they were earlier this year,” Todd Harrison of CB1 Capital, adding that the lag goes back to last year’s election. “So, we’ve reset. Call it a second bite of the apple, perhaps.”

“Verano came public into that February top and then caught that headwind of the sector de-rating and then an unlock… but the net result in what you’ve come out with now is the missing “A” in cannabis “FAANG,” he says, outlining the other “fab four” of so-called blue chips that make up its ranks: Curaleaf (CURLF), Green Thumb Industries, Trulieve (TCNNF), and Cresco (CRLBF).

Harrison is bullish on Verano because “you’re able to buy it at 5x next year’s earnings — that’s just stupid,” he said, emphasizing that he means “stupid” to be almost too good to be believed.

Harrison says there’s “two sides to the Verano story,”— the quantitative side and the qualitative side.

“We knew the math, right? I mean, you look at how this is trading at quality for 2022, even 2021, is seven and a half times the projected EBITDA versus 16 times for its peer group, 25 times versus 10 times,” he says. He explains that it’s being traded at half of what it really is, continuing the narrative of discounted multiples playing out in U.S. MSOs right now. All of this is a result of the murky regulatory climate and the various ways in which that falls out and he finds Verano to be a perfect example.

Regarding Green Thumb, Harrison touts what he considers to be stellar management and plenty of wind at its back. ​​”They’re among the best of breed in terms of their management team. They’re also probably the best cap table in U.S. cannabis, just given their early sponsorship from people like Leon Cooperman,” he explains, noting the stock’s “significant pullback” but reminds me that he very much believes when things go truly legal, this will be one of the top institutions standing.

As for TerrAscend, much of Harrison’s faith lies in CEO Jason Wild. But there are other attractive attributes. “Earlier this year, it was trading 20 times 2022 earnings. Now, you will get this on the back of Gage and pro forma you’re talking about maybe five times, if not cheaper, of next year’s earnings,” he says. Still, as it usually does, part of the assessment comes back to management.

“Jason Wild is as good a jockey as there is in the space. I would say all three of the CEOs are exceptional, right?” he says of the triplicate of TerrAscend, Green Thumb, and Verano.

“If you want to bet on the jockeys, I think Jason and Ben are probably, you know, as good of a pick as any,” Harrison says, referring to the CEOs of both TerrAscend and Green Thumb. “Jason, having pulled his guidance, I think a lot of people misunderstood that when in actuality, he was trying not to gain the timing of New Jersey coming online. He’s moving that product into premium channels for next year, which is much better margins. And I think 2022 numbers are going to prove why it’s really discounted multiple.”

Harrison is back from a recent trip to Chicago to talk shop with the Verano team and he left quite impressed. In the end, it all comes down to leadership for these three picks, which he says make up three of CB1s largest positions in pot stocks. “Having spent a couple of days with the Verano team, having known Jason Wild very well and knowing Ben, too, I feel like I can check those boxes as well across the board.”