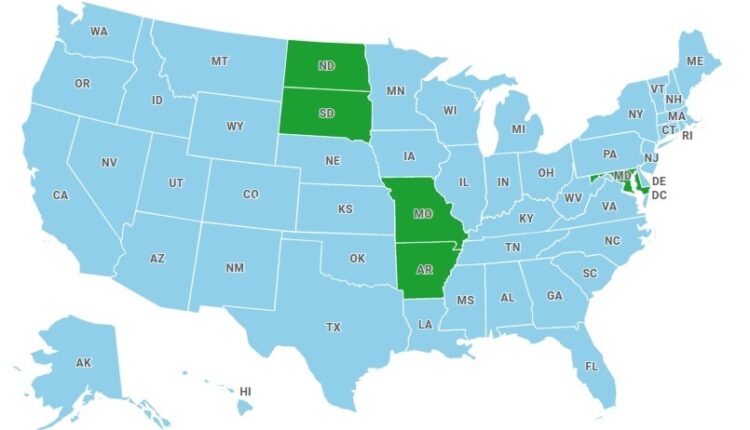 5 State Cannabis Ballot Initiatives To Watch In The Midterm Elections

It’s that time of the year again—the bi-yearly midpoint of a president’s four-year term of office, which means the midterm elections are on the horizon. Constituents will vote on the fate of multiple federal offices, including all 435 seats in the House of Representatives, over 30 Senate and state governor races. The festivities kick-off on Tuesday, November 8 at a polling station near you.

As part of the elections process, the electorate will be voting on an array of cannabis ballot initiatives, defined as a means by which citizens may propose to create, amend, or repeal a state law or constitutional provision through collecting petition signatures from a certain minimum number of registered voters. Successful initiative petition efforts result in the proposal being presented to voters within a state or other local government jurisdiction.

This year, at least five adult-use cannabis ballot initiatives will be presented to the electorate for vote on November 8. While legalization campaigns in Ohio, Oklahoma and Nebraska failed to earmark their initiatives on the 2022 ballot, and will have to wait for another election cycle.

So without further ado, we present the 5 states where adult-use cannabis could approved voters in just a few days.

Initiative: Legalize cannabis use for residents 21 years of age and older and authorize the commercial sale of cannabis.

Initiative: Amends the Maryland Constitution to legalize adult-use recreational cannabis and direct the legislature to pass law for the use, distribution, regulation, and taxation of cannabis.

Initiative: Legalizes the purchase, possession, consumption, use, delivery, manufacturing, and sale of cannabis for personal use for adults over the age of twenty-one; allows individuals convicted of non-violent marijuana-related offenses to petition to be released from incarceration and/or have their records expunged; and imposes a 6% tax on the sale of cannabis.

Initiative: Legalizes the possession of cannabis for adults 21 and older; allows individuals to grow up to three cannabis plants; establishes by October 1, 2023, an adult-use cannabis program to regulate production and distribution.

Initiative: Legalizes cannabis use, possession, and distribution for individuals 21 years old and older.