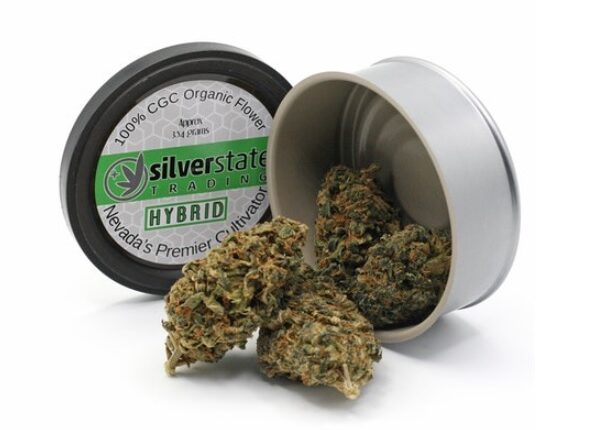 Revenue for the second quarter was $9.4 million, an increase of 15% from Q1.  The Nevada retail operations generated a record run-rate for the quarter, up 23% from the previous quarter.  Gross Margin of $4.8 million this quarter represented a 65% improvement from Q1.  This was driven largely by higher sales, lower delivery costs as the business was able to resume in-store operations, and the substantial efficiency gains achieved in the Oregon operations.

Adjusted EBITDA1 was $3.0 million in the quarter – a 32% EBITDA Margin.  In addition to strong revenues, the quarter benefited significantly from the cost reduction efforts over the last 12 months.  Q2 SG&A expenses were down more than 50% from a year ago.  The consolidation and streamlining of the Oregon operations resulted in this segment delivering its first positive adjusted EBITDA quarter.

President and CEO, Sonny Newman: “C21 has achieved a critical milestone this quarter as evidenced by the significant cash flow generated and our positive earnings per share.  Our focus and hard work over the last twelve months have paid off and we are now in a strong position to capitalize on the next phase of business growth.  Our Nevada dispensaries continue to impress with the record retail revenue achieved this quarter We are confident in our plans to scale and replicate our highly successful operating model as we continue to advance through the process of finalizing our debt facility.”

C21’s Nevada operations remained one of the most profitable in the cannabis sector, with the segment delivering $2.6 million in Net Income Before Tax in the quarter. The Nevada dispensaries generated a record $8.5 million in revenue in Q2, a 23% increase from Q1. This includes July as the first month reporting over $3 million in retail sales.

Subsequent to the quarter, the Company continued to pay down its debt, reducing the principal amount of its notes payable by an additional $1.2 million, bringing the year to date total to $4.8 million. On August 18th, C21 announced existing director, Bruce Macdonald, as non-Executive Chair of the Board. (see corresponding release). During the month of August, the Nevada dispensaries generated their second consecutive month of sales over $3 million.

In September, the wildfires damaged the outdoor farm in Oregon. While the property was protected by a fire break, the plants experienced extreme heat and smoke damage. While the harvest will likely produce no saleable cannabis as flower, it is anticipated that value will be captured through extraction of the biomass, the amount of which is undetermined at this time. The biological assets were valued at $288,446 as at July 31, 2020. The Company will recognize any loss related to the damaged crop during the three months ended October 31, 2020.

About C21 Investments Inc.
C21 Investments is a vertically integrated cannabis company that cultivates, processes, and distributes quality cannabis and hemp-derived consumer products in the United States. The Company is focused on value creation through the disciplined acquisition and integration of core retail, manufacturing, and distribution assets in strategic markets, leveraging industry-leading retail revenues with high-growth potential multi-market branded consumer packaged goods. The Company owns Silver State Relief and Silver State Cultivation in Nevada, and Phantom Farms, Swell Companies, Eco Firma Farms, and Pure Green in Oregon. These brands produce and distribute a broad range of THC and CBD products from cannabis flowers, pre-rolls, cannabis oil, vaporizer cartridges and edibles. Based in Vancouver, Canada, additional information on C21 Investments can be found at www.sedar.com and www.cxxi.ca.

TDR Commentary: While C21 Investments experienced strong revenue growth and cash flow from operations, investors were anticipating a statement regarding the progress of the company’s previously-announced debt facility negotiations. With most of the existing cash flow being used to pay back CEO Sonny Newman, the company’s expansion prospects are limited without an outside injection of growth capital. This fact, along with potential conflicts arising from the CEO owning a significant portion of company debt, have likely helped repress the company’s share price.

However, TDR notes a change in debt facility verbiage versus the language used on the June 29 and August 4 press releases. C21 Investments has chosen the words “continue to advance through the process of finalizing our debt facility” to imply negotiations may be nearing the ratification stage.

It remains to be seen how much impact closing a debt facility will have on the share price—although TDR believes it will be a material event. TDR’s analysis of the June 29 press release titled C21 Announces 3-Year Term Extension For CEO, And Debt Repayment Deferral can be seen here.

Disclaimer: The article’s editor has an existing position in C21 Investments. The above commentary is neither a solicitation nor endorsement to purchase the profiled security. There is substantial risk purchasing C21 Investments based on the commentary provided, and has been published for informational purposes only. The author may divest or make additional purchases of securities without further notice. Please contact a licensed investment advisor if you are considering investing in C2 Investments.