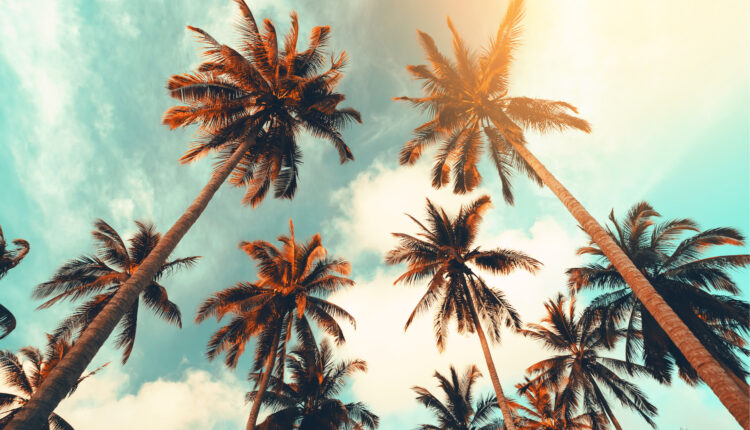 Greetings from sunny Ojai, California, where the top names in cannabis and psychedelics industries have converged for Trailblazers, an invite-only conference geared towards the two nascent and disruptive industries. Executives from various MSOs and SSOs — including Verano, Ayr, The Parent Company, Glass House Farms, and others — as well as the sector’s top bankers and analysts — like those from Roth Capital, Jeffries, BTIG, Seaport, Ladenburg, CB1—have gathered to talk shop.

Naturally, the chatter at the gathering is focused on legislative issues — will SAFE come before federal legalization and when might that happen, if so?; when will interstate commerce enter the chat?

But after the first day of panels and discussions, the liveliest discussion centered on the state of California, which currently operates the planet’s largest legal cannabis market. For obvious reasons, eyes are on the Golden State at a pivotal moment in its legalization cycle. The state is suffering from serious oversupply, which is expected to take years to sort out, according to the direst estimates. Relatedly, the state’s unlicensed market is surging, helping to “unofficially” absorb some of that oversupply while also threatening the profits and long-term health and viability of the legal market. It’s also the country’s most dynamic market with flashy brands and consistent innovation in the CPG sector.

Navigating the California market was the focus of a special panel moderated by Tahira Rehmatullah, who is a partner at Highlands Venture Partners, Co-Founder & CEO of Commons, and member of the board of directors for Akerna Corp., Ceres Acquisition Corp., and Superette. Rehmatullah was joined by Mike Beaudry, VP of Business Development at Herbl; Kyle Kazan, co-founder and CEO of Glass House Brands/Farms; Troy Datcher, CEO of The Parent Company; and Matt Hawkins, interim CEO of Harborside and Managing Partner of Entourage Effect Captial.

“This is capitalism,” Kazan plainly stated when discussing the path for winners and losers in California going forward.

“Last year we were at record highs but, truthfully, we expected this to happen earlier,” Kazan said about the oversupply issue. “It happened in Colorado and Oregon and there was a natural shakeout. I’ve been an investor my whole career and we’re in a cycle now, like anything else. It’s been months long so far and it’s going to be longer until we see relief there,” he said.

For his part, he’s optimistic about his own company’s ability to weather the storm. “We made a bet on the largest cultivation facility on the planet,” Kazan said, referring to the 5.5 million-square-foot facility the brand recently purchased. “We believe in it and we knew this was going to happen,” Kazan said of the facility purchase and oversupply problem, respectively. He added that because the brand is vertically integrated, they don’t necessarily need to “be successful at the retail level — we can push brands through.”

“It sucks for the whole supply chain, but the ones that are really going to feel that in the near-term are cultivators,” Hawkins said. “They make plans and put seeds in the ground, what amounts to real capital, and then it’s taken out of the ground for an entirely different price,” he added, highlighting the real-time volatility being experienced by the state’s growers.

Datcher agreed with Kazan that this is a longer-term problem on the industry’s horizon. “It’s going to be a minute,” Datcher said about oversupply. “Not a couple of months — it’s a few quarters.”

“We are feeling the pain, too,” Datcher mentioned, adding, “We’re working our way through it. Some of us won’t,” he said, vaguely referring to other companies in the space, particularly smaller ones that are significantly less capitalized. “Folks in California who make good product will have something to stand on.”

Delivery was a lively part of the discussion and one segment of the retail market that appears to be flourishing for all operators who were on the stage. “We even bought a few used Priuses in Santa Barbara to help out,” Kazan said of Glass House’s rapidly expanding delivery footprint.

“I don’t think we’re ever going back,” Kazan said of the current delivery saturation he is seeing. “Each delivery can be thought of as a hub-spoke to get someone else under the umbrella,” he said, discussing the brand exposure strategy that delivery directly feeds into. “It’s the Amazon effect. People are used to clicking a few buttons and having whatever they want to their doorstep pretty quickly. It’s the same with cannabis,” he said.

“Ultimately, most cannabis will be purchased like things on Amazon, “ Kazan said. “Folks that work in retail stores are influencers and currently have the most influence on what gets bought. Once amazon and ecommerce exist, people are going to go to that, instead.”

Datcher agrees that delivery has been central to The Parent Company’s current growth in the state. “Our stated objective is to have 90% of the state covered by the end of 2021,” he said of The Parent Company’s retail and delivery footprint. He likes delivery, in particular, because it “controls the entire customer experience. If you’re in our ecosystem, you’re dealing with us,” he said, echoing Kazan’s understanding of bringing in would-be new customers through delivery options.

Still, both Hawkins and Beaudry stressed the vital importance of brick-and-mortar shops, which they say aren’t going away, rather, they are yet another one of the Kazan-described “hub-spokes” that brings new customers into a company’s fold.

“From an accessibility standpoint, it’s vital,” Beaudry said of physical storefronts. He also added that these companies’ presences generally benefit the neighborhoods they exist in, something delivery companies cannot deliver back to the communities they operate in.

Beaudry thinks that consumers are less fickle and more stuck in their ways. After over 10 years in the natural products industry, during which Beaudry saw kombucha come to be a market dominator despite being previously mostly unheard of, he says that even with new, fun products, it takes a while for customers to switch solely to online shopping.

“It’s going to be a long minute before people switch to online,” Beaudry said. “This is still new for a lot of people, and will be for some time, and they will want to touch, smell, handle the product as much as they can. Brick and mortar is going to be really imporatnt for this industry.”

Overall, the tone was optimistic. After all, despite all the challenges in California’s market, the companies represented in this discussion are very much poised to be the winners once the oversupply sorts out, legalization continues, SAFE banking becomes real, and interstate commerce comes into fruition.

Overall, the executives are betting on innovation for success, saying that the excitement in California’s rapidly evolving market will keep the right players on top and the unlicensed market where it is – in the shadows and, one day, hopefully, gone. Obviously, regulatory change is also needed, he said, as is a reevaluation of the state’s taxation structures, but innovation also plays a large role.

“Innovation is the quiet illicit market killer,” Hawkins said. “They don’t have the skillset, don’t have the tools. In terms of new form factors, it’s specific to the legalized landscape. New users like new ways of taking the product, versus just smoking a pre-roll or rolling a joint,” he said. “Innovation works for that reason.”

Glass House, which is known for its proprietary techniques in greenhouse growing, is also heavily betting on innovation. Kazan dangles a future target that he believes is possible once the company is able to scale to the size of cultivation it has been actively planning for, one that will benefit all consumers with legal access to his cannabis: “We know that someday, we’ll be able to get indoor quality weed for $100 a pound,” he said. “That’s going to be a game-changer.”