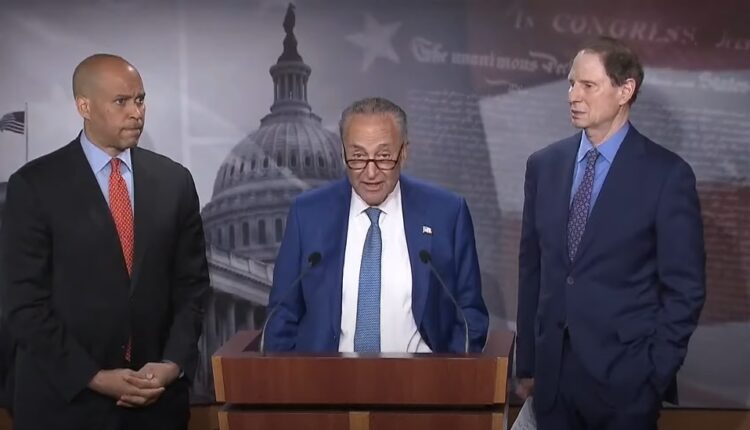 As reported by Bloomberg on July 14, Senate Democrats were reportedly planning to introduce a broad cannabis legalization bill that was previewed by lead co-sponsor Chuck Schumer in July 2021. After a disappointing delay in April, the Cannabis Administration and Opportunity Act (CAOA) was finally delivered by Democrat co-sponsor and Senate Majority Leader, Chuck Schumer.

The Cannabis Administration and Opportunity Act is the most comprehensive bill to be introduced by the U.S. Senate to date. The bill would legalize cannabis nationwide by rescheduling it from the list of controlled substances, as well as establishing a framework for interstate commerce. It would provide for the expungement of records of some non-violent federal cannabis offenders. Furthermore, CAOA establishes a framework for a federal cannabis tax and FDA regulations for cannabis products and research.

While the draft legislation began circulating more than a year ago, some modification were seen this time around. Still, the main tenets of the Cannabis Administration and Opportunity Act remained largely intact, prompting a debate among investors on social media on whether the legislation was unpassable. Some of CAOA’s key regulations include:

• Establish the Bureau of Alcohol, Tobacco, Firearms and Explosives (ATF), Food and Drug Administration (FDA), and the Alcohol and Tobacco Tax and Trade Bureau (TTB) as regulators to different aspects of the cannabis industry.

• Sec. 311: Requires re-sentencing and expungements for some cannabis offenders

• Sec. 803: The Act outlines a new federal definition of hemp, increasing the permissible amount of THC to 0.7% of a plant’s dry weight, more than doubling the current 0.3% limit

• Sec. 5901: Places a federal excise tax of 5% on small to mid-sized operators, gradually increasing to 12.5% after five years. For larger businesses, the federal tax rate would start at 10% and max out at 25%

The full 300-page bill can be found here.

Furthermore, the legislation received a further boost when it was reported that Sen. Cory Booker is scheduled to lead the Senate Judiciary Subcommittee on Crime and Terrorism in a meeting about “Decriminalizing Cannabis at the Federal Level: Necessary Steps to Address Past Harms.” This meeting is scheduled for July 26.

Despite the ballyhooed introduction, the legislation received a tepid response from a broad spectrum on investors, industry analysts and political pundits that feel CAOA is too broad to secure the necessary 60 votes in the Senate. So despite Mr. Schumer’s best for forward, CAOA is unlikely to have a happy conclusion.

If so, the SAFE Banking Act will likely be the last serious attempt to pass federal cannabis reform before the new Congress sits next January. SAFE is a more modest and narrow piece of legislation, which aims to protect banking institutions—as well as their insurers—that choose to offer services to a legitimate cannabis-related business operating in accordance with its respective state laws. Furthermore, the SAFE Banking Act does not remove cannabis from CSA’s Schedule I, which gives it more broad bipartisan support among both parties.

With Republicans favored to win control of the Senate in November, there’s a fierce effort by cannabis lobbies to see the SAFE Banking Act succeed in the case Republican Senate Minority Leader, Mitch McConnell, becomes the next majority leader in January. Known for his fierce anti-cannabis disposition, McConnell did not nominate any of the nine Senate Republican co-sponsors to the U.S. Innovation and Competition Act conference committee, where SAFE was attached to the House version of the bill. McConnell further attacked House Democrats’ efforts to include “marijuana banking” in the package.

So either way, federal cannabis reform in the U.S. might be tough sledding in the near term. TDR will have additional coverage as warranted.