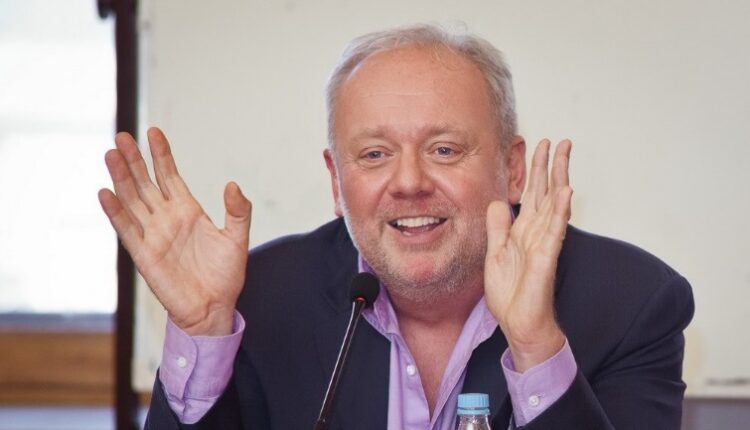 SAFE Banking has been a dominant topic among cannabis investors for the past couple of months. With federal regulatory progress advancing at a glacial pace, and few opportunities for standalone bills on the horizon as the midterm elections approach, all eyes are turned to SAFE Banking Act as the industry’s last best chance for legislative reform before the new Congress sits in January. While investors and analysts are divided over the chances of SAFE’s prospects, at least one Tier-1 U.S. cannabis executive believes the odds are improving over time.

The executive referenced is Boris Jordan, the Executive Chairman of Curaleaf Holdings (CNSX: CURA) (OTCMKTS: CURLF). In this week’s exclusive interview with The Dales Report, Jordan gave concise reasons why he believes the odds for SAFE Banking are increasing—which he estimates has a “gone from 50 to, like, 80 (percent) in the last month and a half.” Watch:

I’m never going to say—I’m not giving you percentages on this. But, you know, I can tell you that the percentages from people I trust on SAFE has gone from 50 to, like, 80 (percent) in the last month and a half.

The SAFE Banking Act, which sponsors have attached as an amendment to a mainline bill called the National Defense Authorization Act (NDAA), will be considered in the must-pass defense appropriations bill this fall. The NDAA’s purpose is authorize appropriations for military activities of the Department of Defense and for military construction, as well as to prescribe military personnel strengths and for various purposes. Annual ratification of the NDAA is a slam dunk in political terms, having passed for fifty-one consecutive years.

Mr. Jordan’s comment echo analysis provided by Cantor Fitzgerald analyst Pablo Zuanic. The noted skeptic on SAFE Banking recently changed his tune on the possibility of its passage in the lame duck session of Congress, describing odds of passage before the new Congress sits as “the worst case scenario”.

On the flipside, even if SAFE Banking were to pass, there’s no guarantee it would have the effect that many investors envision. Although Zuanic agreed that incremental reform would be good for the sector, he highlighted that the SAFE Banking Act would only be a “small positive” for the industry, in that it does not deschedule cannabis and would not enable multi-state operators (MSO) to uplist to Tier-1 U.S. stock exchanges.

Regardless of whether federal cannabis reform reaches the president’s desk, the industry is coalescing into action. Should the Republicans retake the Senate in November, Mitch McConnell would become the Senate Majority Leader, heightening the chance of legislative gridlock for at least two more years.

Known for his fierce anti-cannabis disposition, McConnell did not nominate any of the nine Senate Republican co-sponsors to the U.S. Innovation and Competition Act conference committee this spring, where SAFE was attached to the House version of the bill. McConnell further attacked House Democrats’ efforts to include “marijuana banking” in the package.

And as Senate Majority Leader during the Trump presidency, McConnell stonewalled every prospective bill which ever cleared the House. That includes SAFE Banking which was never seriously considered, must less brought up for vote, on four occasions where it cleared the House and advanced to a McConnell-lead Senate.

With Congress beginning its summer recess this week, we expect slow news flow until after Labor Day. Although the prospects for the Cannabis Administration and Opportunity Act or any other standalone legislation remains dim in 2022, SAFE Banking still has a fighting chance of passing before the year closes out. Rep. Ed Perlmutter, the U.S. representative for Colorado’s 7th congressional district set to retire this fall, has filed the SAFE Banking Act as an amendment to the national defense budget bill for fiscal year 2023.

After six failed attempts, we can only hope Mr. Jordan and Mr. Zuanic are prescient in their recent prognostications. Although hardly a panacea for the sector, SAFE Banking would represent a monumental step towards the ultimate goal of industry normalization and legalization.