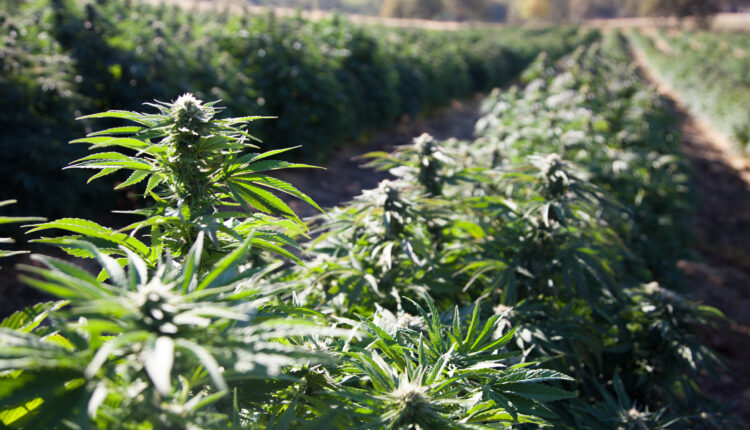 Delta 8 THC Continues to Rise in Popularity Amidst Intense Skepticism

If you’ve had your ear to the ground in the U.S. hemp space, you’ve likely heard of the “new” hemp compound that is taking the country by storm in the last year: Delta 8 THC.

Sometimes referred to as “THC lite”, Delta 8, commonly known as “D8”, is increasing in popularity as more hemp companies realize that you can use hemp-derived CBD to create D8 and produce intoxicating effect. Delta 8 is the fastest-growing category of hemp products, according to the New York Times.

Hundreds of D8-specific companies are cropping up across the country, all operating under The Farm Bill of 2018, touting that Delta 8 THC occurs naturally in the hemp plant, and is therefore legal. For some CBD stores, Delta 8 can account for up to 80% of a store’s sales.

Since the rise of Delta 8 in the states, several critics have come out against the cannabinoid, warning consumers, and investors, that Delta 8 is perhaps not all it’s cracked up to be.

Like Delta 9 THC and CBD, Delta 8 was discovered by Dr. Raphael Mechoulam, “The Godfather of Cannabis”. He studied the cannabinoid in the mid-1990s, finding some research success in utilizing it to treat nausea in children undergoing cancer treatments.

Delta 8 THC (“D8”) and Delta 9 THC (“D9”) are extremely molecularly similar. The difference between D8 and D9 is that the Delta, the double-bond within a compound’s molecular structure in D9 has a double bond on the 9th carbon chain, whereas D8 bonds to the 8th carbon chain.

While this is just small difference, the carbon chain where the delta double bonds to creates similar yet surprisingly different physiological and psychoactive effects between the two cannabinoids. It’s said that the effects of D8 are much like D9, but without the paranoia or anxiety that can sometimes come with Delta 9.

Delta 8 occurs in cannabis naturally, but in extremely low concentrations; therefore, there’s no such thing as a “Delta 8 cultivar”. To be more specific, Delta 8 is a synthesized cannabinoid, meaning that it has to undergo various chemical processes to be created.

Delta 8 is converted from CBD isolate, using a process called isomerization. This is a scientific process that involves various acids and solvents to convert the cannabinoids into Delta 8.

In some cases, labs can create pure Delta 8, and it tests as such on the Certificates of Analysis; however, some of the Delta 8 products on the shelves are being deemed by some critics of the industry as “the dirty, bathtub crank of hemp”.

The legality of Delta 8 has been up for interpretation, especially since last summer when the Drug Enforcement Administration (DEA) began to look at Delta 8.

The Farm Bill of 2018 made the production of hemp legal, and as such, a multi-billion dollar CBD industry was born, an industry that’s expected to reach $24.6 billion by 2025. Under the Farm Bill, hemp companies were free to extract cannabinoids and terpenes from the hemp plant, provided that any products that went to market were 0.3% Delta 9 THC or less.

The DEA, in their final ruling, however, has a different interpretation, saying that synthetic cannabinoids remain under The Controlled Substances Act:

Nevertheless, hemp companies are skirting the definitions of what’s “legal” and are producing Delta 8 products like hotcakes and telling consumers that the product is completely legal.

“We’re alarmed by the rise of products marketing themselves as hemp and as intoxicating,” said Jonathan Miller, a lawyer for the U.S. Hemp Roundtable and the U.S. Hemp Authority, “These products might be legal right now, but we believe they go against the spirit of the law.”

Getting the Real Story on Delta 8 THC

This month, California-based testing company InfiniteCAL tested 2000 samples of Delta 8 products that they had sourced from across the country. Of the 2000 samples, less than one percent (1%) tested as pure Delta 8 THC. Another test of 1500 samples saw a mere six as testing compliant with Delta 9 THC levels as stated in The Farm Bill. Some of the samples came back “looking like a rain forest” with peaks on the chromatographic spectrum demonstrating a range of unknown compounds.

This is because many “garage chemists” are using isomerization, but aren’t using the proper sterilization or even chemistry techniques. Certificates of Analysis (COAs) are being fudged to trick the consumer into believing they’re inhaling a safe product. Oftentimes, the intoxicating feeling they’re getting is actually Delta 9.

“The biggest issue with Delta-8 Tetrahydrocannabinol products is the way we’ve seen it being marketed,” says David Marelius, Chief Science Officer of InfiniteCAL said in a public statement, “If you look up ‘d8 vape carts’ online you’ll see all these claims that the products are ‘THC Free.’ That’s false,” said Marelius, “Delta-8 is an isomer of Tetrahydrocannabinol just like Delta-9, Delta-10, Delta-6, and Delta-7,” he continued.

Because of the potentially dangerous nature of some Delta 8 products, and because the product itself exists within an extremely grey area of the law, cannabis attorneys warn investors and hemp companies against getting too down the D8 rabbit hole. Garret Graff of Hoban Law refers to Delta 8 as an “unresolved, ambiguous portion of the law.”

Should Investors Stay Away?

The controversy surrounding Delta 8 has people divided as to whether Delta 8 is here to stay, or is just a passing fad. Some people say they enjoy the effects of Delta 8 better than Delta 9, thus creating a demand for the product.

For investors who are being approached by companies that are creating and distributing Delta 8, they may want to think twice, as Delta 8 could just be a stopgap solution until federal cannabis legalization is realized.