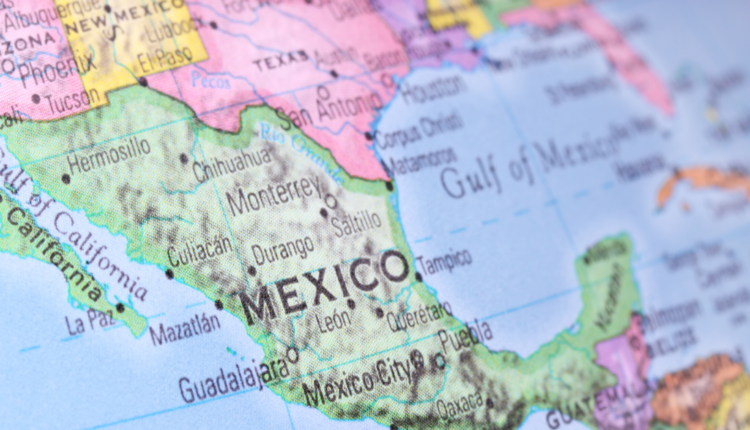 While the path to legalization has been slow, analysts urge investors to move into Mexico now

By April 30, cannabis could be legal in Mexico for both medical and recreational purposes. With the market expected to be in full flowering phase by 2023, analysts are urging investors to get into the market now.

The cannabis industry turned its dollar-sign eyes towards Mexico back in 2017 when former President Enrique Peña Nieto signed legislation to legalize medical cannabis, only to have the initiative stalled until the country’s supreme court called the plant’s prohibition unconstitutional in 2019.

Finally, on January 12, 2021, the Mexican health ministry published its regulations for medical cannabis, ramping up interest in the country’s cannabis legalization roll-out once again.

Towards the World’s Largest Cannabis Market

With the medical cannabis regulations finally dropping, any investor getting their feet wet in the current medical market will be well-poised once companies flip over to recreational cannabis as well, said Roberto Ibarra Lopez, an attorney with Lawgic in Guadalajara, Mexico, to Hemp Business Daily.

Once regulations are in place for recreational cannabis in Mexico, the country will be primed to have the largest cannabis market in the world, a position currently held by the state of California.

Congress in Mexico has a directive from the country’s supreme court to legalize cannabis for all uses by an April 30 deadline.

The medical cannabis regulations were relatively unsurprising, with the primary focus of cannabis cultivation being for research and manufacturing of pharmaceutical and pharmacological products. Cannabis products, including hemp with up to 1% THC will have to go through clinical trials before they can hit the medical market.

Cultivation licenses will be available throughout the country for medical patients, but they’ll be restricted to the state that appears on the application and the patient will have to prove ownership of the land where cannabis is to be grown.

Hemp was lumped into the cannabis regulations where the processing and manufacturing of the plant is permissible, even if they show up in the regulations as somewhat of an afterthought or addendum. Industrial hemp supporters in the country hope to have hemp covered in standalone regulations and its expected that the hemp measures will be clarified by the second quarter of this year.

PharmaCielo Ltd. (TSXV: PCLO, OTCQX: PCLOF), the Canadian parent of Colombia’s premier cultivator and producer of medicinal-grade cannabis extracts announced upon the drop of the regulations that it’s pursuing GMP certification in Mexico.

The Company is confident in its position as an “early mover in this high-potential market and to become a primary supplier of premium-quality medicinal-grade extracts to the Mexican market” via PharmaCielo Mexico, the Company’s joint venture with MINO Labs.

In 2019, New Frontier Data provided some insight into the size of Mexico’s potential cannabis market. Estimates include a market that could surpass $2 billion, creating up to 75,000 jobs across the country. There are nearly 1.4 million cannabis consumers in Mexico. It has been acknowledged that there could be challenges in converting illegal farms into legal grows due to the influence and activity of drug cartels that have existed in the country for decades.

The Dales Report will continue to monitor Mexico’s market, including all developments leading up to the April 30 sitting of the Chamber of Deputies, where cannabis in Mexico is expected to be legalized across the board, making Mexico the third country to legalize cannabis on a national scale.