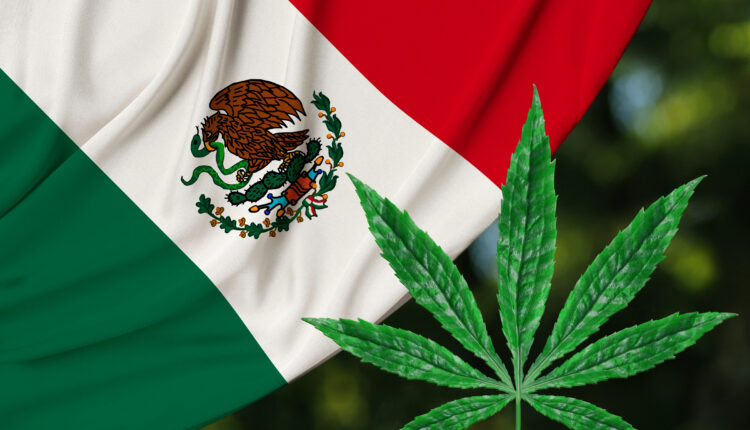 Why Recreational Cannabis in Mexico Continues to be Delayed

The third country in the world, after Uruguay and Canada, to legalize cannabis for recreational use was meant to be Mexico. The decision to do so however, has been stonewalled.

It was reported weeks ago that Mexico would be legalizing the ancient plant once and for all, with the Senate approving the bill and sending it to the lower house. Unfortunately for many, on Wednesday, the lower house asked the Supreme Court to extend the December 15th deadline.

The highest court in the country agreed.

That decision is the fourth time the court has approved the deadline extension since ruling in 2018 that the prohibition of the personal use and cultivation of cannabis was unconstitutional.

Now Congress can filibuster the bill all the way until the spring of 2021, leaving the future of this new recreational market in a hazy cloud of uncertainty.

The primary justification provided for the additional extension were challenges associated with legislating amid the COVID-19 pandemic  however, legislative processes in Mexico were not completely couch-locked this year, with many other laws being approved by Congress throughout 2020.

The target date for the bill to be signed in as law has been pushed off many times now and for good reason. According to a poll published in May 2020, about 65% of Mexicans are actually against the legalization of recreational cannabis.

Fortunately, the third of the country that are for legalization won’t sit idly by as lawmakers stall the process. A stroll around the park nearby the Mexican Senate reveals an unbelievable site. A quasi jungle of cannabis plants, some as tall as ten feet, grow with the assistance of green-thumbed volunteers staging a protest-of-foliage for the new law.

Exhibiting an expanse that would light up the eyes of many Humboldt cultivators, about 1,000 plants stand proud and unperturbed by local law-enforcement officials. One volunteer, Leopoldo Rivera, called it “the first non-clandestine plantation” of cannabis in Mexico since the government banned it a century ago.

Once the bill does inevitably pass the core factors will look something like this. Adults over 18 may possess and cultivate cannabis for personal use and grow up to six plants. Personal possession would be capped at an ounce per person but possession of up to 200 grams would be decriminalized. And in what may be a world first, public consumption would be permitted except in places where tobacco is prohibited.

Similar to state US legalization, in a nod towards those previously penalized for working illegally in the industry, at least 40% of licenses would go to indigenous, marginalized, or low-income communities. But to get those licenses, growers may have to install security cameras, barbed wire and the like that may keep out poor farmers, the group hoping to benefit most from legalization.

The financial element appears to be lucrative as well. According to Motley Fool, Mexico’s entry into the recreational marketplace would drive total global sales to $104 billion by 2024, an 850% increase relative to today’s numbers. Additionally, economists have forecasted that, with a potential base consisting of millions of regular users, Mexico could receive billions in new tax revenue.

The new laws could reduce cannabis-related law enforcement by nearly $200 million per year, while also creating about 75,000 new jobs. Don’t be surprised if tourism gets a slight bump from neighboring U.S. states like Texas and New Mexico, where recreational cannabis remains illegal.

After settling on the new regulations, Mexico may be able to increase its international trade surplus by exporting product to any country with a legal medical marijuana initiative. Over 30 sovereign nations have some kind of reform in place, most notably Germany, Poland, Australia, Netherlands, and Italy.

Needless to say, Mexicans will also have the opportunity to invest heavily into research and development, marketing, and distribution and the ability to capitalize on global access to investment capital. Unique to Mexico, they will also have the opportunity to optimize and lower product costs of the commodity, exploiting their cheaper labor pool, an advantage with which the U.S. may never be able to compete.

If the law does finally pass in early 2021, the United States will be sandwiched between two large nations that have federally empowered the cannabis industry, applying pressure on the incoming administration to either join the party or be left in the trichome-filled dust.