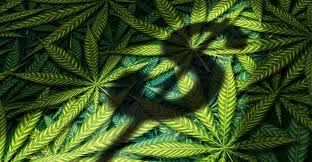 Though businesses based in the United States are not allowed to take certain federal tax deductions as detailed in the Internal Revenue Code 280E section, it appears as though cannabis companies in New York state might still receive tax breaks.  The state’s new budget deal ultimately greases the wheels of NY’s burgeoning cannabis industry.

Details Of The Deal

The tentative deal reached by the state’s lawmakers pertaining to a budget proposal including provisions that empower marijuana companies to obtain state tax deductions available to other industries will likely be passed into law even though there is a federal ban on the plant.

New York Assembly and State leaders originally added the reform proposal in a previous version of the budget measures earlier in the month.  However, there has been some question about what the end product would be as Governor Kathy Hochul and other state lawmakers met in an attempt to establish a consensus.  The state’s budget deadline was ultimately extended for a week.  Fast forward to Thursday and the consensus for the framework was revealed.

In the context of cannabis investing, the deal is important as it creates an exemption that empowers cannabis companies to benefit from tax deductions for company expenses.  The deal also sets the stage for those business to claim state credits that would otherwise be barred on federal returns.  The separation of the federal law and state tax code would ultimately save NY-based cannabis companies a bundle of money.

The IRS code 280E section pertains to businesses with activities that include the trafficking of substances that are controlled per schedule I and II.  The language of the section states that such businesses are barred from making deductions from federal taxes yet they are still required to pay their fair share of taxes similar to non-cannabis companies.  As a result, there is the potential for marijuana companies to pay an effective tax rate upwards of a whopping 80%.

New York state is aiming to resolve the tax quandary by adding language to the aforementioned proposals that alter the state statute with the addition of new sections containing exceptions to the companies’ taxable net income as well as adjusted gross income.

New York state’s unique approach to taxation would ensure marijuana companies are not taxed for amounts that the federal government does not allow under the aforementioned 280E section that are related to the generation and distribution of cannabis products for adults.  If the proposed policy is enacted by New York state’s legislature and the governor signs it, it would be immediately effective, proving applicable to the taxable year of 2022 and beyond.

A Look At The Development Of The Proposal

Though the language used in previous budget proposals revealed in March was slightly different, it had the same spirit as the new proposal.  Furthermore, Senator Jeremy Cooney also helped pave the path for the new proposal with the filing of a standalone bill last winter in which he sought a similar tax break for New York cannabis businesses.

Fast forward a year or so into the future and you just might find several other states have enacted similar policy alterations as that which will be implemented by New York.  The overarching aim of the policy changes is to make it easier for cannabis businesses to conduct business and remain profitable across the long haul, benefitting business owners as well as cannabis investors.