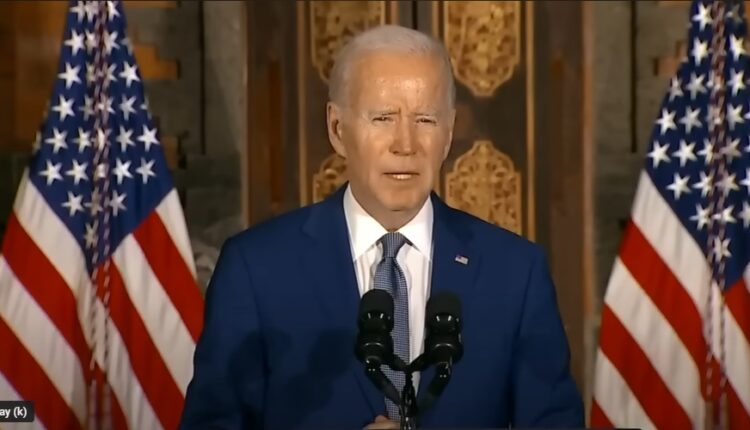 As part of Martin Luther King Jr. festivities, president Joe Biden was at the Mayflower Hotel in Washington on Monday, to deliver a keynote speech for the National Action Network’s annual MLK breakfast. Introduced by activist and Reverand Al Sharpton, Biden went on to tout his administration’s accomplishments within the black community.

While the usual platitudes and political self-congratulations were present, the president found time to reiterate his position on federal cannabis pardons and record expungements, where at least 6,500 individuals with prior convictions for simple cannabis possession had been previously sentenced.

Although president Biden didn’t dispense details about the mass pardons he granted last October, he described the action as an example of a campaign promise that he’s fulfilled.

Speaking at a Martin Luther King Jr. Day hosted by the National Action Network’s (NAN), the president said he was keeping his “promise” by providing relief to those who’ve been criminalized over cannabis. Watch:

Biden’s keynote address comes a day after his visit to Ebenezer Baptist Church in Georgia—the church where Dr. King served as pastor throughout the Civil Rights Movement. Senior pastor and winner of the 2020 Georgia run-off state senate election, Senator Raphael Warnock (D-GA), invited Biden to give a speech at the church. The president’s attendance makes Biden the first-ever sitting president to speak at the predominantly black congregation.

President Biden’s comments were brief and limited to his previous action on federal cannabis pardons for simple possession and record expungements. In the past, Mr. Biden stopped short of calling for the complete decriminalization of cannabis—something that Congress would have to do—and said that the federal government still needs “important limitations on trafficking, marketing, and underage sales of marijuana.”

He have no indication that any future actions will go beyond today’s stated reiteration.