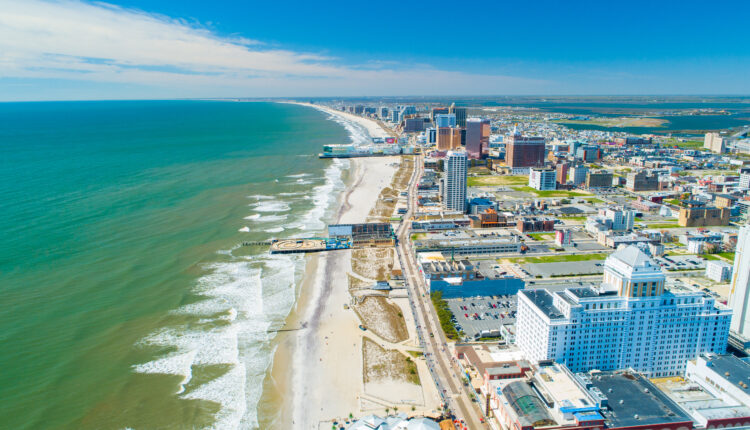 The Garden State is About to Get a Lot Greener

One of four states to offer voters the option to legalize recreational cannabis this election day is The Garden State, New Jersey. The other three are Arizona, South Dakota and Montana and while most of the polling there is looking positive as well, New Jersey is at the forefront of the conversation for a few reasons.

Firstly, the population of New Jersey is as large as the next three states combined, so when considering the bottom line impact on the North American cannabis market, New Jersey’s vote will be most significant. Secondly, one public company already has a strong presence in the New Jersey cannabis market, with plans of rapid expansion. Lastly, and perhaps most integral to the outcome is the strong support from New Jersey Governor, Phil Murphy.

Murphy, and other high ranking administration officials have long been vocal supporters for the rapid legalization of the plant. Most recently citing it as the perfect solution to their sharp drop in tax revenue caused by the Coronavirus pandemic. In a unique approach compared to other, more objective state leaders, he has personally advocated for New Jersey residents to vote to legalize this Tuesday. Hopeful for new economic development by bringing hundreds of new jobs to the economy, increased tax revenue and, like a cool breeze on a hot summer’s day, he has touted the positive effect it will have on racial equality and social justice reform.

In a short video broadcast to the state, looking directly into the camera, he solicited more than 9 million residents, exclaiming “150 million dollars. That’s what processing marijuana arrests costs New Jersey taxpayers every year. Arrests that disproportionately impact young people of color and make it harder for them to get a job, a place to live, even a credit card.” He goes on to plead, “Join me in correcting this wrong by voting ‘yes’ on Public Question Number One to legalize and regulate adult-use marijuana.”

Acreage Holdings, which is majority owned by Canopy Growth Corporation, made news in April of 2019 when it revealed they had a signed a deal with Canopy to sell for the equivalent of 3.4 billion dollars in cash and stock. One caveat to that complicated transaction was the “triggering event”, namely the question of if and when the United States would federally legalize cannabis.  A lot has changed since then, with both companies losing their CEOs and the transaction nearly getting scrapped completely.

Canopy had it’s own losses to worry about, laying off over 500 employees and writing off roughly 130 million dollars worth of obsolete inventory and shuttering multiple facilities. A bad look to say the least for the “world-leading” cannabis company. Meanwhile, Acreage’s strategy pivoted from being the biggest cannabis company with the most states under it’s belt, to trying to be the most profitable company, by focusing exclusively on specific markets with high volume and the potential to dominate the competition.

I won’t bore you with the intricate details of the creative financial structure that brought about the second, more tangible deal which is now in play – involving fixed-price shares, floating shares, multiple tickers and 30-day VWAP options (if you understood half of that you’re probably a CFA or MBA). But most relevant to the ballot this Tuesday is that, despite there being stronger US operators in the multi-state markets, the only company with direct exposure is Acreage.

Of the 12 licenses currently issued for medicinal purposes in The Garden State, only a few belong to publicly traded companies—one of which is Acreage. In June, they cut a check for the tidy sum of $10,000,000 USD to acquire Compassionate Care Foundation, a business with two modern, spacious and classy locations in the Garden State, one of which is in party town, Atlantic City, sure to be a popular destination for East Coasters looking to “blow off some smoke”. Word is that they’re in the process of tripling their cultivation capacity and opening doors on a third facility – tell tale signs of a strong belief that demand is about to soar.

So as usual for an election where Donald Trump is on the ballot, it doesn’t matter whether the Republican incumbent wins (a statistically empirical near-certainty) or whether the “pro-marijuana” Democratic candidate,  Joe Biden takes the lead, the absolute winner is, once again, recreational cannabis. And with 66% of New Jerseyans polling in support of the ancient medical plant, it appears that this Tuesday, despite the overall result or lack thereof,  the spirits of many Americans will be elevated.