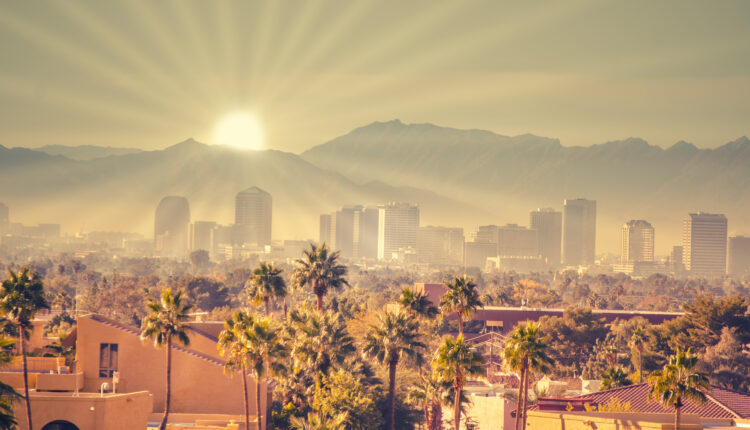 As the 14th most populous state in the US, the recent move towards legalization of recreational cannabis for 7.2M Arizona residents is sure to leave a heavy impact on the bottom lines of the companies with largest presence in The Grand Canyon State. And while the presidential election results may have been a topic of hot debate in the desert state with Biden up by a margin of 0.3% to take the 11 electoral college votes, Prop 207 was found to be clearly in favor of the pot smoking community, with 60% approving recreational cannabis use for adults and the expungement of non-violent cannabis offenders. A long stride for a largely conservative state.

There are a few companies poised to reap most of the benefit from this recreational legalization in Arizona, believed to be formalized in March, 2021. Three of them are publicly traded, enabling retail investors to adjust their positions and gain exposure to this new market. They’re already ahead of the curve because each company has already marked it’s territory in the medicinal cannabis space, with infrastructure in place to smoothly serve the new influx of clientele and expand operations as necessary. Their revenues are expected to increase hyperbolically, as the number of cannabis consumers in the state soar from the hundreds of thousand, to potentially millions.

Leading the pack with the largest market cap is Curaleaf Holdings. Weighing in at a valuation of almost $7 billion USD, the Massachusetts based company has seen a three-fold increase in it’s stock price over the pandemic, proving that selling cannabis truly is an essential business. This year, Curaleaf became the world’s largest cannabis company by revenue after the purchase of its Chicago-based competitor Grassroots Cannabis. The purchase also expanded the company into 23 states in the U.S.

The company has affiliated operations that cover over 135 dispensary licenses, 8 of those are in Arizona. To accommodate for the anticipated increase in customers, the company is spending about $4 million on upgrades at existing Arizona shops, with the general assumption being that all 8 will act as dual recreational facilities. Cultivation has also increased four-fold, in line with the estimate that over a million new cannabis consumers will join the legal, retail market. Earning over $190 million quarterly, the expanded Arizona market will by no means be immaterial to Curaleaf’s bottom line. Within a couple quarters investors can already expect to see increased returns on these investments for a company rapidly looking to eat up market share around the US.

Another company that made news recently in response to the recreational legalization of cannabis in Arizona is Ayr Strategies. Valued at little over $400 million USD, the company has increased it’s value almost four-fold during the pandemic, moving and shaking in targeted states, and getting ahead of the curve on Arizona. Positioning itself to capitalize from the deregulation, in a cash and stock transaction, the New York based firm spent $81 million to acquire three dispensaries and two cultivation facilities in an effort to claw market share in an already tightly licensed state.

The dispensaries will continue to operate under the Oasis brand and will make up almost 30% of Ayr’s storefront holdings, placing a decent portion of their chips in Phoenix, the wealthiest city in the state. With a median household income of $176,000, Ayr has positioned themselves in a city where a fair amount disposable income may be spent on cannabis products for the recreational user. The move is in line with the company’s long term strategy,  as the former Bank of America President turned cannabis aficionado Jonathan Sandelman says “We’ve always looked to go deep in the best markets, targeting attractive assets in limited-license states with large populations, and where we can build a vertically integrated presence and continue adding to our deep talent pool. Importantly, it needs to be at the right price”.

Of the companies mentioned in this article, what stands out about Harvest Health & Recreation is that it’s the only one based in formerly conservative Arizona prior to legalization.  Trading a valuation of over $600 million USD, the company hasn’t been very loud during pandemic however news of various divestments in order to focus on Arizona deregulation have recently come to light. The largest operator in the state by dispensary count, Harvest currently operates 15 storefronts, with plans to be selling from 18 come recreational trading around March time. Their footprint stretches from Havasu in the north west of the state, all the way down to Tucson.

Considering Harvest’s wide reach and huge cultivation capacity boasting four cultivation sites and two processing facilities, it is likely the company best positioned to benefit from Prop 207. The Arizona cannabis consumption market is expected to increase sales by over a billion dollars, after the 16% state excise tax, and with Harvest focusing most of it’s efforts on defending their position in the state, investors can expect to yield high results from a stock that has largely trade flat throughout the pandemic.