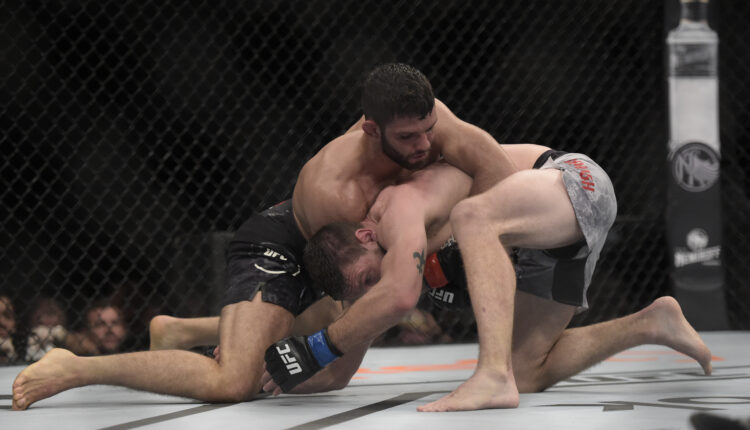 UFC appears to be easing their stance on plant medicines, generating buzz last week in both cannabis and psychedelics. The UFC gave the green light to recreational cannabis, making major changes to how they test and penalize for cannabis use in athletes. The organization is also considering investing in research that looks into using psychedelics to treat various brain injuries.

The UFC announced on January 14th 2021 that it would be making significant changes to their Anti-Doping Policy. Athletes who test positive for cannabis will no longer be in violation of the policy – unless of course additional evidence shows an athlete used it for performance-enhancing reasons. The UFC also removed all other cannabinoids that are present in the cannabis plant, from the UFC Prohibited List.

This does not mean that fighters are allowed to use cannabis before a match – impairment rules still apply.

In the press release Jeff Novitzky, UFC Senior Vice President of Athlete Health and Performance, made it clear that the UFC is not green-lighting athletes to use cannabis while competing. Rather, these updates will change the way the organization tests and penalizes fighters who test positive for cannabinoids like THC and CBD.

“While we want to continue to prevent athletes from competing under the influence of marijuana, and we have learned that urinary levels of carboxy-THC are highly variable after out-of-competition use and have poor scientific correlation to in-competition impairment.”

The well-known cannabinoid is not an ideal marker due to it’s fat-soluble nature. THC can be stored in the body’s fatty tissue and be released into the urine at a later date – upto weeks after consumption. Therefore the fighter might not be impaired during the competition but could show positive THC results over the threshold under the old Anti-Doping Policy. Which is often the case according to Novitzky.

“The bottom line is that in regard to marijuana, we care about what an athlete consumed the day of a fight, not days or weeks before a fight, which has often been the case in our historic positive THC cases,” states Novitzky. “UFC Athletes will still be subject to marijuana rules under various Athletic Commission regulations, but we hope this is a start to a broader discussion and changes on this issue with that group.”

In addition to easing cannabis restrictions, the UFC is also looking into how psychedelics might help athletic recovery long-term.

The UFC is considering participating in research that investigates how psychedelic compounds, like those found in psilocybin mushrooms, ayahuasca, or LSD, might affect the debilitating side effects of traumatic brain injury. ESPN reports that the UFC has been in contact with John Hopkins over the past couple of weeks to see if there is an opportunity to do something together in the psychedelic field. While this announcement is a far cry from allowing psychedelic use in athletes it could help in furthering the research to understand how psychedelic treatment affects those with traumatic brain injuries.

Ashley Keenan is a journalist, consultant, and patient advocate in the cannabis industry. Ashley uses science and storytelling to normalize cannabis and chronic illness through her writing and reporting. Since 2018, Ashley has served the cannabis industry by reporting the news, creating lifestyle content that matters, and advocating for medical cannabis as well as the patients who rely on it. Ashley is a contributor at The Dales Report and her bylines include Leafly, The GrowthOp, StratCann, The Her(B) Life, Vancouver Sun, Ottawa Citizen, National Post and more.