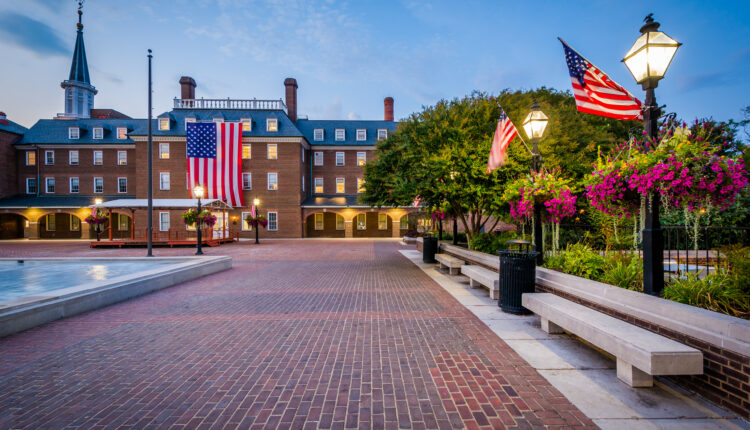 Tomorrow’s legislative deadline in Virginia could edge the state towards being the 16th state to legalize cannabis for adult use, that is, if the House and Senate can agree on the bill that would change the state’s approach to dealing with possession, the expungement of criminal records, and building a legal marketplace.

As of last night, it was unclear as to whether the two parties would be able to reach an agreement on the plan, which was introduced by Democratic Governor Ralph Northam and placed as a priority for his final year in office.

Earlier this month, both the House and Senate passed their legalization bills that built off Northam’s plan. Each chamber’s documentation spans over 500 pages. While much is similar between the documents, it’s the glaring differences between the chambers’ treatment of key issues causing the holdup.

Both measures would allow adults in Virginia over age 21 to legally purchase up to one ounce of cannabis and cultivate up to 4 plants for personal use. Both measures also include that tax that is generated from the legal industry will be invested into education and public health, and a new agency outside the governance of alcohol will be created solely to govern cannabis. That’s pretty much where the similarities end in the foundational aspects of legalization between the chambers’ bills.

The Senate proposes that personal possession of cannabis would be legalized later this year, while the House proposes this is held off until 2024, to coincide with the proposed start to legal sales. The House bill bans the vertical integration of businesses, while the Senate allows it if companies pay a $1 million fee to a state equity fund. This decision would affect the future of the current medical cannabis operators and their ability to transition into the adult-use market. The House and Senate also differ on their philosophies on how many licenses the state should award and how many licenses one cannabis business can hold.

While both bills place a priority on social equity applicants, there are different opinions on whether priority should be given to those who have attended Historically Black Universities and Colleges and those who are employing individuals who have been negatively impacted by the War on Drugs. Expungement of criminal records is a priority of both bills; however, the House’s bill proposes an automatic expungement upon legalization, while the Senate proposes a delay. According to Marijuana Justice, despite just 20% of the state’s population being black, Black Virginians account for 52% of cannabis charges.

The Senate would allow cities to ban cannabis companies within its borders, while the House bill allows businesses statewide, subject to local zoning. Driving under the influence, consuming cannabis in public, and sharing cannabis between adults are also nuances that are debated between the two bills. Jenn Michelle Pedini, executive director of NORML’s Virginia chapter said that the House’s bill is “much better when it comes to post-legalization penalties”.

Pedini, who has been fervently advocating towards legalization under NORML said, “The committee has everything they need to reach a resolution in advance of the Saturday deadline. If they don’t reach an agreement or fail to pass the bills, it’s purely for political reasons, and reasons that blatantly ignore public opinion.”

However, some of the state’s lawmakers are saying there needs to be more time before the state officially legalizes to review the conflicting bills. However, people like Pedini remain hopeful: “Virginia is one of the single most prepared states to undertake a legalization effort,” they said.

If the legalization bill is reconciled between the chambers this weekend, making Virginia the 16th U.S. state to legalize cannabis for adult use, the state wouldn’t see adult-use sales until 2024.

“While this protracted timeline is both unnecessary and far from ideal, what’s most important is that the measure succeed. In the next legislative session, we can make improvements,” said Pedini, “What we cannot do is continue to kick the legalization can down the road for yet another year.”