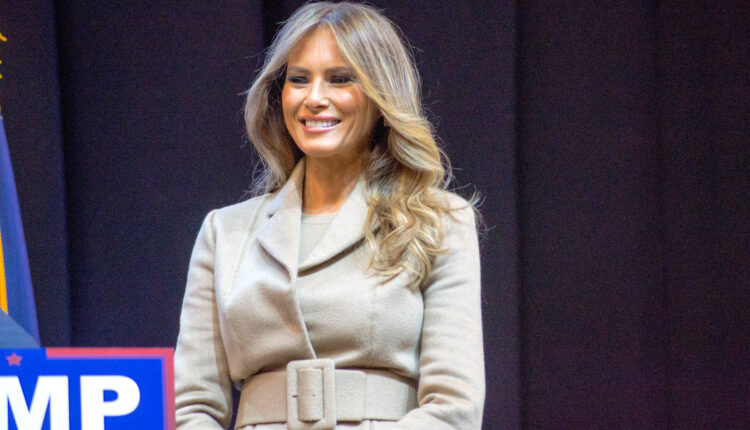 An Inside Look At Melania Trump’s NFT Collection

Melania Trump recently announced a special POTUS NFT collection.  Though the former first lady has received some flak for entering the NFT space despite her lack of technical acumen, this news story is of note in the context of NFT and crypto investing as it draws that much more attention to this ever-expanding space.  As is often said, all publicity is good publicity.

The new NFT collection will contain 10,000 unique NFTs.  To start, each of the non-fungible tokens featuring a patriotic theme will run $50.  However, the demand for these NFTs will likely escalate after their initial debut, meaning there is the potential for a price hike.  The NFT sale will commence on President’s Day, February 21.

Questions loom as to whether Melania’s foray into the NFT space is sincere or if it is a roundabout means of laundering money.  Some reports indicate the funds used to buy Melania Trump’s initial NFT were linked to the former first lady.  However, those reports have not been substantiated.  The bottom line is the mere fact that Melania is willing to stake her reputation on a digital collection of NFTs should be enough for investors and others interested in making money through these digital pieces of art to take note.

Melania’s collection, officially dubbed the POTUS NFT Collection, is unique in that it recognizes the most pivotal moments in American history.  The NFTs will depict the nation’s historical highlights and symbols including Air Force One that serves as the president’s personal aircraft, the White House and Mount Rushmore.  The details of the NFTs were recently released in a statement made through Melania’s public relations specialist.

Surprises Are In Store

NFT enthusiasts will be pleasantly surprised with their solana Melania Trump NFT purchase as the images for each digital creation are not revealed until after the transaction is complete.  In other words, the purchase of these unique NFTs is similar to that of a pack of sports trading cards in that the buyer does not see the specifics of the artwork or images purchased until after the transaction is finalized.

Those who are unhappy with the artwork on their NFT can make another purchase without limitation.  The Trump NFT collection has no purchase cap whatsoever.

Though the debut of the Trump NFT collection appears quite patriotic and capitalistic on the surface, some insist the arrival of these digital artworks is better characterized by an alleged dark and seedy underbelly.  Bloomberg journalists recently reported that Melania is the mysterious party behind the first purchase of her collection’s NFTs.  If the report is accurate, the funds used to buy the initial NFT were sourced from the wallet owned by the project’s creators.

However, it must be noted bidding for the initial Melania Trump NFT dubbed “Head of State Collection” started at $250,000 yet sold for $70,000 less than the ask price.  If Trump’s camp were behind the purchase of the NFT, it probably would have sold at or above the ask price simply because doing so would have built momentum for subsequent bidding wars.  Furthermore, a spokesperson for the former first lady has publicly denounced the notion that the creator of the project helped finance the initial NFT in any way, pointing to the fact that the blockchain protocol is characterized by forthrightness and transparency.