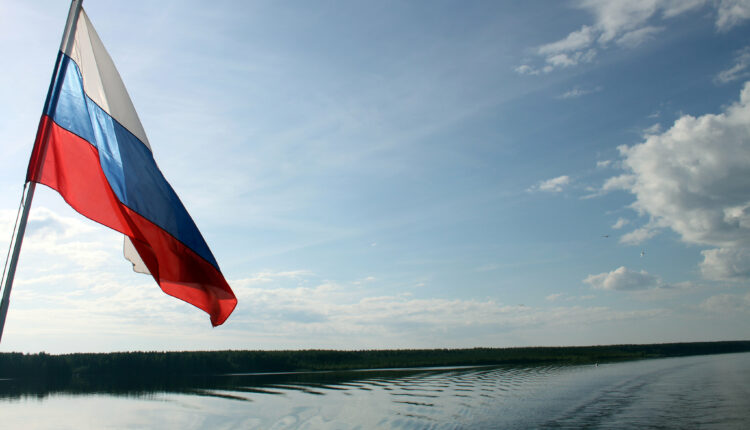 It is no secret that Russia is intent on expanding its power throughout Europe and beyond.  Though Russia and China have made it clear they are willing to go on the offensive in terms of conventional warfare as well as digital warfare, some are questioning whether Russia is latently bullish on cryptocurrency such as bitcoin.  Some industry insiders are also beginning to view bitcoin as economic safe havens during tumultuous times, somewhat similar to gold and other precious metals.

The movement of Russian troops to the border of Ukraine has catalyzed the price of gold.  The precious metal has increased slightly more than 2% in the prior week.  However, bitcoin has slid about 3% during this period of time.  The decline of the cryptocurrency outpaces the drop in the Nasdaq (1%) during the week gone by.

The question is whether bitcoin will serve as a port during the storm that is Russia’s ongoing aggression.  However, no one is quite sure whether Russia will invade the Ukraine.  Furthermore, if such an invasion occurs, there is some question as to how it will impact cryptocurrencies such as bitcoin.  The bottom line is there is no track record of activity to reference in the context of cryptocurrency as bitcoin and other forms of crypto were not around during prior world wars or other significant conflicts.

It is quite possible bitcoin will soon be viewed as the digital equivalent of gold in that it rises in value when more traditional assets decline during periods of geopolitical uncertainty.  Though bitcoin has dropped down to the low $40,000s in recent days, it has not reversed all the way back to its late January lows in the $32,000s.

The Calm Before The Storm?

Those who closely follow cryptocurrency highlight the fact that bitcoin and other crypto trading has been relatively calm in recent weeks.  Political tensions are rising, war in Europe might be imminent and inflation is still spiking yet bitcoin volume isn’t anywhere near record levels.  In fact, the cryptocurrency’s average 30-day volatility had decreased to around 3.4% as compared to its 2021 average of 4.5%.

Let’s shift our attention to investor confidence.  Take a look at the Coinglass Fear and Greed Index pertaining to bitcoin and you will find it is currently at 46.  This midpoint indicates there isn’t much fear or greed surrounding bitcoin as 100 indicates egregious greed and 0 indicates excessive fear.  Furthermore, bitcoin has moved higher than its prior index range of 11 to 33 where it was rated after last Thanksgiving.

The takeaway from the quantitative analysis detailed above is that bitcoin has the potential to serve as an alternative value store used by investors in a manner similar to gold.  Bitcoin might become a significant hedge against dramatic world events ranging from war to natural disasters, political unrest and economic recessions.

As pointed out by the Chief Operating Officer of Stack Funds, Matthew Dibb, analysts are now witnessing less correlation between bitcoin and the overarching equities market.  This reduction in correlation should be construed as a positive sign.  Though plenty of conventional safe havens have formed as a result of the potential war between Russia and the Ukraine, the general consensus among analysts is that no such havens have formed in the crypto realm.

The Ball Is In Russia’s Court

Aside from Russia’s looming decision to invade the Ukraine or fall back, the totalitarian nation will also soon decide the fate of crypto within its borders.  The proposed law for such alternative digital value stores will likely be announced in the week ahead.

Russia was a hotbed for crypto mining after China banned bitcoin mining yet it appears as though Russia might quash all crypto activity within its borders in the near future.  Stay tuned in the weeks ahead as additional details of Russia’s pending crypto regulations are revealed.