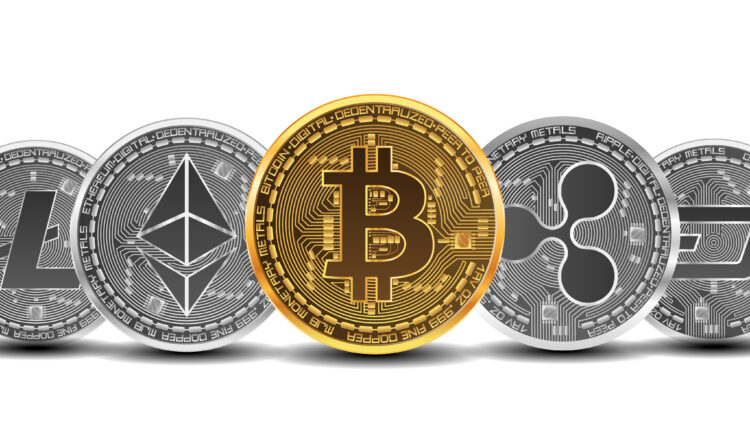 We keep hearing about this $1 trillion infrastructure deal making its way through the U.S. Congress, but crypto investors are particularly interested in the gossip leaking out of Capitol Hill, and it has nothing to do with bridges and highways.

The increased popularity of cryptocurrency now has legislators looking to make their cut by imposing new tax-reporting measures on crypto brokers. These regulations would work similarly to those used in the stock trading sectors and would require that investors report and pay taxes on their crypto transactions.

The cryptocurrency market has exploded to an estimated $1.8 trillion, and the blockchain-driven technology is showing no signs of slowing down. Users are drawn to the anonymity of transactions, and crypto is increasingly popular with those who look to disrupt the current “rigged” financial systems. Others simply see it as another market, ripe with financial opportunity.

Legislators, however, like to link the untraceable currency to illegal activities and money laundering in an attempt to justify their desire to enforce the regulation. While it’s difficult to determine exactly what percentage of crypto transactions can be linked to criminal activity, government officials appear more concerned with the potential revenue they could see from taxation.

The Joint Committee on Taxation forecasts that $28 billion in cryptocurrency tax revenue could be generated over a ten-year period. This would cover the $25.6 billion required to replace all “structurally deficient” bridges in the country; a designation determined by the Federal Highway Administration.

Now there are legislators who seek to impose stricter regulations in hopes of better harnessing the blockchain technology, potentially looking to adopt and expand its uses. Banks, for example, could benefit from the adaptation of blockchain technology to allow for faster, more streamlined payments.

Others are simply concerned with the dangers associated with a digital, untraceable financial system that allows for the rapid and undetectable exchange of funds.

Gary Gensler, the chairman of the Securities and Exchange Commission called the market the “Wild West,” and pointed to numerous fraud cases where users were scammed out of large sums of money.

Gensler suggested that handing the U.S. Congress more power over the space would offer better security and protection to those partaking in the crypto-boom.

So What’s This Have To Do With Infrastructure?

However, it isn’t uncommon for unrelated legislation to make its way onto the Congress debate floor under the guise of a larger proposal, typically boasting some sort of “feel good” name.

Initially, the Infrastructure Bill had sought to increase the IRS’s ability to crack down on crypto activity by targeting traders who would otherwise leave their crypto gains off of their annual tax filings.

The plan would have brought in an estimated $100 billion over 10 years but was ultimately axed by Republicans who felt that it offered the agency more power than it needed.

After a quick revision, the language of the proposal has been amended to specifically target crypto brokers, leading to the smaller $28 billion in taxable revenue over the 10 years that we mentioned earlier.

While the $28 billion is about 25% of the original plans estimate, increased crypto regulation would still be the largest source of revenue listed on the infrastructure bill.

The new language is already being attacked, as advocacy groups and lobbyists for the crypto groups continue to poke holes at a plan written by legislators who likely have little understanding of the true crypto landscape.

Many feel that the adjustment fails to define the term “broker” clearly and that the language could place unfair tax obligations on those developing software and miners. These particular people would not have the ability to access or provide the information sought by the IRS, even if they wanted to properly report their activity.

Compromises were made, but they failed to garner the support needed on the Senate floor, meaning they have now been sent back to the House for discussion.

Where there is money to be made, expect the government to quickly appear with an outstretched arm. Politicians have little to no understandings of the technical intricacies that lie in the cryptocurrency world, but they smell the funds needed to push through their other proposals.

This battle ain’t over yet, but the cryptocurrency lobbyist are prepared for war. Unfortunately, it might be one they never had a true chance of winning.