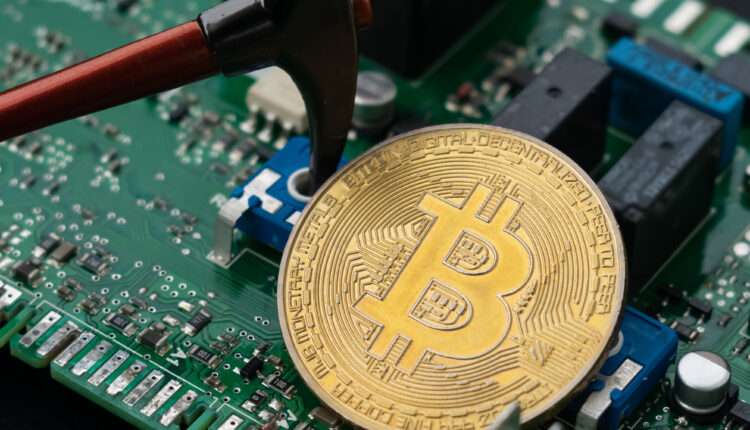 The average lifespan of an empire is 250 years, the average lifespan of a currency is 25. It’s no secret that Nixon left the Gold Standard in 1971, essentially ending the era of money backed by true “intrinsic” value. While prior to Nixon, a dollar could technically be redeemed for gold, he defaulted on the US’s promise to allow holders of paper dollars to turn them in for the millennia old precious metal. Since then, the Federal Reserve prints money (promissory notes backed by the “full credit of the United States government”) at an increasingly alarming rate, while a global population plagued by amnesia or simply ignorance of inflationary dangers go about their lives.

Bitcoin isn’t going up, the US dollar is going down

While this may not sound concerning to you, the fact is that the US dollar is considered the global reserve currency. In other words, almost every country accepts it as valuable and pegs a certain “intrinsic” value to it. This forces the USD to remain stable, however the target has been moving a lot lately, and not in the right direction.

To clarify, inflation is natural, money generally loses buying power over time, however from 1860 to 1971, inflation grew at a modest rate. An 1860 dollar was worth about $5 in 1971. But today, an 1860 dollar is worth more than $32. The USD has essentially lost 99% of its value since it’s inception, signaling the final phase of fiat currency.

In contrast, Bitcoin has a limited nature and time has proven that it only gains value. It’s intrinsically valuable code may not be understood by today’s wealth holders, but their heirs assign high value to digital matter.

It’s important to note that the same banking leaders who mocked the digital currency revolution only a few years ago, have already taken a sharp turn. Some have indicated their intent to either create their own digital currency or to at least expose their portfolios to the crypto market.

In line with that, demand for Bitcoin has spiked recently. As the feds print trillions of dollars, taxing the middle class by devaluing their hard earned savings, decision makers who manage large pools of money are swiftly taking action.

Gold may be a good hedge, but Bitcoin is the smart edge.

Of the most attractive benefits to owning the asset is the ability to move large amounts of value quickly and ridiculously cost efficiently, without the need for middlemen. Empirically it’s value is ever increasing making Bitcoin by far the single best investment of the last decade. Another piece to the puzzle is the understanding that the future generation of wealth controllers have no problem with assigning real value to ethereal things.

Take influence for example. What once required a stadium filled with frantic fans has been replaced with 100 million Instagram followers. A simple number on a screen tells a millennial all they need to know about the popularity, or value, of a given individual or company.

The intangible has become real in this digital era, and that is quickly coming to include money. For a generation who receive boxes from Amazon by clicking a few buttons on a phone, fiat paper cash never played a real part in their life regardless, so they have no attachment from which to let go.

Armed with these paradigm shifting predictions, huge institutional funds and companies with large cash reserves are buying Bitcoin en mass. Most recently, UK based Ruffer Investments confirmed their acquisition of about $750 million worth of Bitcoin, exposing 2.7% of their portfolio to the digital asset. Meanwhile, billionaire Alan Howard along with Eric Peters have teamed up to acquire $1 billion worth of crypto investments. If funds of that size continue to mandate such exposure, the price will skyrocket.

To kick the trend into higher gear, Scott Minerd the CIO of Guggenheim Partners gave a $400,000 price target for Bitcoin. While Guggenheim Partners does not own Bitcoin, it has reserved the right to set aside as much as 10% from its $5.3 billion Macro Opportunities Fund to invest into the asset. The investment firm has been monitoring Bitcoin prices since it was valued at $10,000, said Minerd. “Ultimately, we are going to buy it,” he promised.

In short, the Bitcoin technology contains a unique value never before solved in history, so humanity has assigned a high dollar value to it. As the dollar itself becomes less valuable, futuristic alternatives like Bitcoin will naturally take it’s place. And as smart investors, who get paid to beat the market, realize this, they will buy up the coin.

And this is where the surreal price predictions kick in.

Due to the tight float of Bitcoin available on the market, and buy side demand increasing rapidly, even a couple billion dollars invested in one shot, can send the price soaring by thousands of dollars. Just like we’re seeing now.

So as investment funds commit a percentage of their portfolios to this new standard of asset class, the price could easily hit $100,000 in 2021, and perhaps $500,000 or more within the next decade.