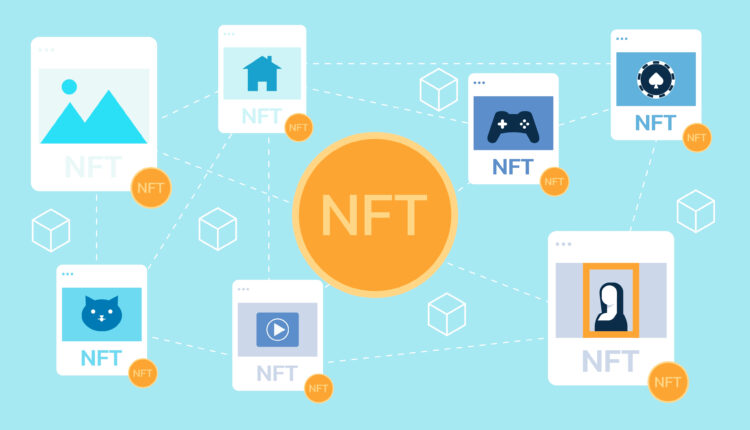 The recent boom in non-fungible tokens (NFTs) has rejuvenated the prospects of online artists and content creators. NFTs are pieces of digital content — art, images, music, video, and so forth — that are certified as “original” artwork on blockchain platforms, then sold to people willing to pay a high price for owning it.

The creators of the art receive royalty payments every time it changes hands. In that way, NFTs were created to address the real problem of artists being able to financially sustain themselves in the 21st century.

The NFT market exploded on July 31 and August 1, with most platforms reporting their highest-volume, highest-selling single days in history. On the surface, it’s a victory for creators and an incentive to push the NFT market forward.

But some analysts believe the rush is happening too quickly and obscuring some potential pitfalls NFT markets may suffer.

An URL isn’t the best means for accessing the NFT art. It can be easily broken, even if it’s stored on numerous computers on the blockchain network. Some creators have had to re-enable their creations after reports of URL outages.

NFTs can be copied and downloaded by anyone, of course. That’s why the blockchain verifies the original artwork to distinguish it from copies. That’s what gives the NFT its inflated value — and why storing it can be a problem.

Most owners would simply protect the asset by uploading to a centralized server, like Amazon or DropBox. But some experts say those options are insufficient because they’re vulnerable to hackers.

One company, RubiX, has developed a way to store NFTs on the chain across millions of nodes, increasing their security against hackers. But in the furor to build new platforms, many blockchains have bypassed this technology.

The decentralized NFT marketplace has no standards for issuing new tokens or “minting.” Each platform has different procedures, which creates the opportunity for transactional fraud. This cheats artists out of the royalties that NFTs were created to pay out.

Unscrupulous actors can even mint somebody else’s artwork as their own. This was proven when a hacker minted one of the most expensive NFTs ever created through the artist’s original wallet, then listed it for sale on his favorite NFT platform. The hacker did so to expose the “Ponzi scheme” he believes NFTs represent.

While the NFT is a novel idea, like other purported cyber revolutions, more effort has been directed toward sustaining momentum than making sure the standard works. Hopefully, these issues will be rectified soon, before the loopholes become gaping chasms.