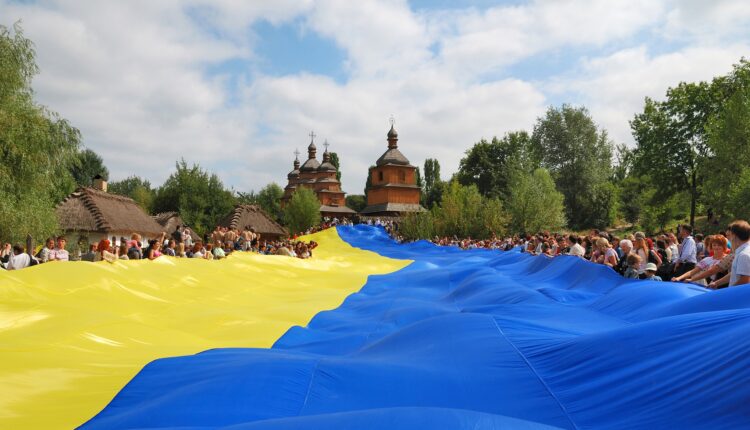 The role and utility of technology is expanding as the war in Ukraine plays out.  It appears as though NFTs are emerging as an especially important tech component in the battle against Vladimir Putin’s armed forces. A member of the punk band that goes by the name of Pussy Riot has launched a new NFT of the war-torn nation’s flag in an attempt to raise money for victims of the war. The funds will also be used to help refugees who fled the country for a new life in Poland and other Eastern European countries.

The Ukrainian Flag Sells for a Pretty Penny

The Ukrainian flag NFT is listed for sale at $6.75 million. The NFT’s sale has been organized through the Ukraine decentralized autonomous organization or DAO for short.  Though the NFT is not guaranteed to sell for slightly less than $7 million, early reports indicate it will sell at or near this value.  Furthermore, it is also possible that a bidding war will occur for ensuing NFTs listed through the DAO.  When all is said and done, the most coveted NFTs sold through the DAO might sell for even more than $7 million.

The proceeds of the sale of the NFT referenced above will be transmitted to Come Back Alive, an organization that provides supplies to civilians and military members throughout Ukraine.  Those in the tech community agree the Russian invasion of its neighbours to the west constitutes the first-ever cryptocurrency war.  The Ukrainian government has gone as far as turning to Twitter to ask for financial assistance in the form of cryptocurrency.  The call for funding has raised a whopping $40 million worth of cryptocurrency financial assistance.

NFTs to the Rescue

NFTS account for in excess of $7 million of the funds raised for the embattled nation.  It is particularly interesting to note that some of the NFTs sold to support Ukraine were put on the market through the forementioned DAO.  The DAO is a community-organized group that does not have any sort of central authority.  The band member noted above, Nadya Tolokonnikova, launched the DAO merely one week ago.

The hope is that the DAO will be used for additional NFT sales that finance medical supplies, food and additional services to Ukrainians in need of support.  The organization will accept donations on the web throughout the ongoing war with Russia.

Artists Lend Their Support to Ukrainians

Olive Allen, a NYC-based artist, with Russian heritage is lending her talents to support Ukrainians in need of assistance during this dark chapter of human history.  Allen is auctioning a piece of art dubbed “No to the War” that features a blue bear highlighted by yellow features and a placard.  Allen is one of nearly 60 artists who have donated their artwork in the effort to raise funds for Ukrainians.  The artists have teamed up in an initiative spurred by the OpenSea NFT marketplace and Time magazine.

Allen recently turned to Instagram to express her concern for Ukrainians, stating she stands in solidarity with the people of Ukraine.  She went on to note how the war breaks her heart and insists Vladimir Putin has lost his mind.

Russia’s Potential use of CryptocurrencyRussian authorities have the potential to pivot to the use of cryptocurrency to undermine sanctions imposed by the United States.  However, when all is said and done, the good provided through crypto is likely to significantly outweigh the bad.  There is no question that cryptocurrency investing and NFTS are a net positive for humanity as a whole as they advance the greater good through high-tech utilitarianism.