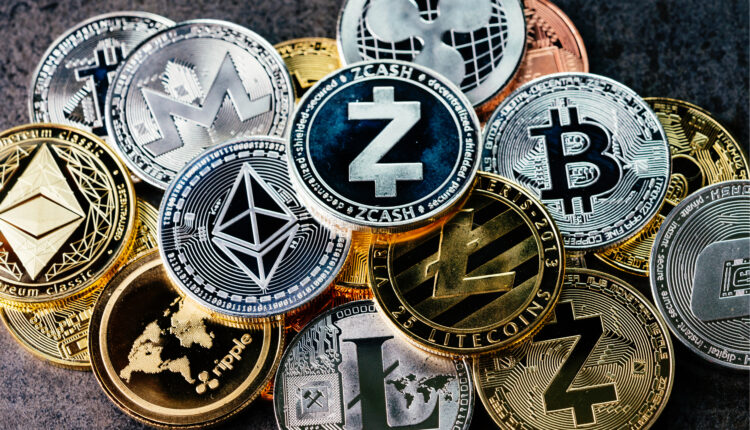 Why is Crypto Sliding?

Crypto has been on the decline in recent days.  Bitcoin, Ethereum, Shiba Inu, Solana and other cryptocurrencies have declined in unison.  Part of the risk inherent to crypto investments is they can suffer rapid declines late at night or early in the morning as these alternative value stores do not trade during the same hours as conventional securities such as stocks.

Details of the Crypto Drop

The crypto market as a whole is down slightly more than 3.4% in the prior 24 hours.  However, this fall should not concern crypto holders, especially if they have held digital currencies since the start of the year.  Crypto has enjoyed significant gains throughout ’21, reaching record highs.  The takeaway from crypto’s recent volatility is it is a turbulent store of value that will inevitably rise to new heights, dip back down and undulate.

Similar to most value stores, crypto is likely to increase in price as time progresses.  The rise of inflation combined with the ever-increasing interest in alternative stores of value not controlled by the Fed make Bitcoin and other cryptocurrencies quite appealing.

Crypto Isn’t the Only Value Store in Decline

Take a close look at stocks, ETFs, mutual funds and other securities and you will find the vast majority are down in the prior weeks.  It is no secret that we are in the midst of a bear market to end the year.  Rapid inflation combined with the spread of the Omicron variant of the coronavirus has investors spooked as the year comes to a close.  The anxiety has spilled over into the cryptocurrency market, sending digital currencies downward to end the week.

Add in the fact that the totalitarian Chinese government is preventing initial digital coin offerings and crypto holders have become even more nervous.  Chinese totalitarians have even gone as far as directing Bitcoin miners within the country’s Sichuan province to halt production of the cryptocurrency altogether.

Bitcoin is a Bellwether for the Crypto Industry

Bitcoin is currently trading around $46,000 to end the week.  This popular cryptocurrency is generally viewed as a bellwether for other digital currencies such as Ethereum, Solana and Dogecoin.  Investors looking to take the temperature of the crypto space as a whole are advised to center their focus on the performance of Bitcoin.

Bitcoin’s recent decline is better understood in the proper context.  Rewind time one month ago and Bitcoin was priced around $60,000.  The digital currency dropped down to $46,583 on December 4, bounced right back up to hit $51,774 on December 7 and has undulated in recent weeks.  However, holders of Bitcoin and other digital currencies should not be concerned with the recent slide.

Shift your perspective to Bitcoin’s performance across the prior year and you will be comforted.  Bitcoin was trading at $22,837.68 on December 17, 2020.  The alternative currency has more than doubled in a year’s time, meaning the recent profit-taking is perfectly understandable.

Though cryptocurrencies are on the decline, the momentum could easily shift the other way.  In particular, Elon Musk’s recent comments about Tesla accepting Dogecoin for Tesla vehicles might help boost crypto values.  Musk has made it clear that Dogecoin can be used to purchase or lease Tesla automobiles.  The electric automaker has even gone as far as purchasing $1.5 billion worth of Bitcoin.

Though Musk has acknowledged the fact that Dogecoin was originally established as a lighthearted cryptocurrency in 2012, the investing public clearly believes this alternative currency has significant value.  The fact that Musk is backing Dogecoin and will allow car-buyers to use the cryptocurrency to purchase Tesla vehicles makes it abundantly clear that cryptocurrency will saturate the mainstream of our economy that much more in 2022 and the years that follow.