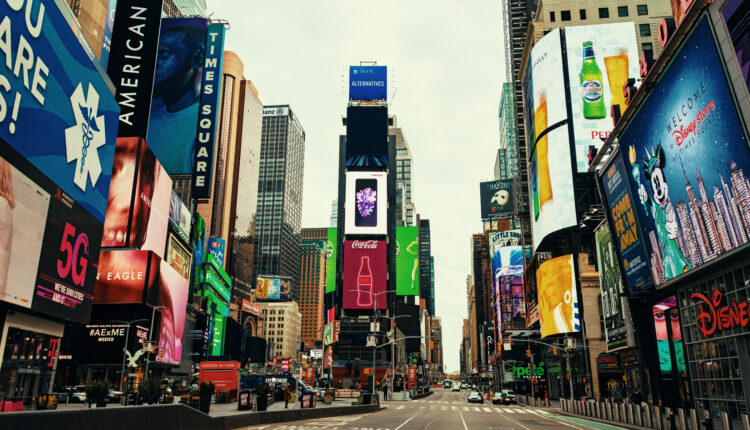 Ideas that were apparent to those in deep tech circles of America’s futurist community became obvious to the rest of the world with the onset of one of the most contagious diseases in decades. These were concepts like remote work – visiting the office less frequently while still maintaining acceptable levels of productivity – or working fewer days a week and still completing mandatory tasks thanks to AI assistance and efficient software systems. Reducing time spent at retail shopping outlets by taking advantage of smooth e-commerce experiences has become prevalent, whereby anyone can purchase an entire closet, use their bedroom mirror as a fitting room and what doesn’t suit can easily be returned, at no extra cost to the customer.

On the consumer level, this new way of life comes at no surprise, but what may astonish many is the impact the pandemic has had on the corporate economy. In the pre-corona world, any transaction north of say one million dollars would usually take place in person. Typical cordialities like wining and dining, awkward small talk and a hand shake upon closure was par for the course. But throughout the widespread lockdowns, we have witnessed an unprecedented occurrence.

Capital is flowing throughout various industries, without the principals ever meeting in person. Venture capital funds have been investing in startups around the country, based on nothing more than zoom meetings and phone calls. Even the author of this article made waves recently when he closed the largest Multifamily Group deal in the history of Eastern Union, one of the largest real estate financiers in the country, during the pandemic. The multi-million dollar transaction, across state lines, was managed via phone calls and emails alone.

These mega trends are becoming deep rooted in the American psyche, such that even if a vaccine were to become accessible within a year, some of these ideas would be here to stay. Young adults who no longer need to leave their parents’ basements to attend IVY league colleges are experiencing a paradigm shift as to the importance that location plays when it comes to success. This point cannot be understated, because if the demand to live in high density cities like Manhattan were to drop by even a handful of percentage points, the effect on underlying real estate prices, and the array of financial instruments traded based on those, could potentially plummet. And while supply demand theory can be debated by the pundits, the cold hard facts telling a chilling story.

A recent case study shows that thousands of high earners have already left New York this year, an exodus that is deepening concerns over a projected $9 billion budget shortfall for the state’s coffers. Many who have already left cite anxiety over the local economy and quality of life after the widespread lockdowns that effectively converted most of Manhattan into a ghost town. Recently, business leaders publicly denounced Mayor Bill De Blasio for “deteriorating conditions in commercial districts and neighborhoods across the five boroughs.” Add to the mix that many are convinced that the State’s taxes will be increasing, residents worry about their bottom lines and uncertainty of the ability to maintain their upper class lifestyles.

The pandemic accelerating the trend

The pandemic has turbocharged migration from high cost, high-density places to lower-cost states like Texas, Florida and Nevada, by forcing the mass adoption of remote work and eliminating many of the advantages of urban life. Nearly half of New Yorkers earning six figures or more claim they considered leaving the city recently, with cost of living being the top factor, according to a survey by the Manhattan Institute. Sporadic rioting akin to a banana republic and the need to board up shops during moments of national tension don’t help the cause.

Losing thousands of wealthy tax payers is tough for any state government to handle, but losing the corporate accounts is nothing short of a gut punch. Just when Wall Street thought the worst was over, billionaire hedge fund manager, Paul Singer, announced he was migrating south. And he would be taking his $41 billion USD fund with him to West Palm Beach, Florida.

Singer has been dubbed a “vulture capitalist” for his tendency to purchase distressed debt from companies and sovereign states like Argentina, Peru and Republic of the Congo, and then pursuing full payment through the courts. One Argentine debt recovery operation got so intergalactically entangled, Singer actually ended up suing SpaceX, seeking the rights to two satellite-launch contracts bought by Argentina valued at $113 million USD. He defends allegations of foul play, claiming his model is “a fight against charlatans who refuse to play by the market’s rules” and in reality, any objective economist can tell you that free market moves of this nature helps keep kleptocratic governments in check.

In line with his usual visionary persona, Singer sent a memo to employees way back on February 1st, 2020 warning them of the potential impact of the corona virus pandemic, and the extended quarantine period that would come with that. No surprise considering the 75-year-old billionaire has one of the hottest records in the industry, posting just two red years and annualized gains of ~13% since opening his doors in 1977. When Bill Ackman rang the alarm, causing global markets to collapse in March, Elliott’s returns were flat because of hedges that offset losses elsewhere in their portfolio, unofficially gaining 2.2% in a quarter where most funds saw double digit losses.

Elliot Management and their hundreds of formerly New York based employees are no longer indebted to the New York taxman, and there are likely more to follow. Where exactly that money flows and it’s long term effects on local economies is too early to call, but economists are keeping their fingers on the pulse of these wealth flows and attempting to predict who the winners and losers will be.

Whichever way you dice it up, billionaires leaving NYC and taking their headquarters with them is unhealthy for an enormous but fragile tax base. Preceded by legendary hedge fund manager, Carl Icahn and in parallel to another former New Yorker, Billionaire President Donald Trump, the tax haven migration to warmer weather and bluer beaches is significantly beneficial to wealthy taxpayers, but highly unsettling to the middle class left behind to weather the storm.

This article on remote work is the first in an ongoing series of “ The Macroeconomic Analysis Of The US Wealth Shift”.