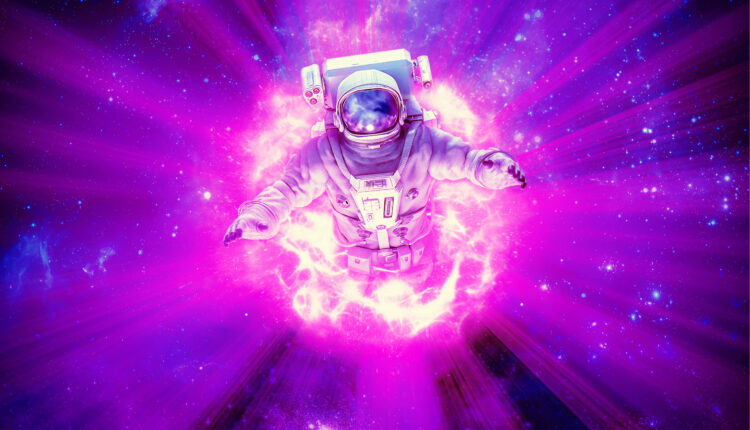 The psychedelics industry had a monumental year in 2021.  Progress made in the year gone by has created a launching pad for the mainstream use of psychedelics treatment modalities.  It is quite possible ’21 will be viewed as an inflection point for the industry, symbolizing the beginning of a raging bull market for psychedelic stocks in ’22 and beyond.  Let’s take a look at the psychedelic trends, changes, and highlights of the year that recently came to a close.

Patience Is The Common Theme

The year gone by has made it clear that it will take time for psychedelics to be approved and accepted as mainstream treatment modalities.  There are still plenty of hurdles in the way before psychedelics such as psilocybin, LSD, and MDMA are embraced by doctors and patients throughout the United States and the rest of the world.

The moral of this story is psychedelics investors must exhibit patience as the industry takes shape, hits its stride and gradually evolves to fulfill its true potential.  The considerable volatility of psychedelics stocks is likely to continue in ’22 and the ensuing years simply because there is no concrete timeline for these alternative treatment modalities to reach a mainstream tipping point.

The Experts’ Take On The Psychedelic Industry’s Year

Andrew Charrette, a psychedelic advisor and director of regulatory affairs with KGK Science, commented on the industry’s evolution, stating he is encouraged by companies’ business plans within the sector.  Charrette is particularly bullish on research efforts initiated in the year gone by.  According to Charrette, the year that came to a close was “…a big year for a lot of the companies coming in and declaring their intent to conduct research.”

Charrette highlights the industry’s progress aside from the development of new drugs.  He points to the meaningful progress of psychedelics businesses that have made strides in other areas of the market, pointing out the merits of those who have worked hard to establish comprehensive clinical networks.

James Halifax, a host of the Psychedelic Investor YouTube channel, recently reminded psychedelics investors that the industry and overarching market are likely to continue to significantly fluctuate in the year ahead.  Halifax notes those who react emotionally to the sector’s undulations are myopic.  He stressed the importance of maintaining a long-term outlook with a buy-and-hold strategy.  As a whole, Halifax is bullish on the psychedelics industry.

In particular, Halifax is optimistic about the progress of psychedelics businesses in the context of scientific studies and ongoing research.  Halifax shone the spotlight on industry trailblazers such as MindMed (MNMD), Atai Life Sciences (ATAI) and Cybin (CYBN).  Those considering investing in psychedelics as well as those who have already established positions should heed Hailfax’s call for patience.  The psychedelics investment analyst even went as far as stating industry investors should have a five-year investing plan.  This advice is a bit striking considering the fact that the average retail investor is on the prowl for securities that can be quickly flipped for maximum gain.

Psychedelics Businesses Are Analogous To Those In The Pharmaceutical Industry

The psychedelics industry somewhat parallels the pharmaceutical sector in that both should be viewed with a long-term outlook.  Such a macro view of these sectors is necessary, largely because each has capital-intensive and complex drug development programs.  Furthermore, those who closely study both spaces agree pharmaceutical businesses are likely to delve into the psychedelics space in the years ahead.

There is the potential for pharmaceutical companies to explore new positions in the space through mergers and acquisitions.  It is possible that the largest businesses in the pharmaceutical space will scoop up the psychedelic drugs with the most merit in the short-term, hold them through the lengthy approval process and emerge as the biggest winners when all is said and done.

The year gone by was quite significant for the psychedelics industry in the context of regulatory progress.  The year was meaningful both in terms of regulatory discussions and ensuing progress from that discourse.  As an example, the ongoing regulatory dialogue with Health Canada, a regulatory body for medical treatments, has set the stage for rules that prove mutually beneficial for industry businesses, medical personnel and patients alike.

Health Canada’s discussions with psychedelic industry representatives and politicians have set the stage to expand upon the country’s recently proposed amendments applicable to treatment provided at the end of a patient’s life.  Another meeting will take place this upcoming January with Canadian regulators and the top psychedelics businesses.

Perhaps just as important as progress on the regulatory front is the advancement in the context of public discourse.  The year that ended last week was highlighted by corporate conferences and other in-person events that provided an important platform to discuss industry advancements and also provide opportunities for networking.

As an example, Microdose held its first-ever in-person event in ’21.  The in-person meeting was meaningful as it followed on the heels of online-only conference discussions.  Dubbed Wonderland, this in-person event was revered as one of the first-ever business events exclusive to those in the psychedelics space.

The industry received additional stimulation in ’21 with public recognition in the form of entry into the coveted Lift Expo lineup.  This event had been primarily centered on cannabis.  The broadening of Lift Expo’s subject matter to include psychedelics is undoubtedly a bullish sign for the industry and those currently holding sector stocks.

Progress In The Context Of Public And Institutional Investment

Both retail and institutional investors poured money into psychedelics stocks in recent years.  In particular, 2021 was especially important for psychedelics investing as it marked the launch of the first-ever ETF, meaning exchange-traded fund.  This fund, the Horizons Psychedelic Stock Index, trades under the symbol of PSYK.  The fund has been in existence for nearly an entire year as of the time of this publication.

Though PSYK finished the year on a down note, investors are encouraged heed the advice of industry analysts and adopt a long-term buy-and-hold strategy.  This theme is applicable to the overarching sector as well.  Though ’20 was a bull market for psychedelics, ’21 was somewhat disappointing for the industry as a whole in the context of investing.  However, as noted above, the psychedelics industry will prove quite volatile for the foreseeable future simply because it is still taking shape.

To be more specific, one of the industry’s most challenging components in the year gone by was securing financing.  Regulatory hurdles give prospective industry financiers pause as the bureaucratic process required for drug approval has the potential to delay venture capitalists’ return on investment much longer than other industries.

Expectations Must Be Tempered

The key takeaway from ’21 is that elevated industry expectations were only partially justifiable.  Some investors assumed these potentially revolutionary new treatment modalities would result in exponential investment growth in a year’s time or even less.  However, as has been shown by the sector’s rocky ’21, psychedelics stocks should not be considered “to the moon” securities in the vein of arguably unjustifiably pumped-up cryptocurrencies.

The sheer potential of the psychedelics sector has an inherent added pressure on both industry personnel, investors and analysts alike.  Drug development is intensive and extensive, necessitating patience on behalf of all relevant parties.  Though some of the industry’s most promising companies such as Cybin have increased employee headcounts by 1,000% or more in ’21, there is still the looming challenge of growing quickly enough to meet investor expectations.  In other words, the price reductions in some psychedelics stocks throughout the year should not send investors fleeing to the exits.  There is progress being made in the addition of new publicly traded companies to United States exchanges.

As an example, Atai went public in the summer of ’21.  Cybin transitioned to the small-cap market of the NYSE.  MindMed shifted to the NASDAQ.  Investors who held positions in psychedelics stocks throughout the year should not view the industry as though it is faltering.  Rather, a more reasonable and logical approach is to take a step back from the market and adopt a macro view of the entire industry instead of hyper-focusing on the daily movement of psychedelic stock prices.  Recognize the fact that there will be bumps in the road, remain committed to the long-term journey and enjoy the ride.