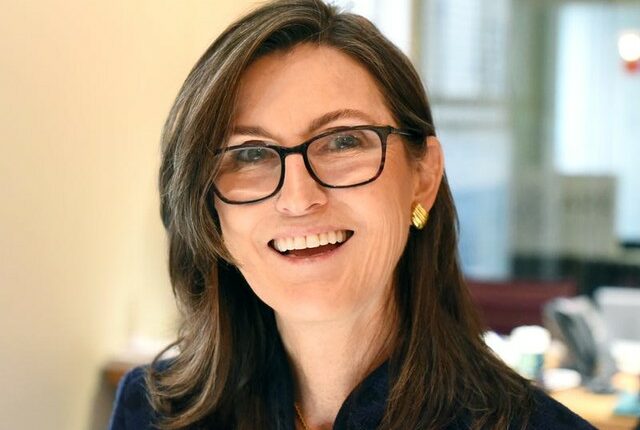 Cathy Wood, the head of ARK Invest, is making waves for purchasing additional shares of atai Life Sciences.  This development constitutes important news for psychedelics investors as Atai trades on the NASDAQ with the symbol of ATAI.  Headquartered in Germany, Atai has a total of 35 employees.  The company has several subsidiaries including InnarisBio, EntheogeniX Biosciences and DemeRX IB.

Wood has expanded ARK’s position in Atai Life Sciences well beyond the million share mark.  As of the time of this publication, Wood’s ARK Genomic Revolution ETF owns 1.303 million shares of the stock.  All in all, Wood has doubled her ETF’s investment in Atai in the past year.

It is clear that Wood is a believer in psychedelics as an alternative treatment modality.  Atai develops psychedelics to help individuals saddled by depression, anxiety, schizophrenia, post-traumatic stress disorder and other mental health challenges.

Though Atai has stumbled across the past six months and the past year, it has been on the rebound in the last 30 days.  Atai is up more than 3% in this period of time.

Take a close look at Wood’s history of Atai purchases on behalf of the ARK Genomic Revolution ETF and you will find she has scooped up hundreds of thousands of shares on several occasions.  Though Wood pulled the trigger on a mere 900 shares of the stock on February 9, she swung for the fences on February 23, buying 195,700 Atai shares.

ARKG is only one of several ARK ETFs.  Wood actively manages ETFs on behalf of investors.  Though ARK ETFs struggled in the year gone by, the same is true of most stocks, mutual funds and ETFs.  ARKG is especially intriguing as it pools investor dollars for positions in publicly traded companies focused on improving the human condition.  In particular, this fund incorporates medical, scientific and technological advancements in the context of genomics.

ARKG holdings are concentrated in securities within the health care sector.  To be more specific, most of the companies that comprise this ETF conduct business in the biotechnology space.  Wood zeroes in on disruptive businesses that shake up the status quo and blaze new paths with irreverence for convention.

ARKG is actively managed, meaning investors pay a small fee for Wood and her brass to make decisions on behalf of the collective.  The objective of ARKG is to obtain long-term growth through the investment of assets in both domestic and international securities.

Atai Shareholders Should Be Enthused

The takeaway from this story is that Wood’s addition of Atai is a positive sign for the company as well as its shareholders and the overarching psychedelics industry.  Wood’s bullish prediction for Atai should buy the stock in the near future and possibly across posterity.  Just as important is the fact that Wood’s position in the company legitimizes it as well as the entire psychedelics industry, setting the stage for those who have been patiently waiting on the sidelines to pour money into these publicly traded companies in full confidence.