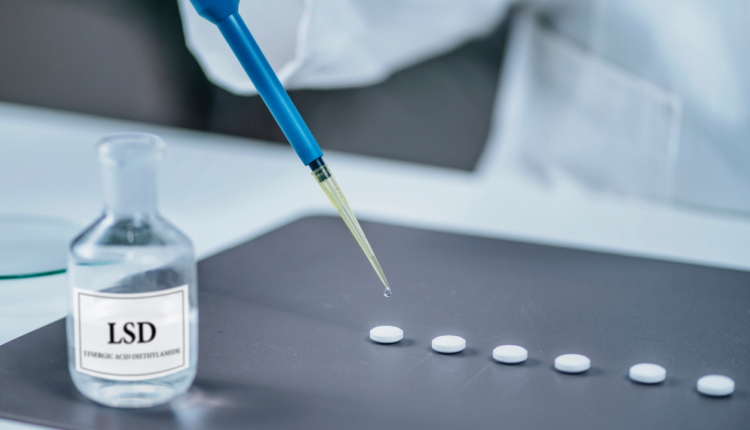 The Drug Enforcement Agency, commonly referred to with the acronym of DEA, has proposed the scheduling of nearly half a dozen psychedelic compounds.  The suggested scheduling is drawing considerable criticism.  If the agency’s plan to move the compounds in question to the most strictly prohibited group of substances is successful, it will be to the detriment of the psychedelics industry.

Psychedelics researchers and advocates alike are pushing hard to spur the agency to shift its proposed scheduling.  If the agency alters the suggested scheduling as requested, it will be a boon for psychedelics investors, likely sending the publicly owned companies within this space even higher.

All in all, nearly 100 individuals and groups have provided official feedback to the DEA after its suggested scheduling.  The agency officially submitted the information in question to the Federal Register in January of 2022.  The period available for public comment extends all the way to the end of the second week in February.

Matt Baggott the CEO of Tactogen, a pharmatech specialist, commented on the DEA proposal, noting the HHS provided an in-depth analysis of the tryptamines to the DEA about a decade ago.  In other words, there might be the potential for the agency to have based its decision on the renewed optimism surrounding psychedelics in recent years.

The crux of the challenge to the suggested listing is that the DEA’s supposed logic in banning the five tryptamines in question is inherently flawed.  The agency currently plans to move Dipt, OH-DiPT, 5-MeO-AMT, 5-MeO-MiPT and5-MeO-DET to Schedule I of the CSA.  CSA is an acronym short for the Controlled Substances Act.  If the transition is allowed to occur, these five tryptamines will be grouped with LSD and heroin.

How The DEA Reached Its Decision

According to representatives from the DEA, the agency took several factors into account ranging from recommendations made by the United States Department of Health and Human Services to research and beyond when making the decision.  The information listed above made the agency’s representatives believe the substances in question might be abused for a hallucinogenic high.  The agency also performed an internal 8-facotr analysis as well.

Information released by the DEA last month reveals agencies have proof of cases in which patients were hospitalized after the use of two out of the five tryptamines referenced above.  However, the agency was only able to cite a single instance of death resulting from the consumption of one of the tryptamines.  Furthermore, this individual also had antidepressants and alcohol in his system at the time of death, meaning the tryptamine of 5-MeO-AMT might not have played a significant role in the death.

The DEA Is Clearly A Conservative Body

For the most part, drug legalization advocates have been rightfully critical of the DEA’s decisions pertaining to scheduling.  The sad truth is marijuana is still classified as a Schedule I drug.  The bottom line is the agency is in the wrong for the improper scheduling of marijuana as Schedule I drugs allegedly have no benefit in the context of medical treatment.  Countless studies show marijuana has significant value in the context of medical care.

It is quite clear that the DEA intends to continue the somewhat unjustified war on drugs.  However, the hope is that the compounds listed above will eventually be moved to a higher schedule, setting the stage for their research for potential use in medical settings.  As an example, time will likely tell that psychedelics help individuals who suffer from PTSD, depression, anxiety and other mental health pathologies.  It is even possible that the use of psychedelics will help prevent suicides, especially military veteran suicides.

One of the published comments written to protest the DEA’s decision to group the compounds listed above with heroin and other hard drugs is the fact that preliminary scientific evidence reveals those tryptamines have helped decrease abuse.