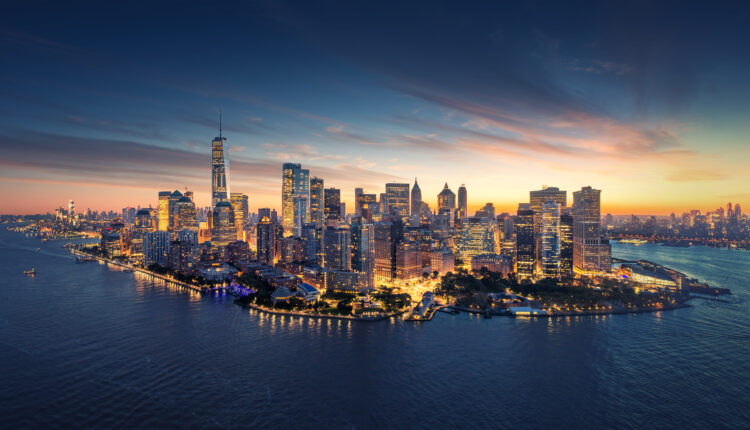 Dr. Ben Medrano is psychiatrist and the medical director at Field Trip Health’s New York City clinic. In an interview with The Dales Report last week, Medrano shared some of the reasons behind his interest in the field of psychedelic-assisted psychotherapy, as well as some information about depression and the ketamine treatment available at Field Trip’s New York location.

“This has been a lifelong trajectory for me,” said Dr. Medrano, who has spent significant time studying consciousness and practicing Buddhism, even attending Budhist seminary before considering becoming a doctor.

“I had my own exposure to psychedelics at an early age while exploring consciousness as a curious kid, and as I proceeded through my medical training, I started to see the research around psychedelics, and about ketamine in particular during my residency,” he said.

Upon completion of his residency, Medrano tracked down clinicians who were already working with ketamine to receive the right training.

Dr. Medrano said that while there is a common belief that depression is caused by a serotonin imbalance, it still remains a medical theory, not a fact.

While there is evidence to show that serotonin plays a role in depression, the narrative that he and others were taught in medical school about the importance of that role has been overstated.

“When we think of antidepressants like SSRIs, we think that serotonin levels have a direct correlation with depression, and that comes primarily out of the research that pharmaceutical companies were conducting,” he said. “It’s not as if that research was invalid, but let’s be honest that there was an interest for it to be true.”

“Somehow the way it got echoed in training really compounded to the point where a lot of providers have just accepted it as fact rather than a theory.”

Medrano said while serotonin is an important part of the process, providers should be considering the roles of other neural chemicals and pathways, too.

Ketamine: Then And Now

Before ketamine was considered a psychedelic and used in clinical settings to treat depression, as it is used at Field Trip, the drug was largely viewed as either a party drug or a horse tranquilizer.

“Ketamine itself has a very interesting history,” said Medrano. “There can be some extrapolation that could be used to raise eyebrows, but in reality ketamine is a dissociative anesthetic that has not just anesthesia properties but analgesic properties, so it helps with pain as well.”

Of the medicines that are used to treat depression, ketamine is well-studied compared to other treatments, according to Medrano.

“In a nutshell, we know the end results of the pathways [ketamine takes] with some deal of confidence, which is regulation of glutamate levels in select areas of the brain that affect depression,” he said.

“But it also causes this activity that we see in a lot of psychedelics, which is a lessening of the activity in the default mode network, or the area of the mind that comes online when we’re…. not really present in the moment.”

Based on this and brain imaging studies out of Imperial College London, Medrano said his team is confident that ketamine can treat depression.

“Another example of how psychedelics in general work is by encouraging neuroplasticity or new synaptic growth and new neurological connections,” he said. “With ketamine in particular, we see biochemical markers that show that neuroplasticity is taking place, at least for two weeks post-treatment.”

Ketamine in Canada vs. the United States

In Field Trip’s New York City clinic, ketamine is administered through an intramuscular injection. But in Canada, Field Trip administers ketamine via a sublingual lozenge.

“Regulatory bodies in Canada have their own opinions about how it should be administered, and the guidelines and safety around it, whereas in the United States, we’re not that strict,” he said.

He also noted that intramuscular doses are preferred as they are less wasteful than lozenges: “It’s something that’s almost 100 percent bioavailable, rather than losing a lot of the drug to the stomach or GI tract if it’s accidently swallowed. Sublingual or under-the-tongue absorption is really inconsistent and variable.”

Intramuscular doses, he said, make it easier for the team at Field Trip to find what he calls “a workable dose,” one that “doesn’t cause so much dissociation that the client can’t remember what occurred.”

“We want for them to be able to consolidate those memories and make use of them therapeutically. And part of what we do is gradually increase the dose with the clients feedback so that we can find that dose for them,” he said.

The target, he said, is to induce a psychedelic or mystical experience, while providing needed support through therapists and clinicians. Intramuscular doses allow for tighter control of that dose.