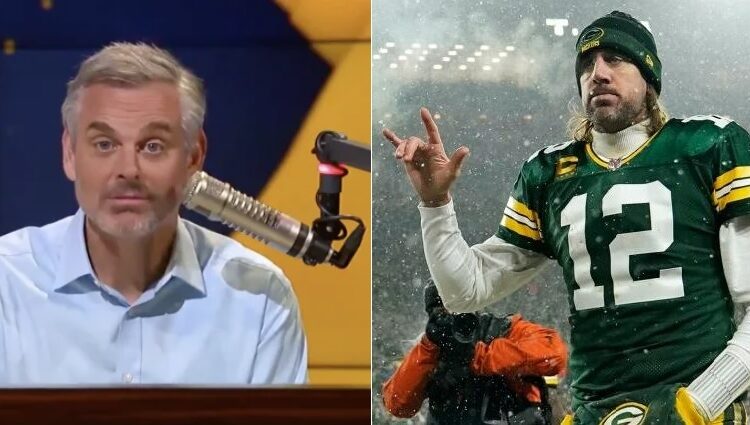 Although mainstream validation of psychedelic medicine is quickly taking shape, not all people are taking these substances—and their purported healing attributes—all that seriously. Recently, Colin Cowherd, host of Fox’s The Herd broadcast, appeared to minimize Aaron Rodger’s recent ayahuasca experience. The Herd with Colin Cowherd is a three-hour daily sports television and radio show on FS1 and iHeartRadio.

Regarding Cowherd’s comments on psychedelics, they were in relation to the glowing declaration that future Hall of Fame Green Bay Packers quarterback Aaron Rodgers revealed about his psychedelic experience during the Aubrey Marcus Podcast last week. He said that ayahuasca, a South American ceremonial hallucinogenic brew from the Amazon basin, helped him “unconditionally love” himself. Furthermore, Rodgers added that the psychedelic drink also helped him achieve the “best season” of his NFL career. Colin Cowherd:

So Aaron drank a psychedelic tea that made him hallucinate and said it took him to a different realm… Aaron, I’m older than you and it happened to me too – it’s called college. I had six rum drinks in 90 minutes… I saw weird things too. I moved into a different realm, it was ‘that was the worst damn hangover I’ve ever had in my whole life.’ It changed me, the next morning I absolutely made a point in my life to never drink Captain Morgan’s again. Aaron, lots of people have tried this psychedelic tea; they’re called hippies, burnouts, and affluent White people with too much time on their hands, and nobody in their life to call out their crap...

Mr. Cowherd’s comments appear to show profound ignorance towards the mechanisms of action of psychedelics by comparing the after-effect experience with alcohol. The active chemical in ayahuasca is DMT (dimethyltryptamine) which primarily acts on 5-HT2A receptors, and other serotonergic and glutaminergic receptors in the brain. The efficacy and actions of first and second-generation antidepressants are the principal basis of the monoamine hypothesis, which suggests that an imbalance in 5-HT, norepinephrine, and/or dopamine neurotransmission underlie the pathophysiology of depression.

Whereas repeated episodes of binge-like alcohol consumption produce anxiety, depression and various deleterious effects including alterations in neurogenesis—possibly through the downregulation of 5-HT1A receptor expression.

As a testament to the potential of DMT for therapeutic uses, several companies are conducting clinical trial research on the substance. For example, Small Pharma Inc. (CVE: DMT)(OTCMKTS: DMTTF) is leading the world’s first clinical trial for DMT-assisted psychedelic therapy in major depression. And Viridia Life Sciences, a wholly-owned subsidiary of atai Life Sciences N.V. (NASDAQ: ATAI), is developing novel formulations of N, N-Dimethyltryptamine (DMT) for a range of mental health conditions.

Other public-traded companies such as GH Research Plc are studying 5-MeO-DMT (5-methoxy-N,N-dimethyltryptamine) for the treatment of depressive conditions. 5-MeO-DMT is a tryptamine natural product most commonly identified as the primary psychoactive component of the parotid gland secretions of Incilius alvarius, the Sonoran Desert toad.

We note that there are currently zero clinical trials studying the effects and after-effects of alcohol on depression.

As for the rest, we’ll let our readers be the judge of the validity of Mr. Cowherd’s statements. Overall however, it is a stark reminder that the psychedelic industry still has distance to go before obtaining mainstream understanding.