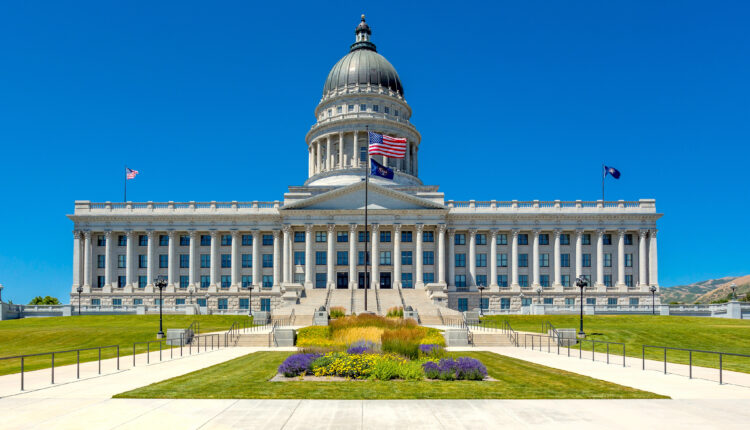 Spencer Cox, the Governor of Utah, signed a bill earlier this week to launch a task force to study the use of psychedelics for treating mental health problems.  The bill will also pave a path for recommendations in terms of the psychedelic drugs’ therapeutic potential as well as regulations for their use.

State representative Brady Brammer introduced the proposal at the start of the year.  It didn’t take long for the measure to pass through the state legislature with only one nay in the House and Senate.

It is interesting to note that the text of the bill does not directly reference psychedelics.  However, the language of the bill implies that the state will analyze the utility of psilocybin and other psychedelics in the context of mental health treatment.  The bill even goes as far as detailing which individuals will be appointed to the task force including researchers, psychologists, psychiatrists and other professionals.

The task force will also delve into suggested regulations to be reviewed by the legislature.  The task force will submit its final report containing the recommendations listed above by the last day of October.  Psychedelics investors are advised to pay close attention to the ensuing developments as they will play a part in shaping the industry’s ever-changing landscape.

To Legalize or Decriminalize?  That is the Question

As social norms change and research into psychedelics continues, more state lawmakers are considering either decriminalizing or legalizing these psychoactive substances.  As an example, a Missouri House committee hosted a hearing on a Republican-led bill that would make a litany of psychedelic substances legal for the use in the context of therapeutics.  Such substances would be available at designated care facilities and also decriminalize the possession of psychedelics.

A legislative committee in Connecticut recently approved a bill that established limited patient access to psychedelics such as psilocybin and MDMA.  Ned Lamont, the Governor of Connecticut, signed a different bill in 2021 that contained language mandating the state conduct a study to gauge the therapeutic potential of psychedelic mushrooms.

Washington’s lawmakers transmitted a budget bill to the state’s governor’s desk including a proposal that would shift nearly a quarter-million dollars of funding for the establishment of a workgroup that analyzes the legalization of psilocybin as a treatment modality.  The state might end up using its cannabis regulatory systems to track psilocybin mushrooms.

Maryland’s House of Delegates committee hosted a hearing earlier this month pertaining to a bill that would launch a state fund that provides military veterans with access to psychedelics including ketamine, MDMA and psilocybin to treat their PTSD.

Progress at the Federal Level

Let’s shift our sights to the federal level of government to get a sense of how the push to legalize psychedelics is gaining steam on that front.  Bipartisan lawmakers recently penned a lengthy letter requesting the use of psilocybin for those who are terminally ill with cancer and other health problems.  The letter was sent to the Drug Enforcement Administration (DEA) earlier this month.