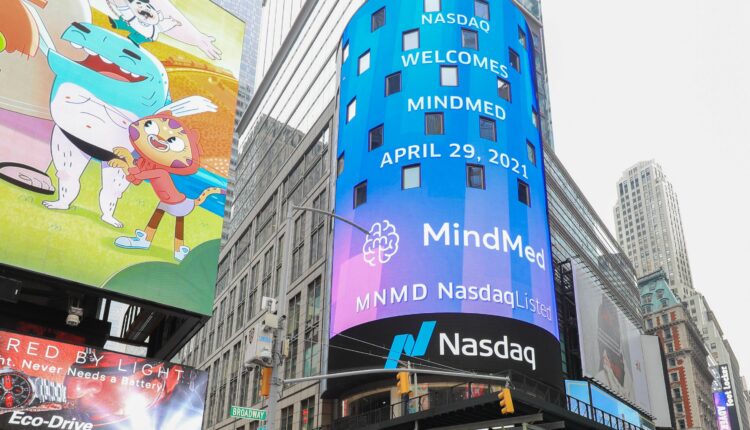 MindMed Goes Public on the Nasdaq: The Incredible Week that Was

Companies that are “going public” tend to elicit excitement from investors. They can create new opportunities and lead to greater growth for a business. This week, psychedelics company MindMed went public on the Nasdaq. Now, MindMed stock can be traded on the U.S. markets.

As a company, MindMed specializes in psychedelic medicine and therapy. Employees work to not only discover but also to develop psychedelic-based medicines to help those who suffer from mental illness and/or addiction. This includes individuals with depression, anxiety, ADHD, and PTSD. Some of the psychedelics that the team at MindMed works with include LSD, MDMA, psilocybin (the active compound in magic mushrooms), and DMT.

As of now, MindMed has no revenue. That is not surprising, as the company is involved in various phases of a number of clinical trials. However, at the moment, MindMed is also a global leader in the psychedelic industry. It is backed by high-profile investors like Kevin O’Leary from ABC’s Shark Tank and Bruce Linton, the founder of the cannabis company, Canopy Growth.

MindMed on the Nasdaq

On Tuesday, April 27th, 2021, the MindMed stock started trading on the Nasdaq Capital Market. On the Nasdaq, the stock trades under the ticker symbol MNMD. However, it is worth noting that MindMed remains listed on the Neo Exchange as MMED.

The news of the MindMed Nasdaq IPO announcement sent the stock soaring in the days leading up to trading. After the announcement on the 23rd of April, the stock jumped 65%. The following Monday (April 26th), it gained over 37%. This doubled the stock’s normal trading volume and led to a 52-week high.

But after all the hype that MindMed received in the days leading up to the 27th, the stock price dropped nearly 30% on the first day of trading. This could be for any number of reasons. However, speculation is that many investors tried to get into MindMed to profit from the hype surrounding the company. These investors were not looking to invest in the company for its potential products and future. They were simply looking for a few quick bucks.

JR Rhan, the cofounder and co-CEO of MindMed, believes that the listing of the company on the Nasdaq is a win in and of itself, regardless of how the trading went. As of Friday, April 30th, the stock is sitting at around $3.80 a share.

What It Means that MindMed is on the Nasdaq

MindMed is only the second psychedelics company to be listed on the Nasdaq. This listing speaks to the seriousness of the research and development currently being done by psychedelics companies. Their products could be game changers for the pharmaceutical and mental health industries. While MindMed is still in its early days, the company appears to have a bright future. This could also bring a bright future for investors.

To stay updated on MindMed, along with other psychedelic stocks and companies, be sure to check back in with us at The Dales Report.