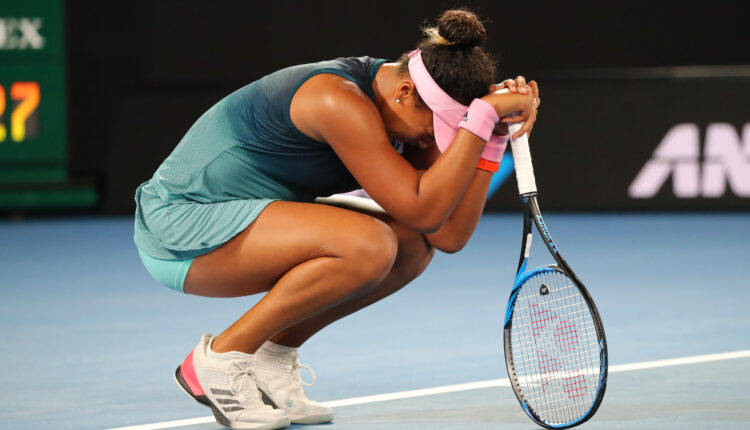 The phrase was used by women’s tennis star Naomi Osaka in a Times Magazine article of the same name, where the athlete justified her decision to withdraw from the French Open after skipping a press conference following an opening-round victory.

Citing anxiety and repeated bouts of depression, Osaka took a brave stance against the WTA’s ruling body in choosing to “exercise self-care and preservation of (her) mental health,” despite threats of further suspensions and disqualifications.

A few weeks later, US gymnast Simone Biles pulled herself out of a competition she was all but certain to dominate for similar reasons.

While pockets of the media chose to attack the athletes for failing to follow through on their “commitments,” the majority of voices chose to support, and even applaud the competitors for putting the growing concerns of mental health in the spotlight.

The conversation surrounding mental health continues to become more mainstream and acceptable each day, with a number of high-profile voices openly divulging their own personal struggles. As the dialogue expands, so too does the list of professional athletes who come forward to share their personal struggles with mental health.

The sports media game changed forever when Kevin Love’s open letter in The Players’ Tribune was released, where the NBA Champion documented a 2017 in-game panic attack as the result of his longtime battle with anxiety and depression. Love has since become a vocal advocate for the mental health awareness movement, proving that even those at the top of their careers are susceptible to these battles.

Additional stress put on by the ongoing pandemic has seen an increased emphasis put on identifying and treating mental health disorders, and most traditional treatments have only served to mitigate a patient’s symptoms.

Psychedelics and psychoactive chemicals have quickly become the most promising candidate for researchers and scientists looking to crack this age-old puzzle, and the mainstream pharmaceutical market is quickly taking notice.

In short, research being conducted by some of the top biotech firms across the globe is looking to prove that psychedelic therapeutics can offer time-controlled high-intensity experiences that can help repair neurological pathways, allowing patients to not only deal with but ultimately eliminate the root cause of the disease.

With a handful of leading drug candidates currently in trial stages at leading medical research facilities, experts believe that the psychedelic drug market could see its value nearly double over the next five years.

In 2020 the global psychedelic drug market was valued at $3.8 billion, and with experts projecting a 14.5% annual growth rate, the industry would reach a $6.5 billion valuation over the next five years.

Those investing in psychedelics are hoping that medicinal credibility and legislative advances will expedite this positive trajectory.

While these biotech companies are exploring the medicinal potential of psychoactive chemicals like psilocybin and DMT, others are focusing on products already approved by the FDA

Ketamine is a promising candidate for scientists looking to treat mental disease and addictions through psychedelic experiences, largely because ketamine itself has been approved for human consumption for more than 50-years.

The drug had most widely been used to relieve pain by relaxing the patient, sometimes to the point of losing consciousness as anesthesia. Practitioners are now administering low doses of ketamine to patients dealing with psychiatric disorders, and early results have delivered promising results.

Companies like Awakn Life Sciences have linked ketamine-based therapeutics to the treatment of substance addiction, and are even looking to the drug to cure compulsive addictions, like gambling.

Doctors are already using ketamine-based drugs to aid patients struggling with PTSD, bipolar disorder, depression, and substance addictions, but studies being performed at the hughes levels will only further solidify ketamine’s place as a viable treatment option in the medical community.

As psychological and medical practitioners cozy up to the idea of a psychoactive drug being able to treat mental ailments, the willingness to look to other more taboo treatments grows as well.

Mental health and its detrimental effect on even the most successful of people has never been more visible, and the medical community finds itself in a place where alternative therapies are needed to aid those who do not respond to traditional treatment methods.

This need combined with the emphasized focus on mental health disorders could just create the perfect storm for an expedited legislative pathway to the legalization of other criminalized psychoactive substances.

Those investing in psychedelic companies are paying close attention to the advances being made in clinical trials around the world, but not only to the brand driving the study but to the chemical being used as well. Identifying which chemical has the widest acceptance in the medical community can help identify which brands are on the fast track to having a product go to market, and in the world of big pharma, this can lead to big money for those invested in the brands that establish themselves as the face of the movement.