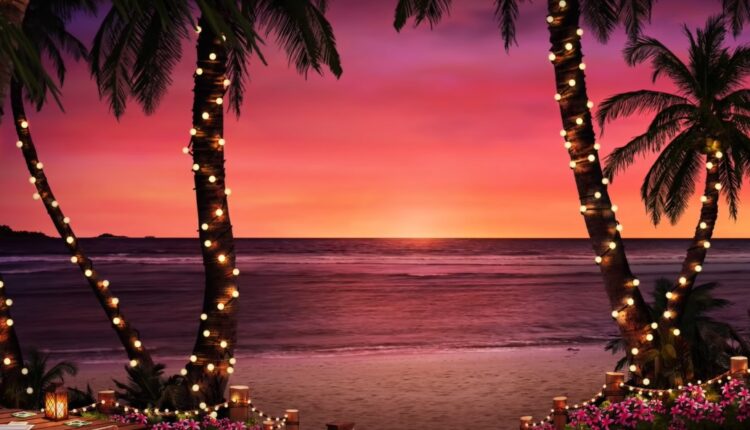 Welcome to TDR’s review of the Top 5 Psychedelic developments for the week of May 30. Aside from presenting a synopsis of events, we provide market commentary to summarize the week that was for publicly-listed companies.

5. B.C. To Decriminalize Possession Of Small Amounts Of ‘Hard’ Drugs, Including MDMA

Effective Jan. 31, 2023, British Columbians 18 and older will be able to carry up to a cumulative total of 2.5 grams of these illicit substances without the risk of arrest or criminal charges. Under rules established by Ottawa and the province, police will not confiscate the drugs, and people found to be in possession will not be required to seek treatment. The production, trafficking and exportation of these drugs will remain illegal.

The illicit drugs covered by the new rules are opioids including heroin and fentanyl, cocaine, methamphetamine and MDMA – the substances most commonly associated with deaths from toxic drugs. Police will maintain discretion to arrest people and recommend charges for possessing other substances.

The province has ramped up its response in recent years to a drug crisis that has killed thousands of people, expanding harm-reduction measures and opening the door to a safer drug supply.

Tripp has raised $11.2 million in funding to help it continue to create meditation apps that power the “mindful metaverse.”

The funding was raised from Bitkraft Ventures, Amazon Alexa Fund, Qualcomm, HTC, Niantic and Mayfield. Tripp reports that it will use the funding to help meet the growing global demand for mental wellbeing through Tripp’s extended-reality (XR) wellness accessible through augmented reality (AR), virtual reality (VR), and mobile application.

The company also recently announced the acquisition of BeardedEye’s world-building platform Eden, which will enable users to further customize their Tripp experience, explore digital realities and meet other people.

Number And Percentages Of Negative Responses Linked To The Use Of Psychedelic Drugs, Online Survey Completed By 2,510 Adults

The biggest psychedelic stocks were mixed, however, percentage gainers outpaced decliner and that allowed psychedelic stocks to outperform peer indexes. The Horizon Psychedelic Stock Index ETF (PSYK) climbed ↑3.26%, which bested the Nasdaq Junior Biotechnology Index (↑1.52%) and the Nasdaq Biotechnology Ishares ETF (↓2.51%). After a positive performance last week disrupted seven consecutive weeks of decline, both the NASDAQ 100 ↓1.01% and S&P 500 ↓1.11% fell after a weak Friday session despite a better-than-expected U.S. payrolls report.

Awakn Life Sciences has have initiated a larger behavioral addiction study investigating ketamine as a treatment for Gambling Disorder. Awakn had previously announced on May 19, 2022, that the company had completed a successful pilot study for a range of behavioral addictions. Newest interview covering the news.

Clearmind Medicine has been granted patent approval from the Office of the Controller-General of Patents, Designs and Trademarks in India. The patent refers to the company’s proprietary MEAI-based alcohol substitute patent family.

FSD Pharma announced the submission of an Investigational New Drug (“IND”) application with the U.S. Food and Drug Administration and Health Canada detailing a planned Phase 2 clinical trial of FSD-PEA for the treatment of a yet-to-be-disclosed inflammatory disorder.

Ketamine Wellness Centers has expanded the availability of SPRAVATO® to three new cities and increased the total number of clinics offering the FDA-approved esketamine nasal spray to six. Starting June 1, the KWC clinics in Minneapolis, Salt Lake City and Dallas will join the Houston, Las Vegas and Seattle locations in offering SPRAVATO to their patient base.

Michigan activists announced on Wednesday that they will no longer be pursuing a statewide psychedelics legalization ballot initiative for this year’s election and will instead focus on qualifying the measure to go before voters in 2024.

Mind Medicine announced that Robert Barrow, Chief Executive Officer and Director, will participate in the Jefferies Global Healthcare Conference, to be held in New York, NY from June 8-10, 2022.

Nirvana Life Sciences has released comprehensive data on a scientific study that aims in determining the effects that psilocybin has on the heroin-addicted brain.

Origin Therapeutics Holdings, an actively managed, psychedelics industry-focused investment issuer, has received approval to list its common shares on the Canadian Securities Exchange. The common shares will commence trading under the trading symbol “ORIG” on June 6, 2022.

Silo Wellness has executed a nonbinding letter of intent to acquire Dyscovry Science, a Toronto-based biotechnology company that focuses on biosynthetic manufacturing of psilocybin and its derivatives.

The Psychedelic House of Davos, a satellite event happening in conjunction with the World Economic Forum, was a ‘genius strategy’ to build credibility, say experts.

2. Cybin Submits IND Application to FDA For Its Phase 1/2a First-in-Human Trial of CYB003 For The Treatment of Major Depressive Disorder

Cybin Inc. (NEO:CYBN) (NYSE:CYBN) announced the submission of an Investigational New Drug application to the U.S. Food and Drug Administration for its Phase 1/2a first-in-human clinical trial evaluating CYB003, a proprietary deuterated psilocybin analog, for the treatment of major depressive disorder (MDD).

“Following the successful completion of our IND-enabling work just last month, we are very excited to have reached this major milestone toward advancing CYB003 into clinical development so quickly. Based on preclinical studies, our proprietary psilocybin analog has the potential to offer numerous advantages over classic psilocybin with the potential to ultimately provide better outcomes for people suffering with MDD,” said Doug Drysdale, Chief Executive Officer of Cybin. “This FDA submission is the next major step in the advancement of CYB003, and we continue to work tirelessly to bring this innovative therapeutic option to people as quickly as possible. We look forward to continuing to work with the FDA to initiate the Phase 1/2a trial in mid-2022.”

B.C.-based company Optimi Health (CNSX: OPTI) (OTCMKTS: OPTHF) has harvested its first cultivation of psilocybin mushrooms at its Health Canada-licensed facilities in Princeton, B.C., positioning itself as a major player in the burgeoning psychedelic sector.

We are the only GMP organic facility in the world that can supply what we do. We have contacts all over the world for people who would like to do research with psilocybin.

The $14-million venture consists of two 10,000-square-feet facilities with a combined total of 10 growing rooms that can produce approximately 2,000 kilograms of dried psilocybin mushrooms a month, according to Optimi’s head cultivator, Todd Henderson.

This month the agency granted Optimi a licence to produce the mushrooms as well as a research exemption to extract the psychedelic components of psilocybin and psilocin for use in clinical trials, according to the company.  Optimi says their facilities are built to meet Good Manufacturing Practice (GMP) requirements, a quality assurance standard required by Health Canada to produce psilocybin for clinical research.