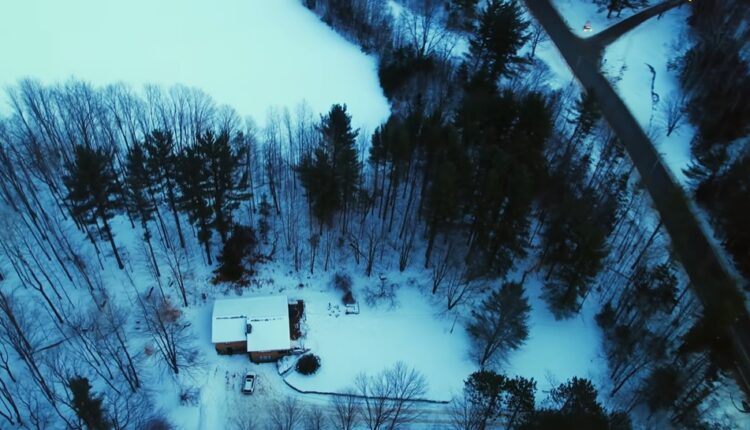 Welcome to TDR’s review of the Top 5 Psychedelic Developments for the week of November 14. Aside from presenting a synopsis of events, we provide market commentary to summarize the week that was for publicly-listed companies.

During an appearance on HBO’s “Real Time with Bill Maher” on Friday, Gov. Jared Polis (D) cheered the approval of the psychedelics ballot initiative, despite having declined the opportunity to endorse to proposal ahead of the vote.

Psychedelics have made it to Capitol Hill. On Thursday, Congress announced the creation of a Congressional Psychedelics Advancing Clinical Treatments (PACT) Caucus. Led by Representatives Lou Correa (D-CA) and Jack Bergman (R-MI), the caucus will consist of bipartisan members of Congress committed to “addressing ways to alleviate the national mental health crisis through psychedelic science and research.”

The caucus will not promote or offer recommendations on decriminalization or legalization measures but rather lead the congressional talks on psychedelics as potential therapeutics as well as establish itself as a public educational resource.

As such, the PACT Caucus’ objectives include increasing awareness of psychedelic-assisted therapies (PAT) among members of Congress and their staffs and supporting further federal funding and examining regulatory barriers for psychedelic research and medicine.

Christian Angermayer, Believes That Valuations Of The ‘Really Good’ Biotech Companies ‘Have Nothing To Do Anymore With Reality’

The psychedelic sector fell this past week, as reflected by the Horizon Psychedelic Stock Index (PSYK) ETF ↓2.24%, but the fall was inline with peer biopharma performance. The Nasdaq Junior Biotechnology Index ↓3.34% and Nasdaq Biotechnology Ishares ETF ↓0.37%both dropped in fairly uneventful week ending in triple-witching options expiration. The NASDAQ 100 ↓1.17%and S&P 500 ↓0.73% both declined marginally.

Algernon Pharmaceuticals announced that it has commenced screening subjects for its Phase 1 clinical study of an intravenous formulation of AP-188 (DMT) in the Netherlands.

Awakn Life Sciences has closed a second and final tranche of its previously announced non-brokered private placement through the issuance of an additional 3,395,812 units at a price of $0.55 per Unit for additional gross proceeds of $1,867,697.

Ayahuasca: A comprehensive new study found that more than half said they had negative mental health effects while on ayahuasca such as hearing or seeing things that other couldn’t. One in five said they suffered disturbing thoughts or nightmares, hallucinations or felt disconnected.

Clearmind Medicine announced the closing of its underwritten public offering of 1,153,847 common shares at a price to the public of US$6.50 per share (CAD$8.65), for aggregate gross proceeds of US$7.5 million.

Filament Health announced an agreement with the Centre for Addiction and Mental Health (CAMH), Canada’s largest mental health teaching hospital and one of the world’s leading research centres in the field.

Freedom Biosciences announced the appointment of David Hough, MD, as Chief Medical Officer. In this role, Dr. Hough will oversee Freedom Biosciences’ clinical development programs as the company advances its pipeline of novel therapeutics for patients with mental health and addiction disorders.

Midtown clinic becomes first in New York to use ketamine to treat alcoholism.

Naropa University announced that Joseph Harrison, MS, has been appointed to the position of Executive Director of the Naropa Center for Psychedelic Studies. Harrison comes to Naropa with over twenty years of experience working at the Behavioral Pharmacology Research Unit at Johns Hopkins University.

Numinus Wellness will release its financial results for the quarter and year ended August 31, 2022 , after market close on Tuesday, November 29, 2022.

PharmAla Biotech Holdings and Mindset Pharma have entered into an exclusive sales agreement. Under the sales agreement, PharmAla will be the exclusive global reseller of Mindset’s cGMP psilocybin to appropriately licensed clinical researchers.

Santa Barbara’s psychedelic surge is riding a wave of medical promise of hallucinogens, now out in the mainstream.

Silo Wellness announced that the Jackson County Planning Commission recommended to the elected commissioners the adoption of an amended land use ordinance that would allow Oregon psilocybin therapy service centers in a nature retreat setting in rural Jackson County.

Tactogen has opened a community crowdfunding round, which allows anyone to participate in investing in the future of MDMA-like compounds.

Two men have been arrested and charged following an investigation into a store selling magic mushrooms and other products, Toronto police say.

A wholly-owned subsidiary of the renowned Multidisciplinary Association for Psychedelic Studies, MAPS PBC was founded in 2014 as a non-profit organization with the goal of developing and commercializing prescription psychedelics following a public benefit focus.

The clinical trials program for MDMA-assisted therapy (MDMA-AT) for PTSD has been sponsored by MAPS since 2000 and administered by MAPS PBC since 2014.

Sen. Cory Booker (D-NJ) and Rand Paul (R-KY) filed a bill on Thursday that would require the Drug Enforcement Administration (DEA) to transfer breakthrough therapies like psilocybin and MDMA from Schedule I to II, while also removing research barriers for strictly controlled substances.

The Breakthrough Therapies Act was filed on the same day that bipartisan House lawmakers announced the formation of a congressional psychedelics caucus that’s meant to promote the development of novel treatments derived from currently controlled entheogenic substances.

The new Senate legislation proposes to make a series of amendments to the federal Controlled Substances Act (CSA), including by creating a procedure through which current Schedule I drugs that are deemed breakthrough therapies by the Food and Drug Administration (FDA) or qualify for a waiver under the federal Food, Drug, and Cosmetic Act could be transferred to a lower schedule that would make them easier to study and promote drug development.