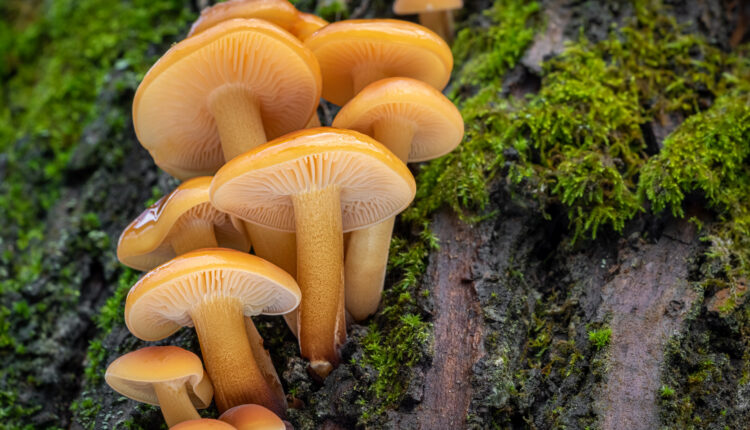 5. Forget marijuana. Mushrooms are on the ballot on November 3

Americans will next week decide whether or not to make fungus great again. Once just the stuff of vivid hippie dreams, psilocybin mushrooms have already has been decriminalized in four U.S. cities, as well as countries such as Canada and Portugal (while in Holland, they’re fully legal in “magic truffle” form). On November 3, Oregon and Washington, D.C., may join the mushroom movement.

The nation’s capital simply wants to decriminalize the drug. Oregon goes a step further: It proposes legalizing it for medical purposes and establishing an infrastructure for administering mushrooms in clinical settings by trained professionals.

Champignon Brands Inc (OTCQB: SHRMF) continues to work diligently with the British Columbia Securities Commission to address the ongoing continuous disclosure review and to coordinate the revocation of the existing cease trade order. The Company will provide guidance on definitive timing for revocation as soon as possible.

The Company has submitted all requested documentation to the Commission in connection with the review of financial statements of AltMed Capital Corp. for the period ended June 30, 2020, and subject to review by the Commission expects to move forward with the finalization and public filing of these statements in short order.

Champignon Brands’ Canadian listing has been halted via Cease Trade Order since June 21, 2020.

Pharmather Inc. (CSE: PHRM) announced it has filed an application with the U.S. Food and Drug Administration to receive Orphan Drug Designation for ketamine in the treatment of Postherpetic neuralgia (PHN), a chronic neuropathic pain syndrome resulting from an outbreak of the herpes zoster virus, also known as shingles. According to Persistence Market Research, the global PHN market is expected to be valued at USD $908.4 million by 2026.

The Orphan Drug Act grants special status to a drug or biological product to treat a rare disease or condition upon request of a sponsor. This status is referred to as orphan designation. The FDA grants ODD status to products that treat rare diseases, providing incentives to sponsors developing drugs or biologics.

N-acetyl-cysteine (NAC) has the potential to disrupt the deleterious chain of events following mild traumatic brain injury (mTBI). In soldiers exposed to explosive blast injury the probability of symptom resolution at 7 days increased from 41.9 to 86.2% when receiving NAC treatment within 24 hours post-blast.

Neuronasal’s intranasal approach enables direct nose-to-brain delivery, allowing for significantly lower doses and outpatient treatment. Given its apparent efficacy in disrupting the underlying neurochemical cascade, intranasal NAC has the potential to induce a fundamental shift in the natural course of the condition for hundreds of thousands of people.

Revive reported on October 26 that:

The recent publication of the potential of N-acetyl-cysteine in the treatment of COVID-19 serves as further validation for Bucillamine. NAC has been shown to significantly attenuate clinical symptoms in respiratory viral infections in animals and humans, primarily via donation of thiols to increase antioxidant activity of cellular glutathione.

Although administered intra-nasally, ATAI will be attempting to prove the therapy can attenuate brain inflammation caused by the formation of reactive oxygen species (ROS) and the release of excessive amounts of glutamate. Neuronasal’s proprietary treatment induces delivery of low doses of NAC to prevent oxidative damage to cellular components. In other words, the study will use anti-oxidants to prevent the damaging effects of oxidation to a vital bodily organ.

Tough week for the largest psychedelic stocks as profound market weakness stifled any potential momentum generated from Oregon Measure 109. Many fell by double-digits as investors pressed on the bid and never truly relented. In a risk-off environment, highly speculative psychedelic stocks were not the place to seek shelter.

Although there was little to be positive about, Numiness Wellness did manage to keep its head above water despite a quite news cycle. The company enjoyed residual momentum stemming from its October 22 press release that it completed harvest of the first flush of psilocybin mushrooms in Canada by a public company. Although investors naturally elected to take profits in this rocky broad market environment, finishing flat on the week feels like a win for investors.

Mind Medicine was the biggest loser among the Top 6 market cap stocks, although closing near the bought deal price of $1.05/share was always the most likely scenario.

On Friday, MindMed announced that it has closed its previously announced bought deal offering, including the exercise in full of the underwriter’s over-allotment option. Total gross proceeds raised put $28,750,575 (excluding underwriter fees) in company coffers.

And finally, Compass Pathways Plc ominously skimmed below important price support in the latter part of the week. While it did close the week below the $32.75-33.35 area, a pick-up in technical selling causing wider damage never materialized. The price action was more buyer’s strike and less stampede.

Technically, anything is still possible but we continue to stay sidelined on the stock until valuation approaches a more palatable level.

As Psychedelic Invest noted, Compass Pathways has a bigger market capitalization than all psychedelic-focused publicly traded companies combined. For a company with only one phased trial and results not due until Q4 2021, we’re angling for a better price point ourselves.