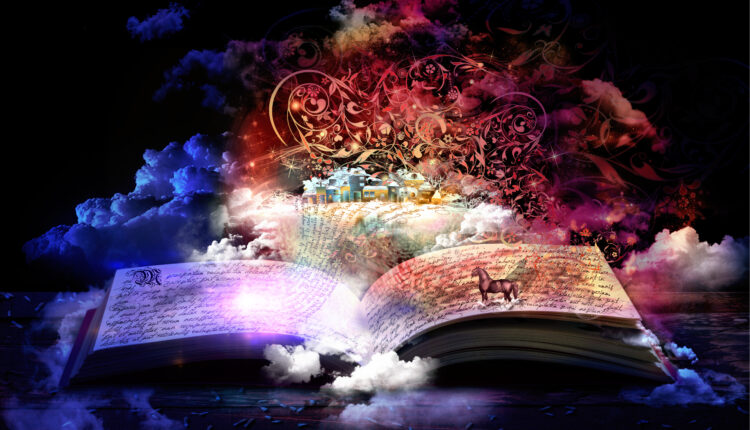 Top 8 Books About Psychedelics: The Best Reads To Expand Your Mind

For those of us that don’t understand the intricate details of clinical trials, academic papers, and case studies, books about psychedelic drugs and the varying experiences they manifest can provide a solid education.

Resources range from entirely scientific in nature to the wild and woo-woo, and with so many choices, it can be tough to decide where to start, especially if you are new to the material.

As such, the following list has been compiled with a range of readers in mind and spans a few different subjects within the genre of psychedelic literature. If you’re building a psychedelic library, start with these books.

The Doors of Perception & Heaven and Hell by Aldous Huxley

The classic pair of essays in which Aldous Huxley details his firsthand account with mescaline was first published in 1956 and is considered by many to be the 20th century’s introduction to the psychedelic experience. More than just an account of his trip, Huxley explores the limits of the mind and the effects that mescaline and the psychedelic experience have on the ability to perceive oneself as part of a greater whole. Given its early publication it lacks academic research, but provides context around the use of psychedelics before they were studied more seriously. While The Doors of Perception is an easier read, the more philosophical Heaven and Hell intends to answer the question of what one finds when the doors are swung open.

The vivid world described in Huxley’s essays is realized and magnified in this 1968 novel by Tom Wolfe. The Electric Kool-Aid Acid Test tells the real-life story of prolific American writer Ken Kesey (the author of One Flew Over the Cuckoo’s Nest) and his band of Merry Pranksters, who in the 1960s toured the country in a brightly painted bus—aptly named Further—and threw acid-fuelled parties at every stop along the way, introducing thousands of young people to LSD. Wolfe’s narration of the “Transcontinental Bus Tour” might drag on for a period too long from time to time, but it’s a book that provides an unflinching look at the early days of psychedelic counterculture, with just enough detail to make it feel like you’ve got a seat on the bus.

You might have already seen the documentary based on this book by Dr. Rick Strassman, a professor of psychiatry and the researcher who coined the term ‘the spirit molecule.’ In this 2000 publication about the powerful psychedelic, DMT, Strassman details the DEA-approved clinical research he conducted between 1990 and 1995, describing the effects of injected DMT on 60 volunteers. (Mystical and near-death experiences were common, and participants often encountered otherworldly beings like aliens and elves.) Strassman also hypothesizes that DMT is produced in the brain, specifically by the pineal gland, which he calls “the house of the soul.” While this book might leave you with more questions than answers, it explores the connections between the brain, mind, and spirit with just the right balance of science and woo-woo.

Food of the Gods by Terence McKenna

Terence Mckenna’s 1992 book, Food of the Gods: The Search for the Original Tree of Knowledge presents a concept you might have heard about via his brother Dennis, or the mycologist Paul Stamets, or maybe even on Joe Rogan’s podcast: the Stoned Ape Theory. (While it’s not strictly focused on psilocybin, it’s often the first book recommendation out any seasoned psychonaut’s mouth.) According to McKenna, the evolutionary growth of the human brain could be thanks in part to psilocybin mushrooms, which early humans consumed while crossing the African Savannah. The book presents this and other ideas about the relationship between humans and psychoactive plants and how they shape our cultures and affect our societies.

Mescaline: A Global History of the First Psychedelic by Mike Jay

The latest title on this list, Mike Jay’s 2019 book is an incredibly detailed overview of the cactus-derived psychedelic and its relationship with humans. A definitive history that dives deep into the Indigenous uses of the peyote cactus and the San Pedro cactus, Jay carefully unpacks the impact colonial forces and the western medical model have had on mescaline in its various forms. While mescaline is indeed a psychedelic, Jay’s book almost makes the case that it could be in a league of its own.

In this 2004 publication authored by a researcher, a writer, and a Bwiti initiator and traditional Gabonese healer, the spiritual and medicinal uses of iboga are discussed through its history and role in Bwiti ceremony and ritual use. The psychedelic compound ibogaine is naturally derived from iboga, the root of an African shrub found growing primarily in Gabon and Cameroon and used by followers of the Bwiti religion. While in North America iboga and ibogaine might be known for their anti-addictive properties, this book discusses other potential uses of the drug while weaving in the narrative of its role in Bwiti society.

PiHKAL, an acronym for “Phenethylamines I Have Known and Loved,” was written by Dr. Alexander Shulgin and his wife, Ann. Published in 1991, it’s less of a narrative and more of a psychedelic compound guide prefaced by the couple’s semi-fictionalized memoir (in the print edition, anyway—Shulgin made the second half available online for free). Shulgin, the American chemist credited with introducing MDMA to therapists in the late 1970s, includes detailed descriptions of more than 150 psychedelic compounds—several of which he was the first to synthesize and use—along with synthesis and dosing instructions.

No list of psychedelic books would be complete without this title, which, like PiKHAL, you can find for free on the internet. In fact, you’ve likely already read at least an excerpt of this book in some other piece of writing because it’s easily available and incredibly quotable. In LSD: My Problem Child, chemist Albert Hofmann meticulously recounts his discovery of LSD and the effects that discovery had on his life and the world at large. With supporting evidence from other scientists, generous personal testimony, and a healthy dose of self-criticism, Hofmann’s book is as thoughtful as it is practical in reflecting on creating a drug that changed a generation.

*Have books to add? Email us. We’re building a second list of more modern titles and other media.