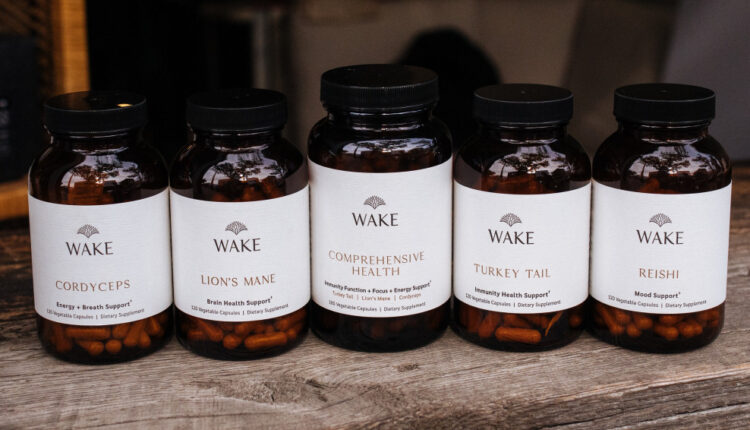 Interest in the medical benefits of psychedelic drugs has gained serious momentum over the last few years. As more researchers and companies invest money and scientific resources in studying psychedelics and psychedelic-assisted therapy, the movement for psychedelic medicine grows stronger. This week on May 12th, society came another step closer to the mainstream acceptance of psychedelics when psychedelics company Wake Network, Inc., announced that they have received approval to conduct a Phase 2b psilocybin microdosing trial.

Who Is Wake Network, Inc.?

Wake Network, Inc., also known as Wake, is a healthcare and bioscience company with an interest in psychedelics. The company is specifically interested in the health benefits of psilocybin, which is the active compound in what are commonly known as “magic mushrooms” or “shrooms.” Research on psilocybin suggests that psilocybin may be beneficial in treating individuals with different mental illnesses, such as depression, anxiety, PTSD, and addiction.

However, Wake is not only interested in magic mushrooms; the company uses a variety of fungi for their health products and sells several supplements containing mushrooms. The supplements range in purpose and offer energy-boosting properties, brain support, immunity support, or all three.

As of this week, Wake received approval from the conditional ethics board of the Ministry of Health and Wellness in Jamaica to conduct a Phase 2b psilocybin microdosing trial. This gives Wake the ability to begin their study, which is extremely significant considering there is no quality data on microdosing psilocybin as yet. Wake’s study will provide the industry and the scientific research community with longed-for insights on the effects of microdosing psilocybin for anxiety and depression.

Within the psychedelics industry, there are a number of companies researching psilocybin and its effects. However, Wake’s Phase 2b trial puts them a step ahead of the competition. Their study is the first psilocybin microdosing trial that will be conducted using a randomized, placebo-controlled, double-blind method. During the trial, Wake will gather the research and provide pharmaceutical regulators with the data they need to make decisions on the availability of microdosing psilocybin for mental illnesses.

The Takeaway for Psychedelics Investors

Wake’s success in gaining approval for a Phase 2b psilocybin microdosing trial is a win for the entire psychedelics industry. The company’s study will gather much needed research and evidence for the benefits of using psychedelic drugs for medicinal purposes. The research itself will put them ahead of their competition while also advancing the field and movement as a whole. If their research does so well as to gain new support for psychedelic-based medicines and treatments, it will increase the value of stocks for other psychedelics companies, such as Compass Pathways (CMPS) and MindMed (MNMD), which are both public companies traded on the NASDAQ.

For more information on the psychedelics industry and psychedelics stocks, be sure to check back in with the Dales Report!