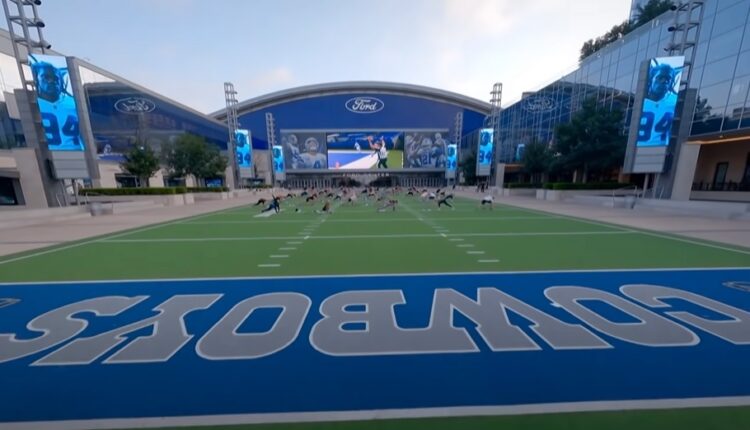 Maine lawmakers have narrowly advanced a bill that would legalize sports betting in the state. The proposal would permit tribes to operate mobile sports betting while also authorizing harness racing tracks, off-track betting facilities and the Oxford Casino to conduct retail operations.

The bill was passed by the Judiciary Committee on an 8-6 vote on Wednesday, reports Central Maine. It is part of targeted tribal sovereignty reforms negotiated between Gov. Mills’ administration and the state’s four tribes.

Leaders for Maine tribal nations -the Passamaquoddy Tribe, the Penobscot Nation, the Houlton Band of Maliseets, and the Aroostook Band of Micmacs- have all shown support for the sports betting proposal. However, they do not see it as a substitute for a comprehensive sovereignty bill, which was narrowly endorsed by the same committee, on Tuesday, but is being opposed by Mills.

he Kentucky House of Representatives passed a sports wagering bill on a 58-30 vote March 18, and the bill now heads to the Kentucky Senate. House Bill 606, introduced by Rep. Adam Koenig, an Erlanger Republican, would allow sports wagering at Kentucky tracks and via cellphones, while regulated by the Kentucky Horse Racing Commission. It is similar to past legislation filed by Koenig but that failed to pass in prior sessions.

The bill seeks to legalize most forms of sports gambling and regulate taxes on online gambling, including fantasy sports and online poker. Kentucky’s socially conservative legislature has long been reluctant to expand gambling in the state.

The latest round of Ohio sports betting rules were unanimously approved Wednesday by regulators, keeping the state on pace to launch by late 2022. The rules describe the terms of retail and online licenses and their cost, as well as which types of sporting events can be bet on. They now need three more rounds of Casino Control Commission review before they’re finalized.

When the legislature legalized sports betting in December 2021, it did so with a mandate that its market launch no later than January 1, 2023. But as we’ve seen with Maryland—which has yet to launch online over two and a half years after legalizing—states don’t always meet their deadlines.

The news is a sign Ohio’s post-bill process is moving smoothly and on time.

BetMGM hasn’t been formally approved by Ontario regulators for online sports betting or iGaming, but they too have said they expect to go live in the province, with plans to launch in conjunction with “opening day” April 4.

Boyd Group Services announced a cash dividend for the first quarter of 2022 of $0.144 per common share. The dividend will be payable on April 27, 2022 to common shareholders of record at the close of business on March 31, 2022.

Denmark’s regulated betting and gaming market recorded a 4% fall in revenue to DKK1.67bn (€224.4m) in the final quarter of 2021, as a decline in sports betting offset growth in iGaming and the continued recovery of the land-based gaming sector. The latest data from the Danish Gambling Authority shows that sports betting was the only segment to record a decline in gross gaming revenue during Q4, with sports GGR falling 18 per cent.

DraftKings price target lowered to $18 from $44 by UBS although a Neutral rating remains on the shares. The analyst has a “more subdued” profitability outlook into 2024, saying DraftKings guided to wider EBITDA losses in 2022 than 2021. Farley changed the company’s’ valuation approach with a focus more on profitability, acknowledging that investors are focused on it and profits have been delayed.

FansUnite Entertainment announced that the company’s American Affiliate division has been approved as a registered vendor by the Maryland Lottery and Gaming Control Commission to provide customer acquisition services for licensed sports wagering entities in Maryland.

Genius Sports price target lowered to $5 from $9 by UBS analyst Robin Farley, although a Neutral rating remains on the shares. The target drop coincides with one for DraftKings (DKNG) as the latter has been the umbrella multiple for valuation for the online sports betting space, Farley tells investors in a research note.

Hall of Fame Resort & Entertainment will partner with Genesis Global for its statewide mobile sportsbook in Ohio, HOFV confirmed in its earnings call Monday.

Kansas House of Representatives is to run the rule over a new bill that seeks to legalize online and retail sports betting in the US state, with operators entering into contracts with the state lottery.

NCAA men’s basketball tournament is expected to shatter records for sports betting. Only seven states had legal sports betting in 2019. There are now 30, including Indiana, but the pandemic canceled the 2020 tournament. Last year’s tournament, the first you could legally bet on in Indiana, ended up being played entirely in the Hoosier State.

New Jersey online and retail sportsbooks fared well in terms of handle, taking in nearly $1 billion in wagers for the past month: this marks nearly a 33% year-over-year gain in betting which, according to PlayNJ, is evidence of “the resilience of the New Jersey gaming industry.

PGA Tour and betPARX will partner for a mobile sportsbook license in Ohio. The two groups latest partnership between a pro sports organization and a sports betting operator. Legal betting is expected to begin sometime in the year’s second half.

Tennessee was the latest state to report a decrease in sports betting volume in February. Its $313.3 million in total wagers represented an 18.8% decrease from the state’s all-time record $386.1 million handle in January.

West Virginia: A bill introduced last month meant to expand the state’s legal sports betting market is House Bill 4826 and features a handful of sponsors. HB 4826 provides a definition for esports, defining it as an “electronic sport or competitive video game played as a game of skill for spectators.”

It took two meetings of the same committee on the same day to get to a vote, but late Tuesday the Minnesota House State Government Finance and Mobile Committee voted 7-5 to advance an amended sports betting bill that could ultimately allow for statewide mobile wagering.

The bill, HF 778, will get at least one more amendment as it continues on its way to the House floor. Bill sponsor Rep. Zack Stephenson said it was too late to introduce an amendment that would raise the legal betting age from 18 to 21, but he promised the committee it would come at the next stop, which is in the House Judiciary Committee. That hearing has not yet been scheduled.

As in a previous committee hearing, there was much discussion around legalizing sports betting, in large part from anti-gambling groups and those representing charitable gaming organizations and horse racetracks, neither of which would be permitted to have sports betting should the bill pass. But Senate File 574 , which closely resembles Stephenson’s bill, would allow for horse tracks to offer wagering. Introduced in February, the bill was referred to the State Government Finance and Policy and Elections, but has not yet had a hearing.

1. Forty-Five Million Americans To Wager $3.1B On March Madness

More than 17 percent of American adults plan to wager $3.1 billion on this year’s NCAA Men’s Division I Basketball Tournament, according to a new survey from the American Gaming Association (AGA).

This year, Americans plan to place a greater share of their bets through non-bracket channels. Of their total betting budget on this year’s tournament, Americans expect to place 76 percent of their wagers outside of brackets, up from 55 percent last year.