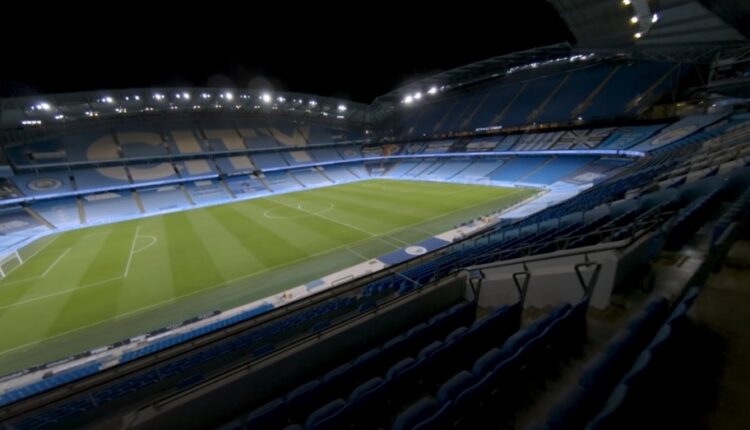 Better Collective has acquired the assets of Canada Sports Betting for a purchase price of €21.4m ($23.5m). The company believes this acquisition will build a stronger entry into the Canadian market and, as a result, Better Collective has updated its financial targets for the year.

This acquisition gives us a strong foothold in a Canadian market, which is developing in a very promising direction. With these new websites and with support from our established North American business, I believe we can develop these assets to become flagship brands within sports betting in Canada.

The agreement comes just prior to the province of Ontario launching online sports betting on 4 April 2022 and, in addition to other provinces in Canada, Better Collective expects a generation of revenues in excess of €5m during 2022.

Following this date, it is expected that a number of other provinces throughout Canada will take steps to regulate online sports betting in the near future.

Minnesota Rep. Zack Stephenson’s virtual road show continued Thursday, as be brought his amended sports betting bill, HF 778, before the House Judiciary, Finance, and Civil Law Committee — only to find himself in a sparring match with one committee member. The bill, which would allow for statewide mobile wagering with platforms tied to tribal casinos, ultimately passed out of committee by a 9-6 vote, and now moves on to the Taxes Committee.

In most states, bills move through one or two committees before reaching a chamber floor. But in Minnesota. it appears that nearly every committee chair on the House side wants to weigh in, forcing Stephenson and multiple witnesses to appear over and over again, sharing the same message with different committees. Previously, the bill passed out of the Commerce, Finance, and Public Policy and State Government Finance and Mobile committees.

Plans were revealed Tuesday by the Kansas House of Representatives to legalize sports wagering in the state through online platforms and bets placed at casinos, convenience stores and racetracks. House Bill 2740 has widespread support from gaming interests that have been disputing its control for years.

The bill authorizes sports gambling by allowing the Kansas Lottery to contract with gaming facility managers. Those managers could offer wagering through websites, interactive mobile applications and on site.

The state would get a 20% revenue through online gambling and 14% from in-person bets. As reported by the Kansas Reflector, Whitney Damron, a lobbyist for Hollywood Casino at the Kansas Speedway in Kansas City, said revenue estimates suggest the state could receive $50 million in annual revenue.

Why Esports Are Officially On The Betting Radar | Guaranteed Money

Atlantic City: Bill S854 would send 1.25% of sports gaming dollars generated by resort casinos to the city for property tax relief, rather than to the Casino Reinvestment Development Authority to market and promote the city.

Connecticut gross gaming revenue from online casino in Connecticut came to $17.2m, down 8.5% from January, while sports betting revenue hit its lowest total for a full month since launching.

DraftKings and CQ Holding Company, Inc. announced Wednesday that, together, they will unveil a new 6,000-square-foot “state-of-the-art” permanent retail sportsbook on Tuesday at the DraftKings at Casino Queen site in East St. Louis, Illinois.

Gambling.com Group announced its operating and financial results for the year and the fourth quarter ended December 31, 2021.

Kambi Group has earned approval from Ontario regulators, the company announced in a statement today, enabling the company to go live with its partners when legal commercial online gaming launches April 4.

New Hampshire’s sports betting revenue fell sharply in February after setting records in January. The state’s plummet in gross gaming revenue (GGR) for the month followed a trend around the nation.

Ohio is currently in the process of legalizing online and retail sports gambling. The bills have already been signed by Governor Mike DeWine, and all that is left is to establish the regulatory framework before the January 2023 deadline.

The Canadian arm of PointsBet, the CFL’s Ottawa REDBLACKS, and TD Place (the team’s home venue) announced a new partnership on Thursday. Under the terms of the deal, PointsBet Canada will become the official sportsbook of the REDBLACKS, which will wear jerseys this coming season with the company’s logo on them.

Rivalry Corp. announced that it has added mobile esports to its sportsbook. Customers can now wager on competitive esports played on mobile devices, considered to be one of the fastest-growing segments of the industry.

The Missouri House easily passed two sports betting bills, 115-33, in what was mostly a perfunctory final vote before sending the issue to the Senate for consideration. House members debated and amended the legislation Wednesday before passing it on second reading, making Thursday’s vote more of a rubber stamp.

The bills would allow for statewide mobile wagering and retail wagering at existing casinos. Both casinos and professional sports teams would be allowed to have mobile platforms, though sports teams would not be able to have brick-and-mortar sportsbooks on premises in stadiums or arenas. The meat of the bill was crafted by a coalition of casinos and professional sports teams, and then brought to lawmakers.

PNG and Caesars each own three retail casinos in Missouri. Should wagering become legal, PNG will offer digital wagering through its Barstool Sportsbook platform. Morris was a key figure in bringing the casinos and teams together ahead of the legislative session.

New York’s highest court ruled Tuesday that fantasy sports contests like those run by FanDuel and DraftKings are allowed under the state constitution, turning back a challenge to the popular games. The lawsuit was bought several years ago and did not target mobile sports betting, which began in New York earlier this year.

The state Court of Appeals reversed an appeals court’s decision last year that found interactive fantasy sports violated the state constitution’s ban on gambling. The games allow players to assemble a roster of athletes in a sport, using individuals performance statistics to determine the winner. They annually bring in hundreds of millions in entrance fees statewide.

In a 4-3 ruling, New York’s top court clarified the scope of that the state’s constitutional prohibition on gambling. Chief Judge Janet DiFiore wrote that the gambling prohibition doesn’t include skill-based competitions in which players who win a prize exercise “substantial influence” over the contest’s outcome.