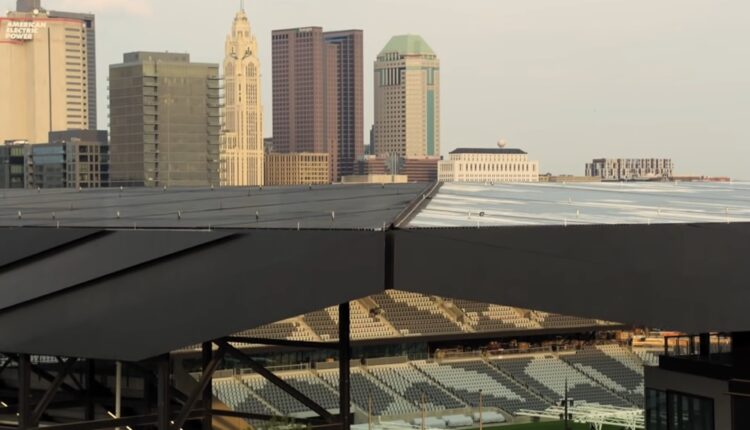 Minnesota sports betting bill House File 778 was passed by the Tax Committee on Wednesday, continuing the bill’s long journey toward legalization. The bill passed with a 13-5 vote. In addition to the Tax Committee, HF 778 was also approved by the House Judiciary, Finance and Civil Law Committee and the Commerce, Finance and Public Policy and State Government Finance Committees. The bill now heads to the Ways and Means Committee.

“We should be clear from the outset that sports betting is already happening here in Minnesota,” bill sponsor Rep. Zack Stephenson said during the hearing. “We have a very robust black market, estimates in excess of $2 billion … What this bill is about is creating a legal marketplace that will displace the black market and in doing so will provide consumer protecting, ensure the integrity of the game and limit money laundering and other illegal activates.”

Sports wagering is one step closer to becoming legal in Kansas after the House passed a bill Wednesday legalizing sports betting in both online and in-person locations.

Earlier this week, the bill hit a snag in the House Federal and State Affairs committee, when the committee did not take action to pass it because of amendment disputes. But House leadership pulled the bill from the committee and placed it on the calendar for debate on Wednesday.

The House voted to replace Senate Bill 84 with the contents of House Bill 2740, after Rep. John Barker, R-Abilene, proposed an amendment to do so. The bill passed the House in an 88 to 36 vote.

3. Legal Betting In Ontario Expands This Weekend. Here’s What You Need To Know

The only place where a legal wager on a sporting event can be placed in Ontario is through the Ontario Lottery and Gaming Corporation (OLG) and ProLine-Plus. But that will change as soon as the clock strikes midnight Sunday, when several of 15 approved sportsbooks are expected to take bets on Monday’s March Madness championship game, the Maple Leafs’ game in Tampa, Fla., that evening, the Masters the following weekend, and many more events.

Arizona Coyotes want a new state law that legalizes sports betting changed to allow them to keep running their mobile sports gambling operation when they move from Glendale to Arizona State University’s hockey arena next season.

Betsson has launched its mobile sportsbook product in the state of Colorado, its first in the U.S. The Betsafe app launched on Monday, through a partnership with Dostal Alley Casino in Central City.

DraftKings at Casino Queen has officially opened its new 6,000-square-foot sports betting lounge on Tuesday, thus marking the first piece of its $9 million renovation to open for business.

FanDuel will pull its daily fantasy sports product out of Ontario on Friday because of regulatory issues, company spokesperson Kevin Hennessy confirmed Tuesday. That comes as FanDuel prepares to launch its sportsbook for ON sports betting next week.

FansUnite Entertainment provided an operational update on its wholly owned subsidiary, American Affiliate’s success during the 2022 NCAA Division I Men’s Basketball Tournament, one of the largest sporting events in the United States.

Federal authorities on Thursday released details of an illegal sports betting ring that was run in part by a former minor league baseball player and involved current and former professional athletes and a sports broadcaster.

Georgia voters could decide on the future of this industry in November. A constitutional amendment that would legalize betting on professional and collegiate sports has advanced in the House.

Kansas: Sports wagering is one step closer to becoming legal after the House passed a bill Wednesday legalizing sports betting in both online and in-person locations.

Kentucky Senate gave House Bill 606 a second reading during a flurry of activity Wednesday, the final day lawmakers could pass bills before the veto period for Gov. Andy Beshear begins. Lawmakers in the Republican-controlled legislature then return for two more days on April 13-14, but any bills passed during that time period mean they cannot override any vetoes from the governor.

Kindred Group, a publicly traded company with the symbols of KIND-SDB and KNDGF, has taken an important step toward starting operations in Canada with the launch of its Unibet services in Ontario.  The company’s expansion to Ontario is an important progression in its quest to capture additional market share in North America.

Lucra Sports, a peer-to-peer betting platform, raised US$10 million in a Series A funding round, paving the way for it to expand its vision of fans betting with each other rather than traditional bookmakers.

National Research Group reports after the Elite Eight that more Americans have wagered on this year’s tournament than in any previous year. Aside from the Super Bowl, March Madness stands out as the most prominent sports betting event of the calendar year, and this year was no different.

Rush Street Interactive also announced the appointment of Bruce Caughill as Managing Director, Canada. Mr. Caughill joined RSI on March 28, 2022, prior to RSI’s planned launch of its award-winning BetRivers online casino and sportsbook in Ontario on April 4, 2022, the first day of authorized online gaming in the province

The transaction is expected to close by the first quarter of 2023, subject to customary closing conditions and the receipt of all required regulatory approvals. The transaction will be financed with a combination of cash on hand and the Company’s existing credit agreement.

Missouri sports betting could soon become endorsed by state law, as a bill to do just that is headed to the state Senate for approval, after passing through the Missouri House lawmakers approved the legislation.

Missouri sports betting fans have been left in the dark since the wave of legalization has swept the United States. In 2018, the Supreme Court ruled that the 1992 federal ban on sports betting in most states was a constitutional violation. After the ruling, several states including New Jersey and Rhode Island immediately prepared to legalize sports betting. Since then, over 25 states in the U.S. have signed on to allow some form of legalized sports betting. The state of Missouri remains one of just a handful of U.S. states that doesn’t allow sports betting of any kind, including horse racing.

The bill that is currently being sent for Missouri State Senate approval, could see both legal sportsbooks and racebooks approved for operation by the end of the year. Mobile betting and online sports betting options in Missouri are also being considered in the bill.