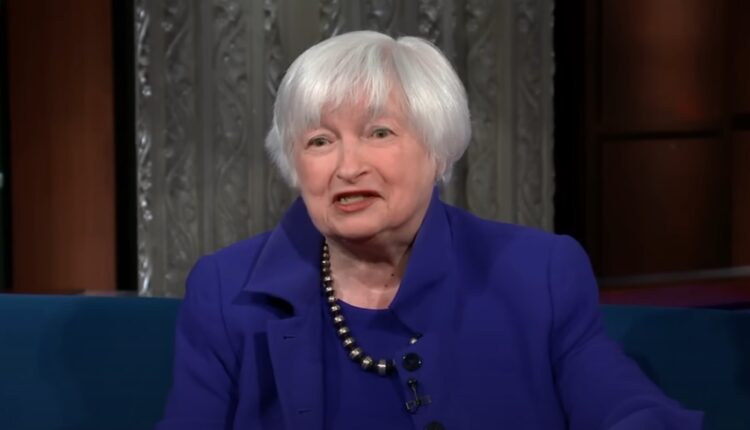 As the U.S. approached its debt ceiling, the self-imposed limit of the amount of money the country can borrow, Congress remained unable to come to a compromise to keep the government wheels turning. A proposed solution reemerged throughout different economic and political circles: the big, fat, $1 trillion-dollar coin—also known as the ‘Big Coin’.

Here’s an analogy to describe the debt ceiling — it’s as if the U.S. has a collective credit card and we are about to hit our spending limit. But Congress could agree to increase the spending limit and the card continues to be swiped.

Unfortunately, Congress is very polarized and had not been able to come up with a bipartisan solution, so the credit card is about to be maxed out without an immediate fix at hand.

The idea is the Biden administration could mint a platinum coin worth $1 trillion through the U.S. mint and then essentially trade that coin in for $1 trillion in cash to keep spending today.

U.S. Department of Treasury Secretary Janet Yellen shot down the idea of the trillion-dollar coin in an interview with The Washington Post. She said it wasn’t a given the Federal Reserve would even accept the coin as legitimate, which could kick off a whole slew of legal battles.

In a tweet shared by Washington Post’s Jeff Stein, Rohan Grey, an assistant Law professor at Willamette College and a proponent of the coin idea, said Biden should ignore the Supreme Court should it come to that, and send a military presence to the Fed to force it to accept the coin. Grey added there was historical precedence with presidents such as Abraham Lincoln and Franklin D. Roosevelt also taking extreme measures to help try and stabilize economic conditions.

Politics At Play: The easier solution to the debt ceiling would be for Congress to agree on some sort of spending bill that would raise the debt ceiling, as it had done consistently throughout the past two decades.

In fact, the government had raised the debt ceiling 78 times since 1960 according to the Department of Treasury. But, with a polarized Congress and a Democrat in the White House, Republican representatives had fought against the idea of the U.S. raising its debt ceiling again.

These deficit hawks argued that increasing the country’s debt will lead to more inflation and thus more problems for Americans. This was the Republicans’ playbook under the Obama administration. However, the U.S. increased its deficit each year under the Trump administration and was able to do so both without a significant increase in inflation or pushback from Republican representatives about a debt crisis.

It’s unclear if the Senate will be able to come up with a solution this week. If not, proponents of the “Big Coin” will keep pushing for its creation.

If you are wondering why the $1 trillion coin is being called “The Big Coin,” look no further than social media, in fact, New Republic reporter Kate Arnoff tweeted, “Mint the big coin.”