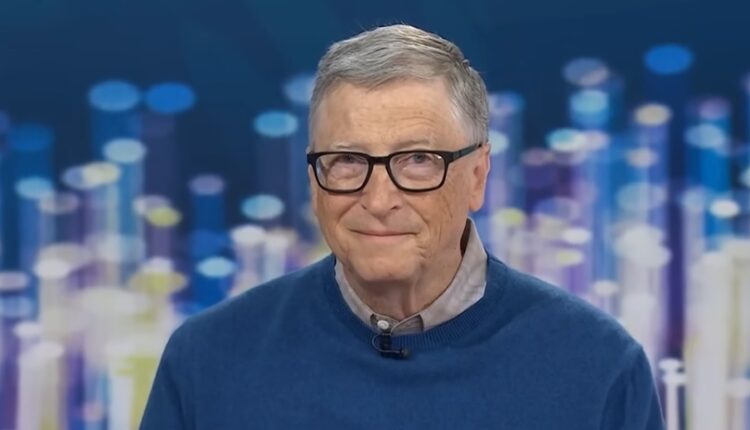 Bill Gates Asked Why He’s Buying So Much U.S. Farmland In ‘Ask Me Anything’ Forum

Microsoft founder and billionaire turned philanthropist Bill Gates laid to rest the long-time conspiracy theory that he owns some 80% of all U.S. farmland earlier this week in his 11th appearance in an ‘Ask Me Anything’ (AMA) session on Reddit.

Gates, answering dozens of questions over the course of a few hours during the AMA, including: “Why are you buying up so much farmland, do you think this is a problem with billionaire wealth and how much you can disproportionally [sic] acquire?”

In response, he said, “I own less than 1/4000 of the farmland in the US. I have invested in these farms to make them more productive and create more jobs. There isn’t some grand scheme involved – in fact all these decisions are made by a professional investment team.”

Conspiracy theorists claimed last year that the Microsoft founder was buying up farmland in the U.S. in order to starve Americans for an unknown reason, Snopes said, after researchers said in April that the world was facing a potential food shortage as a result of Russia’s invasion of Ukraine.

According to a 2022 report from the U.S. Department of Agriculture and the National Agriculture Statistics Service, there are 895,300,000 acres of farmland in the U.S.

Gates owns roughly 242,000 acres, amounting to about 0.03% of the total. To put it into perspective, if all of Gates’ land was in one place, it would cover about 25% of Rhode Island.

1. He hinted that he may be working on Open AI’s large language chatbot ChatGPT in collaboration with Microsoft if the reported $10 billion investment in the start-up goes through.

Gates admitted that he’s still involved with the company’s research and product plans, and said he’s watching the developments in ChatGPT “very closely.”

2. A user asked, “How do we get corporations and the ultra wealthy to pay better wages, pay their taxes. More rather, what steps do we take to create an economy that’s beneficial for the masses, not a select few?”

Gates said, “I am surprised taxes have not been increased more. For example capital gains rates could be the same as ordinary income rates. I know things are tough for a lot of people.”

3. Can there be ethical billionaires?

Gates responded, “Being rich can easily make you out of touch. The incentive to create new companies is still a good thing I think. Even if taxes go up I still wouldn’t ban anyone from being worth a billion but that is just one opinion. I have been very lucky.”

4. The billionaire was asked if there is a revolutionary shift currently happening in technology similar to the internet’s impact on the world.

“AI is the big one,” Gates said. “I don’t think Web3 was that big or that metaverse stuff alone was revolutionary but AI is quite revolutionary.”

5. Why are you so focused on healthcare & vaccines?

Gates said, “When I saw that kids were dying who could be saved for less than $1000 per life I knew that had to be the top priority for my giving back. There was almost no one funding work on diseases like malaria which was killing over a million kids a year then. We have made progress but it is still 400k and we are committed to get it to zero eventually.”

6. With the benefit of hindsight regarding your years of involvement with Microsoft, what is the single biggest thing you wish you had done differently?

“I was CEO until 2000,” Bill Gates responded. “I certainly know a lot now that I didn’t back then. Two areas I would change would be our work in phone Operating systems (Android won) and trying to settle the antitrust lawsuit sooner.”

7. What are some of your new generation ideas for adopting better and safer climate change?

“The key on climate is making the clean products as cheap as the dirty products in every area of emission – planes, concrete, meat etc…” Gates said. “This is the only way we can ask all the countries in the world to change. If it costs a lot extra we won’t succeed.”

8. What’s the biggest way an individual can contribute to the climate solution?

“You are a voter, a consumer, a giver and a worker,” he said. “In every one of those roles you can help. Buying an electric car helps. There will be options to pay a bit extra to offset your travel emissions coming soon.”

9. What are you excited about in the year ahead?

“First being a grandfather,” Bill Gates said. He recently announced he’s going to have his first grandchild soon. “Second being a good friend and father. Third progress in health and climate innovation. Fourth helping to shape the AI advances in a positive way.”