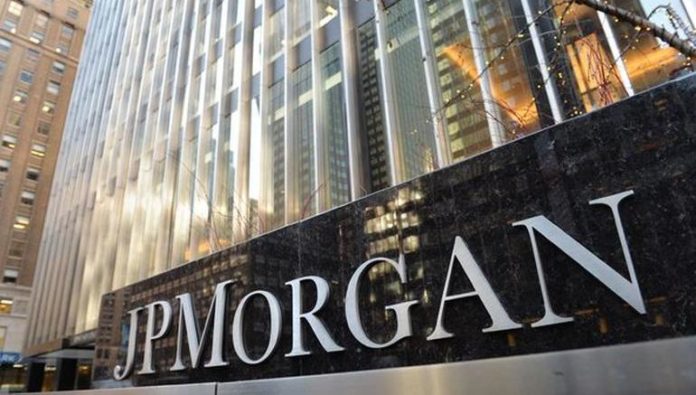 JP Morgan Restricts Trades in Some US Pot Stocks

After months of speculation among the retail investing and trading community, J.P. Morgan finally announced their clients will no longer be able to buy shares in or short U.S. pot stocks beginning November 8. The bank is only allowing its clients to liquidate its positions.

Varieties of the letter, one version of which was published in a newsletter by CB1 Capital’s Todd Harrison, as well as Reuters, have been circulated across the internet. That version was sent to Prime Brokerage clients. Another version in full text by Business Insider reads:

“On the basis of current laws in applicable jurisdictions, J.P. Morgan has recently adopted new policies around marihuana-related businesses. Effective November 8th, 2021, the firm will prohibit new deposits, purchases (open market and private offerings), and short sales of US-based cannabis companies except for those listed on the NYSE/NASDAQ/TSX. Only liquidating trades of existing positions previously purchased on the open market will be permitted. It is important to note that J.P. Morgan will open additional securities accounts (and linked restricted cash accounts) to segregate these securities from other client assets. On November 8, 2021, any remaining holdings of such securities will be migrated to these accounts by J.P. Morgan. Additionally, J.P. Morgan will not support voluntary corporate action events for these securities that remain in its custody. Mandatory events or default options for asset servicing will be supported, but any resultant cash proceeds will be restricted.”

J.P. Morgan now belongs to a growing list of banks that will not support cannabis trades. Credit Suisse informed its clients that it will no longer serve as custodian for U.S. pot stocks in May. Pershing, which is BNY Mellon’s custodial wing, restricted client trading on U.S. cannabis stocks in 2019.

Trades concerning companies listed on NYSE/NASDAQ/TSX are still a go, seeing as most of those entities are domiciled in Canada. This affects pot stocks on secondary exchanges only.

“While the optics are terrible, we don’t believe this move was predicated on new laws / regulations as much as internal compliance,” Harrison wrote in his newsletter. “The dedicated funds have other solutions in place and new money has viable alternatives. However, this might help to explain the recent price action / volume / prints, as this was evidently “out there” for weeks.”

“Industry veterans will remember a similar situation two yrs ago when Pershing pulled the plug on US cannabis custody and clearing, triggering an industry-wide PTSD, or Pershing Traumatic Stress Disorder,” Harrison continued, referring to Pershing’s 2019 decision.

The general reaction from retail investors was poor, seeing as the news around federal legalization and easing banking regulations has lately been nonexistent at best, or with a longer-term outlook than many expected at worst. Stocks have been performing poorly, despite several boasting strong fundamentals, and largely, the cannabis sector is weathering a multi-year bear market as the news concerning SAFE banking remains stalled with little indication as to when things will actually start moving. Add to that a sudden banking yank like this, even though many people will not be affected, and it’s easy to see why retail investors are further spooked.

For his part, Harrison remains bullish on the sector, continuing to say it’s a good buying opportunity and that he continues to do so. “We’re super-bullish on U.S cannabis  / have built businesses that are predicated on the success of this economic-driver and jobs-engine; and given where one stands is a function of where one sits, none of this should be a surprise,” Harrison wrote.

“So when we share that we’re buying U.S cannabis because it’s trading at ridiculously cheap multiples entirely predicated on continued state-level adoption—and that we view anything at the Federal level as an upside call option to our thesis—we do so in good faith bc we believe it to be true,” he continued.

“JPMorgan’s decision to restrict the trading of U.S. cannabis securities illustrates how financial institutions and lawmakers are still operating under misguided and dated perceptions of the cannabis industry,” said Kim Rivers, CEO of Truileve in a statement provided to The Dales Report.

“Cannabis is currently one of the most regulated sectors in the U.S., and Trulieve believes JPMorgan’s position does not fully consider the economic potential of this rapidly maturing industry. We view this latest challenge as an opportunity to engage with more members of the financial community, and call on Congress to finally pass the SAFE Banking Act. This bipartisan bill will not only make it easier for regulators to work with legal businesses, but also bridge the existing chasm between banking institutions and cannabis industry stakeholders,” Rivers continued.