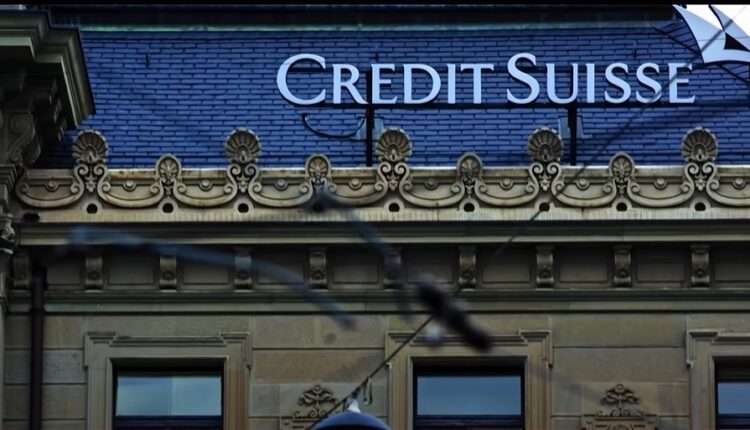 $36 Trillion and counting: Global stocks and bonds have lost a record $36 trillion in value over the past nine months in a wild selloff that engulfed assets right across the risk spectrum.

ABC Australia is reporting that a major investment bank is on the brink, citing ‘a credible source’. Rumors are circulating that the bank in question is Credit Suisse, where its credit default swaps are at distressed levels.

China: New home prices fell for the third straight month in September as a mortgage boycott across the country and a slowing economy discouraged potential home buyers, a private survey showed on Saturday.

Disney disclosed that Carolyn Everson, who previously served as an executive for delivery company Instacart as well as Facebook, will join the board as of November 21.

Hurricane Ian has likely caused “well over $100 billion” in damage, including $63 billion in privately insured losses, according to the disaster modeling firm Karen Clark & Co. If those numbers are borne out, that would make Ian at least the fourth costliest hurricane in America’s history.

Hurricane Orlene barreled toward Mexico’s southwestern coast as a dangerous Category 3 storm and is expected to dump torrential rains even as it is forecast to weaken in the coming days, the National Hurricane Center said on Sunday.

India became the last major Asian economy to kick off a 5G network, marking a new wave of spending by indebted carriers on high-speed wireless technology that’s touted to revolutionize everything from gaming to manufacturing and health care.

Intel Corp. self-driving unit Mobileye on Friday unveiled its filing for a U.S. initial public offering, testing support for a high profile stock debut even as the market for new issues has virtually collapsed.

Jingye Group, the owner of British Steel, is seeking a urgent package of financial support from the UK government, Sky News reported, citing people familiar with the matter.

OPEC+ is meeting this week to decide on production. The group of oil producers will reportedly consider cutting output by more than 1 million barrels a day, delegates tell Bloomberg.

S&P 500: Are we there yet? No bear market in history has bottomed out without VIX reaching at least 45 first. The current reading is 31.62, according to the CBOE.

Solana blockchain is back up and running after a glitch caused an outage for several hours, the latest in a series of shutdowns of the crypto network in less than a year.

Tesla CEO Elon Musk showed off a prototype of its humanoid robot ‘Optimus’, predicting the electric vehicle maker would be able to produce millions and sell them for under $20,000 – less than a third of the price of a Model Y.

TikTok is due to enter a partnership with Los Angeles-based TalkShopLive to launch its live shopping platform in North America by outsourcing its operation, the Financial Times reported on Saturday citing two people familiar with the operations.

Ukraine claimed full control of the eastern logistics hub of Lyman, Kyiv’s most significant battlefield gain in weeks, providing a potential staging post for further attacks to the east while heaping further pressure on the Kremlin.

UK regulators overseeing the pensions sector are holding daily meetings with asset managers to avoid another crisis in the bond market once the Bank of England’s emergency intervention ends, the Financial Times reported.

“A point of concern for many stakeholders, including speculation by the media, continues to be our capitalisation and financial strength… Our position in this respect is clear. Credit Suisse has a strong capital and liquidity position and balance sheet. Share price developments do not change this fact.” — Credit Suisse comments surrounding swirling rumors that it is in financial trouble

“The October effect is basically this idea that the market tends to have a bad month routinely in October. When you actually go back and look at the data, you find that there’s really not much evidence to support (it).” — EJ Antoni, research fellow with The Heritage Foundation’s Center for Data Analysis, commenting on the ‘October effect’

“Simply put, the Biden administration has no data points left behind which it can hide – the recession is confirmed.” — EJ Antoni, following the latest batch of economic data released by the Commerce Department

• Bottom fishing in a bear market? Needless to say, market sentiment is really bad out there. As mentioned last week, the American Association of Individual Investors’ Stock Sentiment Survey, a widely-followed market sentiment canary, had one of the five highest bearish sentiment readings in history (going back to 1987) at 60.9%. Currently, the CNN Business Fear & Greed Index is sitting @ 15, in ‘Extreme Fear’ territory. Geo-political risks have increased immensely this past week. We could go on…

In this environment, the $64,000 question is whether the market is imminently due for a tradable counter-rally, or whether sentiment/macro is so poor that the bottom falls out altogether. Either scenario is firmly on the table.

We would prefer defining capitulation price action to increase out confidence that a near-term bottom is in. In lieu of this, we’re staying disciplined with our 2 or 3 trusted indicators and letting the technical picture dictate when to dip our toe back into the water on swing trades. On beaten down sector emerging growth sectors like U.S. cannabis and psychedelics, we’re getting close to initiating a dollar-cost averaging strategy.

• Spooky October effect in the markets—fact or fiction? Every year, and particularly when price is rough, talk of a potential market crash inevitably creeps up in October. While some famous crashes have occurred in the month of Halloween—most notably biggies such as The Bank Panic of 1907, the Stock Market Crash of 1929, and Black Monday 1987—is it actually true that October is a scary month for equities? Not necessarily, according to Jeff Hirsch, editor of the Stock Trader’s Almanac.

According to Mr. Hirsch, market performance is highly depended on the election cycle. He notes, “The fourth quarter of the midterm years combines with the first and second quarters of the pre-election years for the best three consecutive quarter span for the market, averaging 19.3% for the DJIA and 20.0% for the S&P 500 (since 1949), and an amazing 29.3% for NASDAQ (since 1971).”

So while some of the worst crashes historically have occurred in October, it may be just happenstance rather than some sort of ‘October effect.’ Furthermore, it is an election year and a potential shakeup in Congress could be something the market is welcoming. Ultimately, we’re disregarding conventional wise tales and judging current price action on its own merits.

• September U.S. non-farm payrolls next on Fed’s watchlist: All eyes will be on the US non-farm payrolls report for September due Friday. Consensus is for a 250,000 person increase in hiring, alongside a 0.3% month-on-month gain in average hourly earnings. The national employment rate is expected to remain stable at 3.7%.

As with all important economic releases going forward, the market will be looking for clues that economic weakness is becoming more acute, thus slowing the FED’s rate tightening ambitions. Nothing would get their attention more than slowing job increases in combination with an increasing unemployment rate. But with that metric sitting at an historically-low 3.7%, there’s still a long way to go before unemployment really pops up on the Fed’s radar.