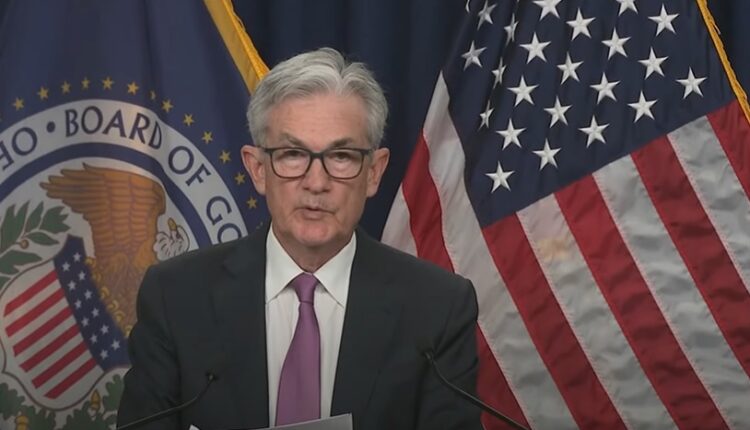 A group of bank regulators appointed by U.S President Joe Biden is considering new rules which will require big regional banks to add financial cushions that can be used in times of crisis, the Wall Street Journal reported on Sunday.

Bank of England should stick to 50bp rate hike despite Fed and ECB doing more, according to ING. They narrowly favor a 50bp hike on Thursday, taking the Bank Rate to 2.25%, although 75bp is clearly on the table and ING expects at least a couple of policymakers to vote for it.

European Central Bank must be resolute in its response to inflation rates that could reach the double digits later this year, according to Bundesbank.

France denied reports that state-controlled utility EDF had warned Italy it may halt its power exports to the country and reaffirmed its commitment to “solidarity” with its neighbors as Europe grapples with an energy crisis.

Goldman Sachs sees the Federal Reserve acting aggressively to tighten monetary policy through the rest of the year. That has Goldman cutting its U.S. Gross Domestic Product for 2023, to 1.1% from 1.5%, and sees the unemployment rate rising higher than previously expected.

Japan: Millions of residents are being urged to evacuate as a super typhoon heads for Japan’s southwestern Kagoshima prefecture in the Kyushu region. Typhoon Nanmadol, with wind speeds clocked as fast as 70 meters per second (157 mph), could bring stronger winds and heavier rain than most people have experienced.

Jerome Powell takes center-stage for commodities in coming days, with the Federal Reserve chief set to unleash another large rate hike that could pile more pressure on energy, metals and crops.

Loop Energy said on Sunday that its latest cell system can deliver better fuel economy than a diesel engine at current price levels. The Burnaby, British Columbia-based company said that – based on a pan-European diesel cost of $1.91 per liter on Sept. 5 and $10 per kg of hydrogen – a truck could travel just over 111 miles (179 km) on $100 worth of fuel using its new S1200 hydrogen fuel cell system versus a little over 109 miles for an equivalent diesel truck.

Omni, a Web3 wallet provider. announced that it had completed an equity financing of $11 million USD at a valuation of $50 million USD in May this year. The investors included MEXC Ventures, a fund under MEXC, as well as the Spartan Group, GSR Markets, Eden Block, OP Crypto, and more.

South Africa is facing a risk of an unprecedented level of blackouts this week after units at two of its coal-fired power plants broke down.

Teva Pharmaceutical Industries expects to finalize an opioid settlement in the United States by year-end and start paying in 2023, its chief executive said on Sunday, while also questioning the company’s very low share price.

Turkey is seeking membership to the China-led Shanghai Cooperation Organization as President Recep Tayyip Erdogan attempts to forge alliances with friendly countries in the East.

Voyager Space announced while at the International Astronautical Congress that the company has signed Memorandums of Understanding with the Colombian Space Agency, El Salvador Aerospace Institute, the Mexican Space Agency, the Guatemalan Association of Space Sciences and Engineering, and the Costa Rican startup Orbital Space Technologies.

“Beyond September, we continue to expect a 50 bps hike in November, but now anticipate another 50 bps hike in December, 25 bps higher than our previous forecast. With our February 2023 expectation of a 25 bps hike unchanged, our terminal rate forecast now stands at 4.50-4.75 percent, 50 bps higher.” — Nomura analyst Aichi Amemiya on CNBC-TV18

“If you’re going to do this right, then what’s been happening in the past nine months is totally irrelevant. If you’re investing for the next five to 10 years, this is just an ordinary blip in the marketplace, and you ignore it.” — Ric Edelman, founder of Edelman Financial Services, commenting on Bitcoin’s bearish price action

“You’ve got to break Apple, Amazon, Microsoft, Tesla, and Google. They’re disconnected from their long-term valuations. Apple has a sequential drop in its sales and earnings and the stock just goes up. It makes absolutely no sense. In a bear market, growth dies.” — Jeff Bierman, former chief market technician at TD Ameritrade, on why stocks have further downside