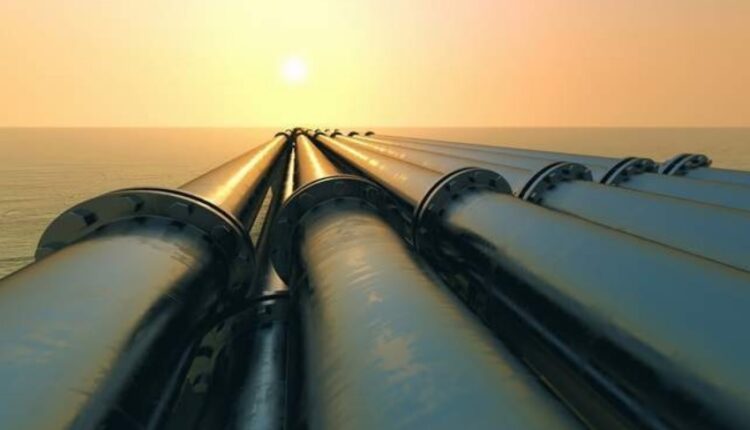 Bayer AG agreed to pay $40 million to settle claims over its alleged use of kickbacks and false statements related to three prescription drugs, the U.S. Department of Justice said on Friday.

Bed Bath & Beyond announced that Gustavo Arnal, Executive Vice President and Chief Financial Officer of the Company, passed away on September 2, 2022. The entire Bed Bath & Beyond Inc. organization is profoundly saddened by this shocking loss.

Blade Therapeutics, Inc. announced the presentation of positive data from Phase 1 and preclinical studies of cudetaxestat, an investigational non-competitive autotaxin inhibitor in clinical development for IPF and other fibrotic diseases. The data were featured in a poster presented at the European Respiratory Society (ERS) International Congress 2022, taking place in Barcelona, Spain, from September 4-6, 2022.

Boeing: Israel will ban Boeing 747 and similar aircraft with four engines as of March 31, 2023 to reduce noise and air pollution, its airports authority said on Sunday.

California declared a power grid emergency Monday as a blistering and sustained heat wave threatens to push the state’s electricity system beyond its limit.

Credit Suisse is considering cutting around 5,000 jobs, about one position in 10, as part of a cost reduction drive at Switzerland’s second-biggest bank, a source with direct knowledge of the matter told Reuters.

Group of Seven industrial nations pledged on Friday to cap the price of Russian oil on global markets. The plan aimed to limit the Kremlin’s revenues and the ability to fund the war in Ukraine, as well as reduce the war’s impact on inflation and energy prices.

Japan’s Universal Entertainment said on Sunday its local representatives in the Philippines have taken over the operations of the Okada Manila gambling resort, the latest step in a long-running ownership dispute.

NASA is postponing its Artemis I launch again, after making a second attempt to get the mission off the ground on Saturday.

Pulmonx Corporation announced the presentation of interim results from the CONVERT Study at the 2022 European Respiratory Society (ERS) International Conference. Data on the first 40 patients in the study demonstrated that treatment with the AeriSeal System successfully converted the collateral ventilation (CV) status in 78% of patients who were subsequently treated with Zephyr Valves.

Russia’s gas supplies to Europe via the Nord Stream 1 pipeline will not resume in full until the “collective west” lifts sanctions against Moscow over its invasion of Ukraine, the Kremlin has said.

Sweden’s government will provide Nordic and Baltic utilities as much as 250 billion kronor ($23.2 billion) in credit guarantees as it seeks to prevent Russia’s energy curbs from setting off a financial crisis.

Wendy’s E. coli outbreak spreads to more states, the CDC says. The outbreak is believed to be linked to lettuce at Wendy’s restaurants has spread to New York and Kentucky

“I think we have to go back and test that level. “I don’t think the bear market is necessarily over, (though) what I don’t see is a massive decline from here.” — Bob Doll, CIO of Crossmark Global Investments of whether on the S&P 500 retesting the 2022 lows

“This data does little to derail the Fed from its current monetary policy path. We call on the Fed to lift the policy rate by 75 basis points, and it should attempt to lift the Federal Funds rate to 4% by the end of the year.” — RSM chief economist Joe Brusuelas, after this past week’s solid August jobs report

“We believe it likely that the United States will struggle to regain above-trend growth in the quarters ahead… We place the likelihood of a U.S. recession at about 25% in the next 12 months and 65% in the next 24 months.” — Vanguard Group, September 1

“We see incessant attempts to shift responsibility and blame onto us. We categorically reject this and insist that the collective West – in this case, the EU, Canada, the UK – is to blame for the fact that the situation has reached the point where it is now.” — Kremlin spokesman Dmitry Peskov, on the indefinite halt on gas shipments to Europe until sanctions are lifted

Jupiter Neurosciences (NASDAQ:JUNS) scheduled to start trading on September 7 (IPO): Jupiter Neurosciences, Inc. is a clinical stage research and development pharmaceutical company that has developed a unique resveratrol platform product primarily targeting treatment of neuro-inflammation. The product candidate, called JOTROL, has many potential indications of use for rare diseases, primarily targeting Mucopolysaccharidoses Type 1, Friedreich’s Ataxia, and MELAS and with ALS in an earlier development stage. In the larger disease areas, we are primarily targeting Mild Cognitive Impairment/early Alzheimer’s disease with an early development program in TBI (traumatic brain injury)/concussions.

The company is raising $15 million by issuing 2.5 million shares at between $5.00-7.00 per share. Spartan Capital is acting as the sole book runner for the deal.

Several Non-U.S. Central Banks are meeting: Several sovereign central banks are meetings to determine whether to raise their benchmark interest rates. The Reserve Bank of Australia, European Central Bank and the Bank of Canada are all on record ready increase rates as needed to tackle inflation. The ECB is expected to hike rates 75 basis points (although 50 BPs are still in play) while the BoC will meet September 7 to determine how much it hikes (75 basis points is likely).

We will be watching to see whether these central banks piggyback or diverge from Jerome Powell’s hawkish disposition at Jackson Hole. For now, most western CBs appear to be firmly following the Fed’s lead while economic indicators remain somewhat stable.

Continuation in the U.S. cannabis sector (MSOS)? After a strong week of Aug. 22, U.S. MSOS and component stocks took a breather last week. with MSOS finishing lower 0.46% even as both the NASDAQ and S&P 500 declined over 3 percent. But with Congress reconvening following the annual summer recess, there appears to be renewed determination to pass federal cannabis legislation before a new Congress sits on January 3, 2023.

Of course, it could be a case of jawboning by key Democratic Senators which have seen their Cannabis Administration and Opportunity Act fail to garner interest across the isle. But with Republicans threatening to take over the House and Senate in the November midterms, Senate Democrats may have one last chance to attempt to push something through and help an industry that has been stuck in legislative gridlock since Joe Biden was elected president. We view strong price action in MSOS, or a lack thereof, to be the near-term voting mechanism of traders betting on the possibility of reform.