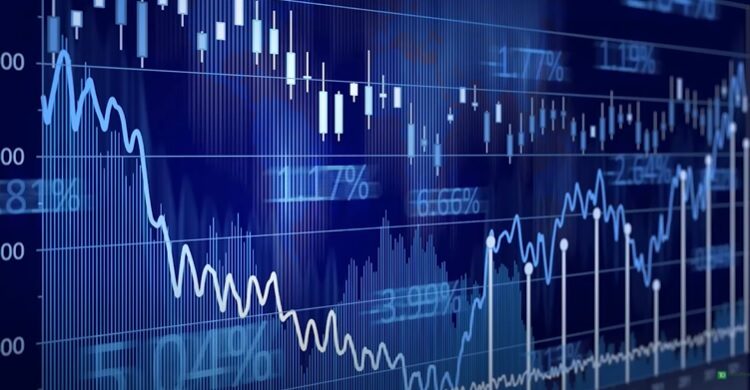 Chief Investment Officer of Anson Funds and purported short seller Moez Kassam has gotten the best on many long-focused investors over the years. With returns that were up to three times more than the typical yearly returns churned out by competitors long-short funds, both parties have come under scrutiny for their eye-popping results. But it hasn’t been all smooth sailing for Moez and Anson Funds. On at least one occasion nearly four years ago, their short selling maneuvers purportedly backfired in a major way by news that would sweep the cannabis industry like a tidal wave.

That day occurred on August 15, 2018, when leading beverage alcohol company Constellation Brands (NYSE: STZ) announced a significant expansion of their strategic partnership with Canopy Growth by investing C$5 billion into the company. Constellation increased its ownership interest in Canopy Growth to around 38 percent by acquiring 104.5 million shares directly from the company—including the exercise of existing warrants, acquired in 2017. In turn, the news caused a vicious rally in the entire Canadian cannabis complex, which had been mired in a deep summer bear market decline.

Prior to the news, Canopy Growth had declined 32.68% since the beginning of summer 2018, and most of its competitors had experienced similar, if not greater, declines. As the chart below shows, the Constellation news instantly changed market dynamics, with WEED recovering almost its entire to-date summer losses in the session immediately following the announcement (↑31.25%, 15/08/18). Canopy Growth went on to rally an additional ↑76.42%, trough-to-peak, over the next 14 sessions.

So while shorting the cannabis market was a profitable endeavor before the Canopy-Constellation news, being caught short afterwards was not a good place to be.

This is exactly the scenario portrayed by former Canopy Growth CEO Bruce Linton, who explains that Moez Kassam was caught completely off-guard by the transaction, which sent the Canadian cannabis sector to the stratosphere:

I had a guy who was an investor—it was actually Moez (Kassam) at Anson (Funds). And he did lots of calls, but he calls me and goes—something he said he goes, um, “You saved them all, I should call you ‘Jesus’ I think was his phrase or something. But, you killed me because I was short on a bunch of these things (stocks) ’cause I thought everything was, you know, the whole thing just—the corner turned and if you were short shit, that was not like—but I thought… very highly of him because he didn’t entirely sit in pity based on his own self interest. But he reached out in congratulation.

Naturally, Bruce could not provide context to the extent or severity of potential losses, it’s a fair bet the sums involved were significant. According to docoh, Anson Funds had somewhere in between $500-700 million in assets under management in 2018 and were not known to be shy to deploy it on the short side. While any additional commentary is unfounded speculation, Bruce did paraphrase that Moez was “short on a bunch of these things (stocks)”.

Subsequent research, which has not been corroborated in a court of law, claims that Moez Kassam and/or Anson Funds participated in several Canadian cannabis short attacks, including those perpetrated on Zenabis, Tilray and Aphria. Purportedly, this includes direct involvement in the infamous Hindenburg short report on Aphria, where the value of several international company assets and operating practices were put into question.

Eventually, the unusual outsized returns and investor scrutiny would catch up to Moez Kassam and Anson Funds.

In December 2021, news broke that the U.S. Justice Department launched an expansive criminal investigation into short selling by hedge funds and research firms which included Anson Funds. In particular, authorities were interested in untangling the financial relationships between hedge funds and researchers, looking for signs that money managers sought to engineer bear raids or engage in other abuses. Several other prominent firms were ensnared in the investigation, including anonymous researcher Marcus Aurelius Value, Carson Block’s Muddy Waters Capital and Andrew Left’s Citron Research (since retired from issuing short research reports).

Subsequent to the investigation, it was reported that Anson Funds was among a smaller number of firms that were subpoenaed directly, according to people familiar with the matter.

While Mr. Kassam has come under intense scrutiny, his engagement towards charitable causes has flown under the radar. Whether this is a calculated attempt to reform his image during trying times is unclear. Nevertheless, Moez deserves credit for his generous donation towards a very worthy cause.

Late last month, Sinai Health celebrated a gift that will bring its leading women’s and infants program to communities across India, Pakistan, Bangladesh and Sri Lanka through the launch of a new fellowship program. The $2.5 million donation from the Moez & Marissa Kassam Foundation will see the creation of a Neonatal Intensive Care Unit Fellowship at Mount Sinai Hospital in Toronto, to be named the Moez and Marissa Kassam Fellowship Program in honor of their generous contribution.

The Moez and Marissa Kassam Fellows will be selected for an opportunity to learn from world-leading experts in the Frances Bloomberg Centre for Women’s and Infants’ Health at Sinai Health. The goal is to have these trainees take their expertise back to their home countries to strengthen neonatal services in their communities.

The Moez & Marissa Kassam Foundation was formed in 2016 to promote the vision of a more equitable society.