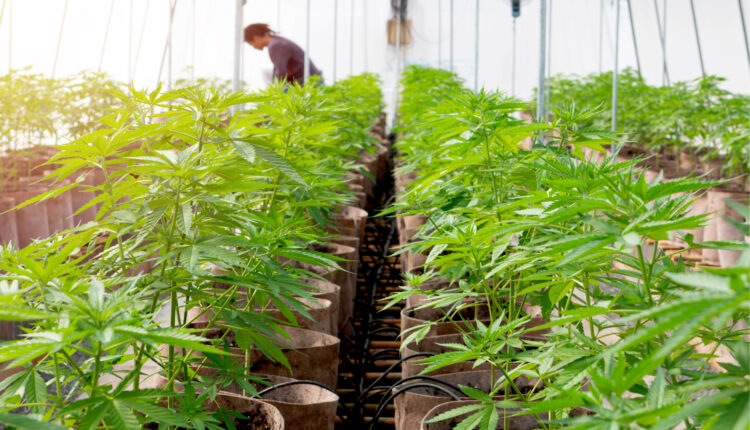 California-based vertically integrated Glass House Brands Inc.(OTCQX: GLASF and GHBWF) announced this week that Mark Vendetti has been appointed chief financial officer of the company. This c-suite shakeup brings Vendetti, who is a veteran of vertically integrated cannabis company Canndescent, into the fold of one of the best poised California single-state operators to one day dominate the national market.

Glass House is particularly known for its greenhouse style of growing, which combines the energy-efficient and terpene-bosting benefits of sun-grown cannabis with the quality control offered by greenhouse environments. Personally, it’s a company I’m very excited to follow as legalization continues because I think they have a unique cultivation style that they have proven can be scaled. In an age where global warming rages on, more environmentally friendly ways of growing cannabis will be prized. Glass House, then, should be well-positioned to take advantage of this market factor.

Vendetti has over 30 years of finance and accounting experience focused on consumer-driven product companies across several industries, including cannabis— his toolbox of qualifications and capabilities includes strategy development, M&A and due diligence, cash flow and liquidity management, dashboard implementation and analytics, organizational design and development as well as Sarbanes–Oxley compliance and internal controls. Besides Canndescent, where he was also CFO, he has previously workedProcter and Gamble, XM Satellite Radio, Abercrombie and Fitch, Bauer Hockey and Mattel. He holds a BA in mathematics from Amherst College and earned an MBA from Harvard University.

As for Vendetti’s new employer, things are looking pretty good for Santa Barbara-based Glass House Farms, which went public this past summer, though the deal lost them an investment from Jay-Z’s The Parent Company. The company just acquired 5.5 million square feet of cultivation facilities, which puts them on track to one day becoming the largest cannabis cultivator in the world.

“I joined Glass House for several reasons,” Vendetti said in an interview regarding not only why he came aboard, but also why he thinks the company is poised for long-term success. “First, there is the talented management team led by Kyle and Graham,” he said of CEO and president Kyle Kazan and Graham Farrar, respectively.

“Second is the cultivation platform which now includes the Camarillo farm. The company is in a position to be an extremely low-cost producer of high-quality cannabis at a scale that will be unrivaled in the US. Even before the addition of Camarillo, Glass House was well prepared in this regard,” Vendetti explained, referring back to Glass House’s massive cultivation acquisition.

“Third, the company is well situated in the brand space with the Glass House Farms brand, which has gone from a new brand to one of the largest flower brands in California in a very short period of time,” Vendetti said. “Finally, the company is expanding its retail footprint aggressively. This allows the company to stay close to consumers which is extremely important, and it provides a platform for the growth of Glass House brands which do better in Glass House-owned stores. The combination of these provides a platform that will enable Glass House to become one of the largest vertically integrated cannabis companies in California.”

Vendetti acknowledges that though Glass House is currently focused on dominating California, they are clearly looking ahead to interstate commerce, which many in the industry are speculating could come before actual federal legalization.

“We are focused on California as it is the biggest market in the country and none of our plans count on interstate commerce in any way,” Vendetti said.

“But with the Camarillo farm, we will be in a position that, if and when interstate commerce does become legal, we can rapidly scale up our production in a way that few, if any, others will be able to,” Vendetti said. “We will be able to sell large amounts of cannabis across state lines and target states with the highest returns, and we feel that California cannabis will have a certain cache that will make it attractive throughout the country,” he added, echoing a common refrain heard among California cannabis growers, who know they have a branding advantage due to the state’s history of cannabis cultivation, as well as its temperate climate that is ideal for cultivating cannabis outdoors — a capability companies in many states don’t have.

Vendetti says he hopes to be able to share more from an investor relations perspective once he’s under the hood more, and hints at news to come on that front in 2022. ​​

“We are thrilled to welcome Mark to the Glass House team as our new CFO,” said Kyle Kazan, chairman and chief executive officer of Glass House. “Mark brings a wealth of experience as a CFO in the public markets and a work history across several different sectors including retail, manufacturing, consumer goods, e-commerce and the cannabis industry to boot. We believe his vast knowledge and deep industry experience will make Mark a strong addition to our team as we continue to execute on our vertically integrated corporate strategy and embark on this next phase of company growth.”