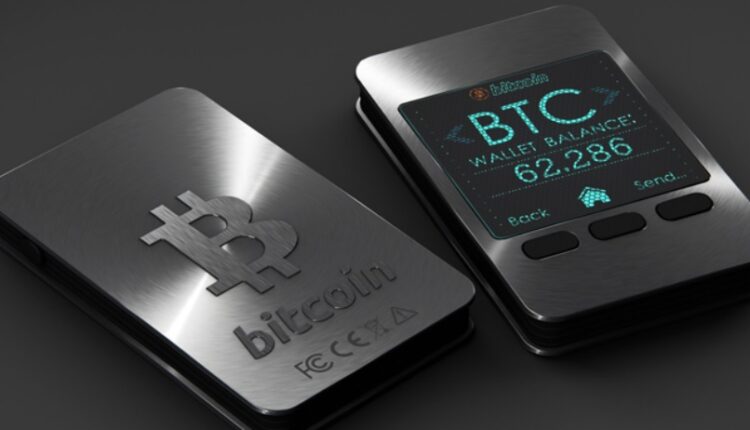 There may be some good news amid the collapse of FTX FTT/USD as Bitcoin BTC/USD holders finally decided to do as they preach and move their coins off exchanges following the adage, “not your keys, not your coins.”

Bitcoin is moving en masse off of cryptocurrency exchanges after the collapse of Sam Bankman-Fried’s FTX has shown the community that no managed solution is safe — and there is no better place for your crypto than a hardware wallet.

Data provided by Coinglass shows that exchanges now hold 9.4% fewer Bitcoins compared to the balance of 2.02 million coins on Nov. 10. The current number is 1.83 million Bitcoins. This means that over the last seven days 190,000 BTC left exchanges — equivalent to $3.14 billion at current Bitcoin prices.

Usually, it would be a safe assumption that all this Bitcoin moving off exchanges has been due to investors accumulating for the long-term and moving coins for safekeeping. But additional data shows that this time something is different.

The Bitcoin community is taking cybersecurity and decentralization seriously enough, spurred by the FTX disaster. One data point that proves this is recent reports that Trezor, a major cryptocurrency hardware wallet producer, is seeing a 300% surge in sales following the fall of FTX.

During a recent interview with Cointelegraph, Josef Tetek, the firm’s brand ambassador, said that the uptick started when rumors of FTX’s insolvency started circulating. Tetek added, “We expect this trend to continue in the short to mid-term, as the contagion of FTX failure continues to unwind and Bitcoin or cryptocurrency holders lose trust in custodians and finally start to explore their options to self-custody their digital assets.”

Not Your Keys, Not Your Coins

For the average consumer, a hardware wallet is the safest option for the safekeeping of cryptocurrencies. To newbies, it may be counterintuitive that they can keep their coins safer than a company that may be spending millions on cybersecurity in any given year.

From a cybersecurity perspective, cryptocurrency exchanges keep at least thousands — if not hundreds of thousands — more assets than a single user can hold. For this reason, an attacker group can easily decide that it is worth significantly more effort to attack such an exchange.

Furthermore, nearly all hacks stole money from cryptocurrency exchange’s so-called hot wallets. This kind of wallet is a wallet that is accessible online and is easier and faster to use but less secure, and crypto exchanges need them to allow for automated and fast withdrawals.

A hardware wallet is a so-called cold wallet. This kind of wallet never exposes the private key — which allows users to sign crypto transactions — to an internet-connected device such as a server or a computer. Instead, in a hardware wallet, the key is used to sign the transactions in an offline environment. Then the already-signed transaction is sent to an internet-connected device such as a computer or a smartphone for broadcasting.

Then FTX also reminded the community of another important advantage of holding their coins in a private and unmanaged wallet. Crypto companies often go bankrupt and keeping your coins in a private wallet will let you keep access to your asset when a platform fails.