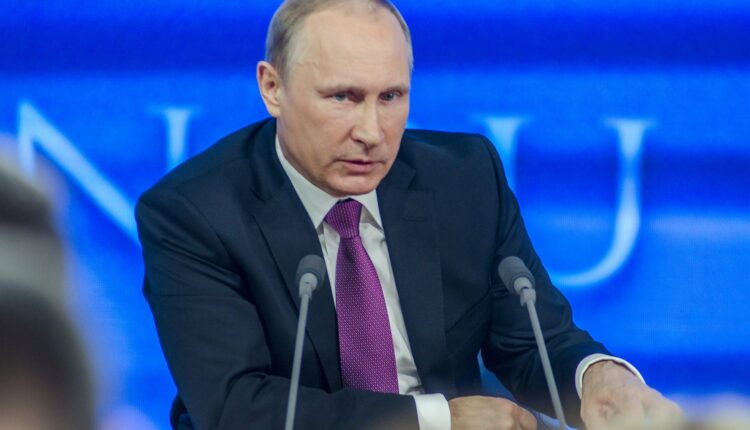 Though plenty of self-proclaimed political scientists on Twitter and other social media platforms insisted Russian despot Vladimir Putin would never launch a full-scale invasion of the country’s neighbour to the west, he did exactly that earlier this week. Those who paid close attention to Putin’s tone and body language during speeches throughout the previous couple years weren’t surprised by the attack.

Putin’s ego and insatiable hunger for power have sent the Russian economy into a tailspin and also caused global markets to seesaw. Both cryptocurrencies and stocks slid earlier in the week only to bounce back by the week’s end.

Bitcoin began Thursday down more than 7% as investors pulled their money out of the cryptocurrency following Russia’s invasion of Ukraine.  The massive invasion also prompted investors to divest from stocks.  However, both the crypto market and the stock market bounced back to end the week as bargain-seekers swooped in to take advantage of irresistibly low prices.

The mainstream media’s admirable coverage of the ongoing war in Ukraine provided investors with much-needed clarity pertaining to the extent of the military invasion as well as Ukraine’s resistance to the imperialist power grab.  The comprehensive coverage gave cryptocurrency investors the confidence necessary to move their money back into the market.

President Joe Biden had warned of an imminent invasion earlier in the week.  His prediction came true midweek when Putin invaded Ukraine despite not being provoked to do so.  Biden has promised Putin will bear consequences for the invasion.  The leader of the land of the free and the home of the brave has hit the authoritarian regime with economic sanctions yet he has not personally sanctioned Putin.  Nor has the United States forced Russia out of the SWIFT international financial system.

Investors responded positively to Biden’s sanctions as they will harm Russia’s economy and possibly prompt the end of the war in Ukraine.  If Russia is no longer allowed to do business in the worldwide economy, it won’t stand a chance of reestablishing its expansive Soviet Empire from decades ago.  The underlying aim of Biden’s economic sanctions is to reduce Russia’s economic and military might across the long haul.  However, it might take months or even years for the sanctions to make the intended impact.

The week coming to a close will go down in history as one of the most dramatic in the history of Eastern Europe as well as global stock markets.  It is quite possible Russia’s naked aggression against its neighbors to the west will spark a worldwide conflict that sets the stage for World War III.  It is also possible that NATO will step in to defuse the situation in the weeks ahead.

Though everyday people living and working in the United States have no control over geopolitical affairs, they are empowered to make prudent financial decisions.  Some traders decided to exit the market midweek, sending the S&P 500 down 2.5% in a single day’s time.  The index eventually recovered and traded up slightly more than 1%.  The Dow and Nasdaq also slid but recovered in unison with the S&P 500.

Bitcoin is no longer considered to be the digital form of gold as evidenced by its considerable volatility amidst this week’s uncertain geopolitical scene.  The popular cryptocurrency dropped nearly 8% after the invasion of Ukraine yet bounced right back.  At the end of Thursday, bitcoin was up by nearly 4%.  Ether proved especially volatile, sliding nearly 11% prior to closing up 2.2% for the day.