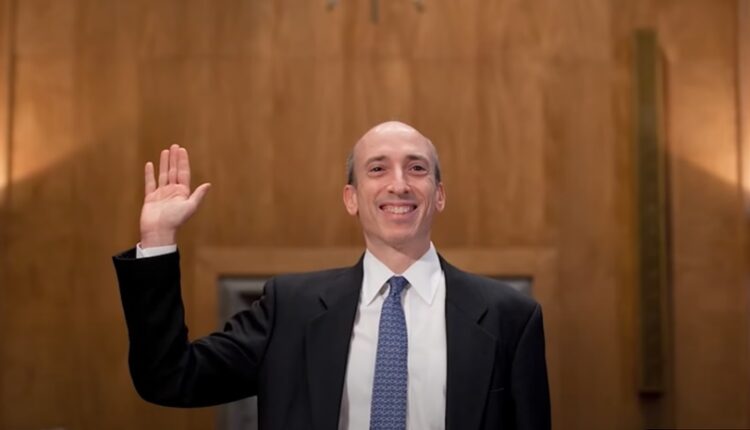 Investor and entrepreneur Mark Cuban took to Twitter Inc TWTR-5.79% Monday to criticize SEC Chairman Gary Gensler and his latest comments on cryptocurrency regulation. Here’s what Cuban had to say.

Gensler wrote an op-ed in the Wall Street Journal titled, “The SEC Treats Crypto Like the Rest of the Capital Markets.”

“The SEC will serve as the cop on the beat. As with seat belts in cars, we need to ensure that investor protections come standard in the crypto market,” Gensler said.

The Securities and Exchange Commission Chairman argued that crypto should not be treated any different than the rest of the capital markets “just because it uses a different technology.”

SEC Chairman Gary Gensler used the case of BlockFi and its high-yield interest accounts, which resulted in a $100 million settlement with the SEC and other regulators. Gensler said the issue was not issuing required disclosures to investors.

“Fortunately, there is a path forward. I encourage platforms offerings crypto lending to come in and talk to SEC staff. Getting these platforms into compliance with the securities laws will benefit investors and the crypto market.”

Cuban issued a stark response on Twitter and questioned Gensler’s comments on how companies can communicate with the SEC.

“Come in and talk to who? Set up an appointment how? You using Calendly these days? Since you understand crypto lending/finances, why don’t you just publish bright line guidelines you would like to see and open it up for comments?” Cuban tweeted in response to Gensler.

“If you were working on behalf of investors you make it easy for questions by investors and businesspeople to be asked and answered. You make it near impossible. Those can’t afford lawyers can only guess,” Cuban said to a tweet by Gensler last year.

Cuban is one of the most prominent investors and personalities in the cryptocurrency space. The entrepreneur has investments in OpenSea, CryptoSlam and SuperRare.

Cuban has been critical of the SEC and Gensler’s take on the crypto market. Last month, Cuban criticized SEC Chairman Gary Gensler and how it was considering classifying crypto as securities on the Coinbase Global Inc COIN+0.91% platform.

That’s the nightmare that’s waiting for the crypto industry. How else do you keep thousands of lawyers employed and create reasons to ask for more taxpayer money?

The recent bankruptcies and problems from cryptocurrency companies could play in the favor of Gensler’s comments.

“In recent months, some crypto lending platforms have frozen their investors’ accounts or gone bankrupt. When it comes to bankruptcy, these investors have to get in line at the court,” Gensler wrote.

Cuban’s comments back to Gensler shouldn’t be ignored with many in the cryptocurrency space calling for more clarity from the SEC for months or years.

Cobie’s reply received more likes than Gensler’s original tweet, prompting many to point out the fact that the SEC chairman was ratioed on Twitter.